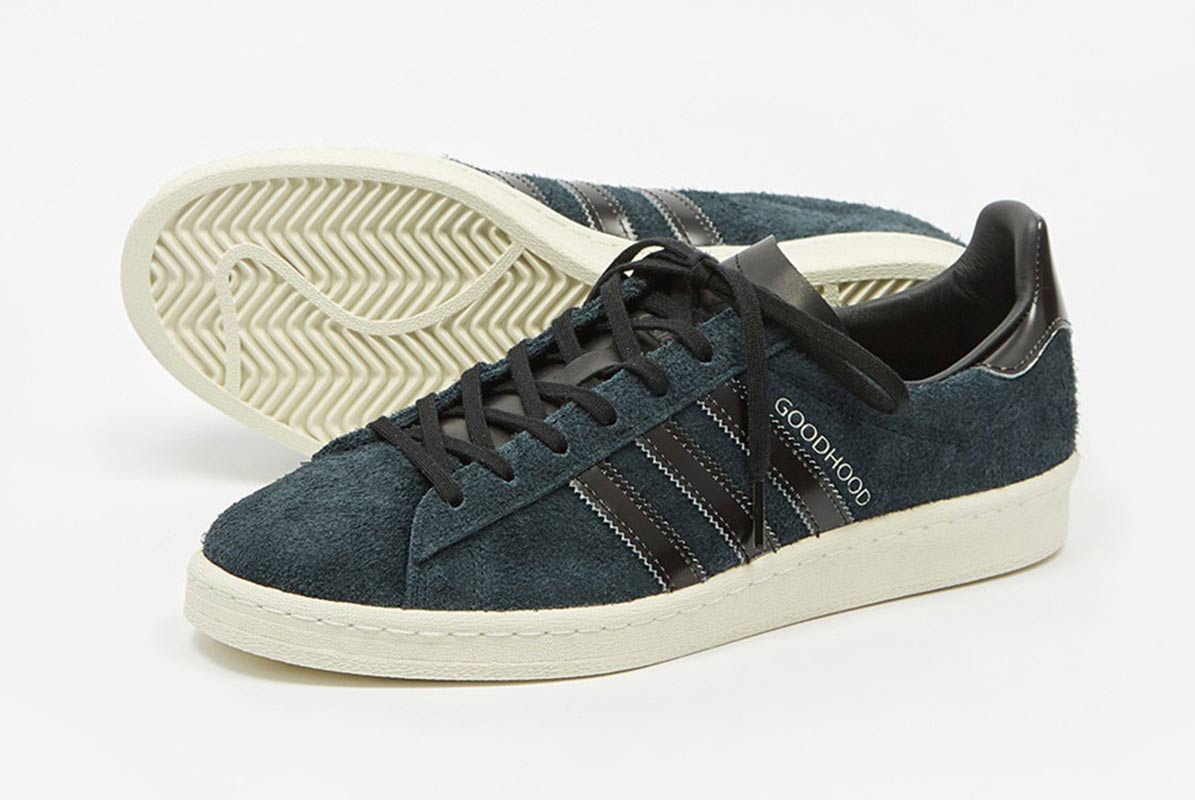 Alternative retailer Goodhood have recently announced a new collaboration with the leading sportswear brand, and a much loved favourite, adidas.

The adidas Campus 80’s are the underdog sneaker of the adidas collection. Similar to other models such as the classic Stan Smith, adidas Superstar or the adidas Gazelle shoes, Campus 80’s are the epitome of 80’s style, casual footwear. The adidas Campus model was originally named the ‘Tournament’ which was debuted in the 1970’s. The following decade, the shoe got a revamp and was then renamed the ‘Campus’ shoe. Originally, the design was intended to be worn on the court, for sports such as basketball. However, as the design evolved, it became more of a skate shoe, as it had less technicalities, a flexible upper and flat sole. The soles of the shoes were made of vulcanised rubber, which was invented by Charles Goodyear in the 1800’s – something which he was later granted patent for in June 1844. 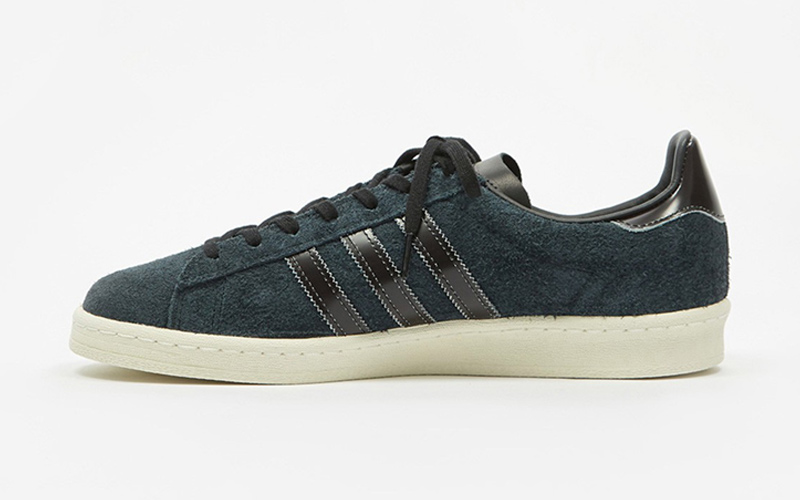 Throughout the later 1980’s and 90’s, the adidas Campus became a shoe staple for pop and hip-hop icons across the music industry. A huge trend in New York City, the Campus model was seen to be worn on stars such as The Beastie Boys and Run DMC. As the shoes themselves were idolized by fans and fashion enthusiasts alike, the classic adidas Three-Stripes and Trefoil logo became a core image for hip-hop culture and contemporary fashion.

Now, the adidas Campus shoes still holds its original shape. The soft suede uppers give a luxury type of feel, whilst still being super sturdy and durable for outdoor wear. The classic three stripes come in a leather material on both lateral and medial sides of the shoe, finished with a super chunky rubber sole for comfort and added style. 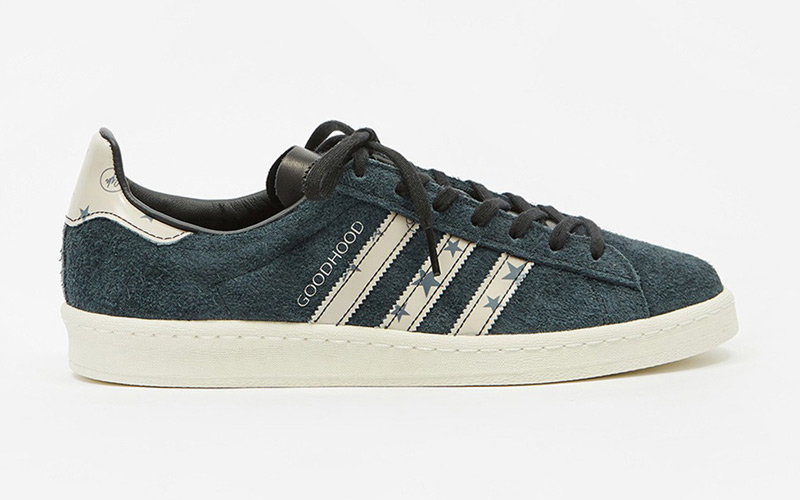 The collaborative project between adidas and Goodhood has some exciting surprises, hidden within this retro silhouette. At first glance, the Campus 80 colourway consists of black brushed suede on the upper, with a black patent material used on the heel and for the Three-Stripe detailing on the sides. The laces and eyelets are black alongside the black leather tongue underneath, for a cool, toned down finish. However, these shoes are heat reactive.

Heat reactive technology is one which has slowly been evolving within the fashion industry over the past few years. Brands such as Stone Island have been on the forefront of developing this technology, with products such as their thermo reactive jumpers and outerwear pieces. The garments grabbed a huge amount of attention when they first debuted. Paving the way for other brands and collaborators such as this one, it’s really great to see labels becoming more experimental with designs, whilst making them more available to a variety of different markets and budgets. 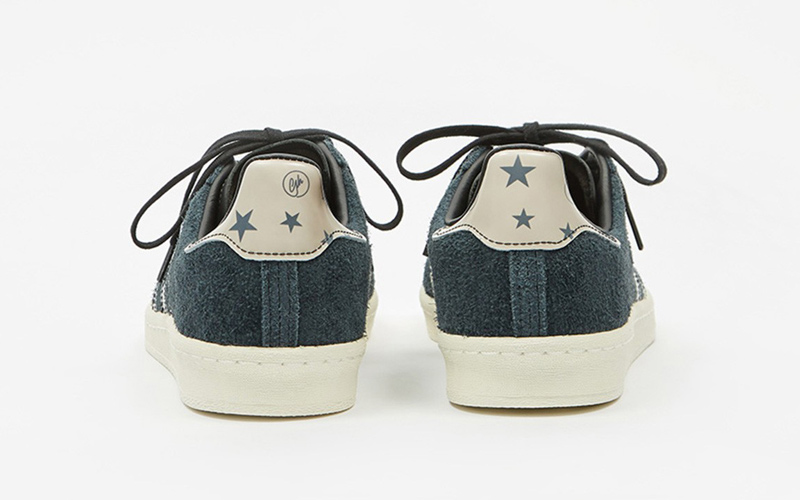 The colour-altering fabrics subtly feature across the design of the adidas x Goodhood Campus 80. When met with an increase in temperature, the black patent detailing of the shoes change to a clean white, which is emblazoned with navy blue stars and a Goodhood logo motif. Now, we’re not asking you to set your feet on fire – unlike the advert… Hopefully just a nice warm day or a good summer holiday (which we can agree we’re all in need of right now) will do the trick just fine. You can see the colour changing process on the new campaign video, which is shown above.

The shoes will be available via raffle on the Goodhood website, which closes on the 27th May. The adidas x Goodhood Campus 80’s will retail at £110 and are sure to be a straight sell out. You can enter the raffle by clicking here.

Take a look at more release news and content by clicking here, or check out our exclusive sales and discount codes page here.