Born in Devon (South West England), Neil Barrett took an interest in fashion from a young age. As a university post-graduate, the fashion mogul began working for top fashion house, Gucci. After five years, Barrett then landed himself a place working for Prada, where he proposed the idea of a menswear line to its own CEO Patrizio Bertelli. After just 8 months of work, Prada’s first menswear collection was born. Barrett developed Prada’s signature minimal aesthetic which merged the construction of luxurious Italian fabrics and craftsmanship with the concept of high-tech sportswear and contemporary menswear silhouettes. Barrett’s work has somewhat shaped the Prada Menswear lines ever since, a concept which Prada consistently keep within their newest designs in their approach to a consistent brand identity.

In 1999, the eponymous brand Neil Barrett was founded, which made its first catwalk debut the following year at Pitti Uomo, Florence. Known for its distinct, innovative designs, Neil Barrett specialises in creating contemporary renditions of classic menswear pieces which prioritise the use of quality fabrics and perfect construction techniques. The diversity of the brand is what makes it stand out within the current luxury market, being one which incorporates a stylish yet practical approach to both tailoring and sportswear elements within its own products. As the Neil Barrett label has grown, celebrities such as Brad Pitt, Ewan Mcgregor and Orlando Bloom have acknowledged their appreciation for the brand, and the designer even created an exclusive Neil Barrett wardrobe for Justin Timberlake for his ‘20/20 Experience Tour’.

Continuing to push boundaries of innovation within current menswear trends, Neil Barrett has recently collaborated with wearable boombox brand ‘WizPak’ to create their first collaborative wearable sound system. The limited edition boombox backpack comes in two colourways of a monochromatic black on black, and a black and white design, featuring the signature ‘Thunderbolt Fairisle 3D’ print and ‘Kefia Camouflage’ lining. Produced by hand in the Neil Barrett Italian bag factory, this backpack is made of a water-resistant nylon twill and Italian calf leather exterior. The suede lined raw cut top flap is secured with two black branded buckles, and there’s a secret zip pocket to store away your most valuable items. The 3D mesh back provides breathable comfort, whilst the two adjustable straps are also padded for ease of the shoulders. Metal studs which sit underneath help to protect the bag from exterior damage whilst the overall look is finished with hand polished silver hardware.

However, this bag’s not just a pretty face. Featuring a 40W 2.1 stereo speaker and 3D surround sound system, this bag is guaranteed to get the party started wherever you go. With up to 14 hours of playable battery life, you can connect any wireless Bluetooth device to the speaker for music and audio. The AUX port fits a 3.5mm jack providing you with an opportunity to plug in instruments or microphones, alongside 3 USB ports that will provide charge to any device.

The bag measures at 45 x 35 x 17 cm (approx. 17.7 x 13.8 x 6.7 inches) which is perfect for carrying day to day. A stylish and functional purchase, this bag isn’t for the faint hearted, retailing at £1,790. The limited-edition release dropped only yesterday, but is certainly not one to sleep on, with a production number of just 30.

Check out our new ‘February Focus feature here, where in the first article we take a look at the new Stone Island SS20 collection, which features the new ‘Ghost Piece Sweatshirt’. 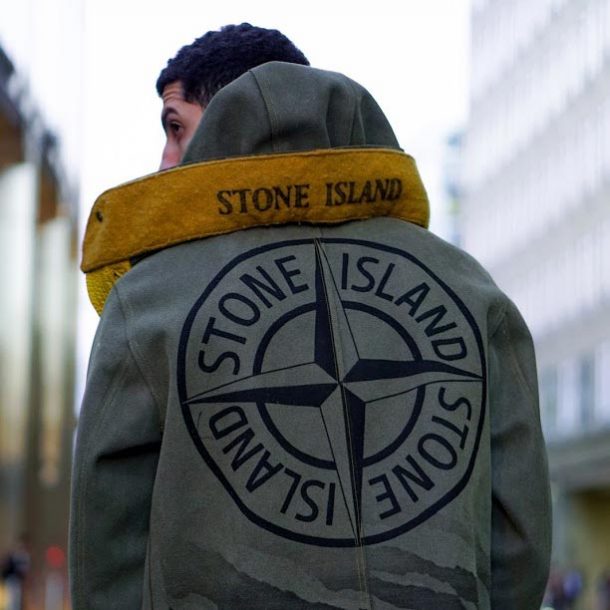