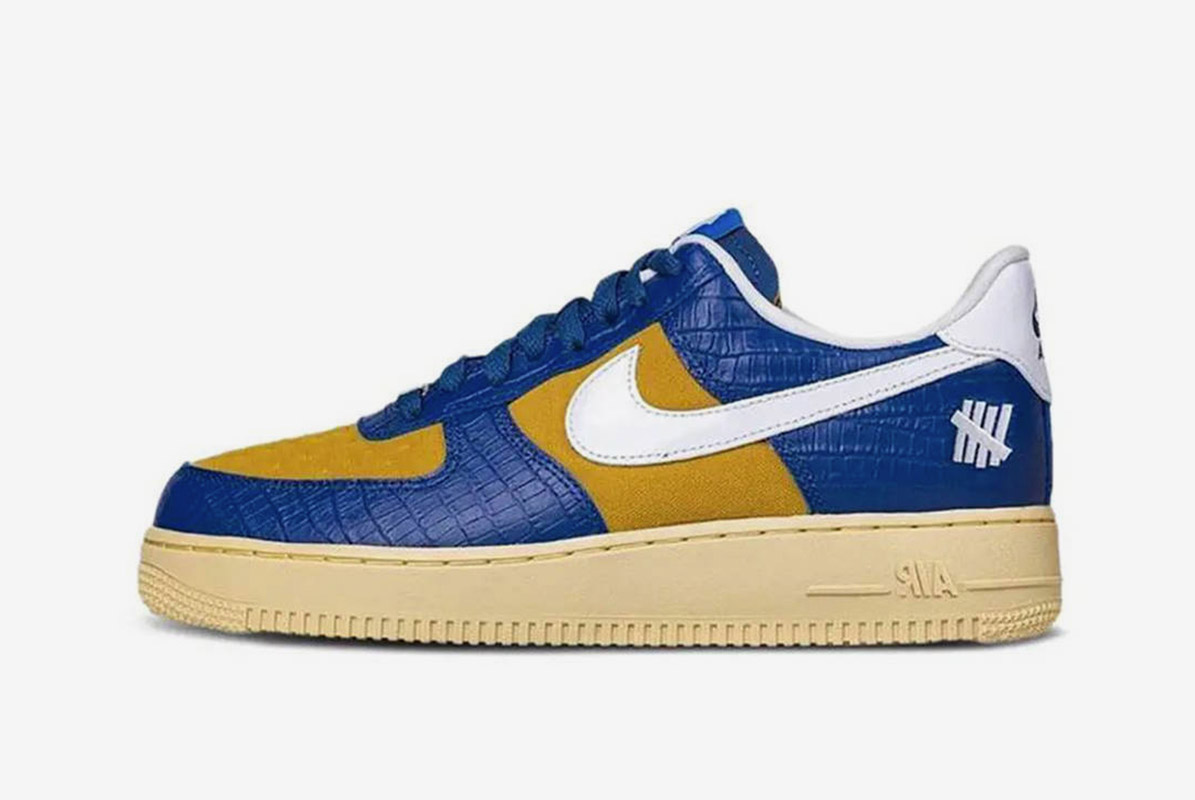 Nike’s Air Force 1 was first produced in 1982, then discontinued in 1984. It was re-released in 1986 and its popularity has been increasing ever since. They’re back again with the UNDEFEATED x Nike Air Force 1 Low Blue Croc, with faux leather croc skin overlays built across the blue overlaying panels that wrap around a suede yellow base. The creps are also decorated with UNDFTD’s signature five-strike logo on the lateral heel in white.

The trainers are set to release 20th August. Set your alarms!