During this time of uncertainty, with a seemingly endless stream of days and weeks in quarantine artists have taken this opportunity to drop fresh music giving us the vibes we need during lockdown as well as hyping us up for what will hopefully still be a great summer. In that lineup of artists is Tinie Tempah, who is no rookie in the game and has dominated the music scene for over a decade, his latest single “Moncler” which dropped on the 29th of April is ironically, (given that Moncler are known for their heavy winter outer wear) nothing short of a summer hit.

Patrick Chukwuemeka Okogwu or as he is formally known Tinie Tempah began his career in 2005 joining the Aftershock Hooligans. Together he and his Hooligans released several singles together as well as his first solo mixtape “Chapter 1: Verse 22”. In 2006 his singles “Wifey” and “Tears” gained him a lot of airplay on Channel U helping solidify his standing as an artist which helped following the termination of his partnership with Aftershock records later that year.

Tinie, now an independent artist teamed up with his cousin and created “Disturbing London” with the main objective to act as an outlet for his music but also extend that platform out to other independent artists. It wasn’t until his 2009 performance at Wireless festival where he was scouted by Jade Richardson for Parlophone records and in October that year he announced the new deal with the label by running a competition on his blog, where the winner was invited for high tea at Claridges to celebrate.

Tinie went on to release his first official single through Parlophone titled “Pass Out” in 2010 entering the charts at number 1 where it remained for two consecutive weeks. His second single “Frisky” debuted at number 2 and “Written in the Stars” released later that year also charted at number 1 selling over 115.000 copies in its first week and remains his best selling single to date. His long awaited album dropped in October 2010 titled “Disc-Overy” and featured his highly successful pre released singles as well as a star studded line up of features including Kelly Rowland, Wiz Khalifa, Swedish House Mafia and Labirynth to name a few. The album went on win the rapper two BRIT awards as well as a double platinum certification in July 2011.

The rapper reached another milestone in his career after the release of “Not Letting Go” a single off of his third studio album “Youth”. The single charted at number 1 making it the artists 6th number 1 single surpassing Dizzee Rascal as the UK’s rapper with most number 1 singles. His album “Youth” was released in 2017 debuting at number 9 on the charts making it his third top 10 album. 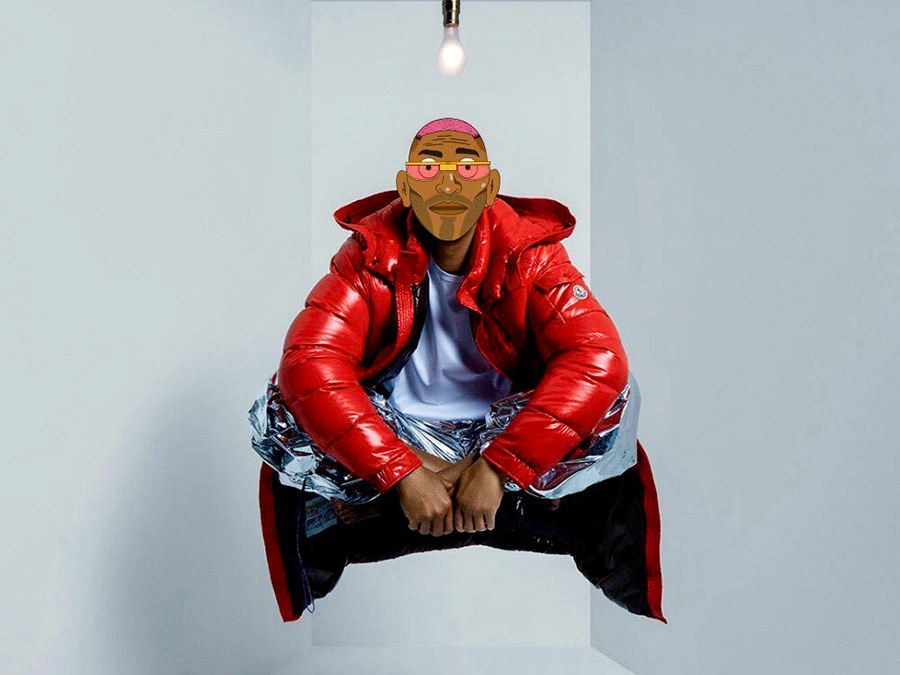 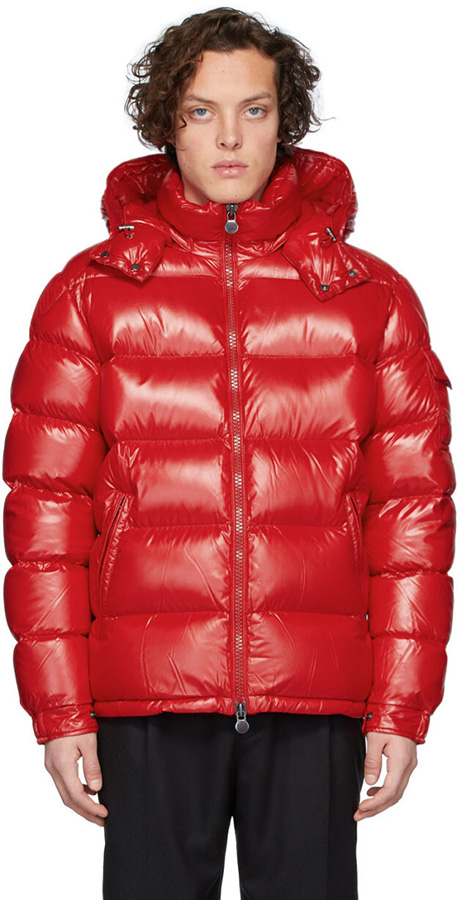 Moncler red down Maya jacket for £845

His latest single “Moncler” features Tion Wayne who’s skippy flow adds an air of upbeat energy sure to get people moving during festival season. Tinie posted a picture of himself in the characteristic “Maya” jacket by moncler as promo to prime the grounds for the release of this single.