I’m a savage, classy, bougie, ratchet. You’ve probably heard that, or some variation of, over this lockdown period. ‘Hot Girl Summer’ rapper Megan Thee Stallion released ‘Savage’ at the start of March and the popularity of the track gained the attention of Queen Bey. The two artists joined forces to release ‘Savage Remix’ which dropped almost a week ago.

Megan is an American rapper and songwriter, back in 2018 she released her first ever EP titled ‘Tina Snow’ and shortly after she signed to 300 Entertainment, making her the first ever female artist on the label. Following this, in 2019 when she was just 24, she released a song with Nicki Minaj and Ty Dolla Sign. ‘Hot Girl Summer’ was a summer anthem of 2019 and the phrase became a social media meme. Megan had icon energy from day one, so it was only a matter of time before someone like Beyoncé wanted to collaborate with her. 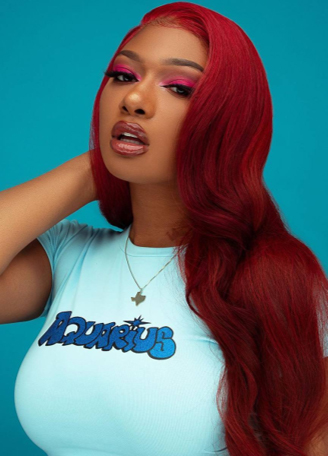 Megan Thee Stallion has been praised for her effortless flow; and her quotable lyrics really make any song that she releases memorable. ‘Savage’ appeared on Tik Tok and a dance was created. During lockdown, you can’t log onto the app without seeing someone do the iconic dance and the song has now been used over 20 million times. People have also been using the beat, that J White produced, and adding their own lyrics about various topics such as Tiger King, or what they’re doing during quarantine and this is still gaining a lot of attention for Megan. The viral fame led to the song having 24 million views on each of her YouTube Videos (the audio and lyric video). The track has been doing well in the charts too. It reached number 4 on the US Billboard Hot 100, and it peaked at number 17 on the UK Top 40. ‘Savage’ also has worldwide reach as it was number 3 of the Belgium music charts.

The remix with Beyoncé dropped, without warning last week which is something that is not unheard of from Beyoncé. Megan explained that when she heard that Beyoncé wanted to collaborate it was a dream come true as she is a huge fan. Both the artists are from Houston, Texas and so Megan has always looked up to her. Reportedly it was Beyoncé’s idea to jump on the track and Megan was more than happy to agree. The remix features the viral hook that is recognisable from Tik Tok with sultry rap verses and iconic lyrics from Bey. The song already has over 9.7 million views on YouTube with all proceeds from this remix going to the Bread of Life organisation which is leading coronavirus relief efforts in their hometown of Houston.

Megan has said that she is working on her debut album whilst she is stuck indoors at the moment so keep your eyes out for that. In the meantime, if you haven’t already, you can listen to the Savage remix here.