The Rise And Success Of Streetwear Brand Trapstar | The Hoxton Trend 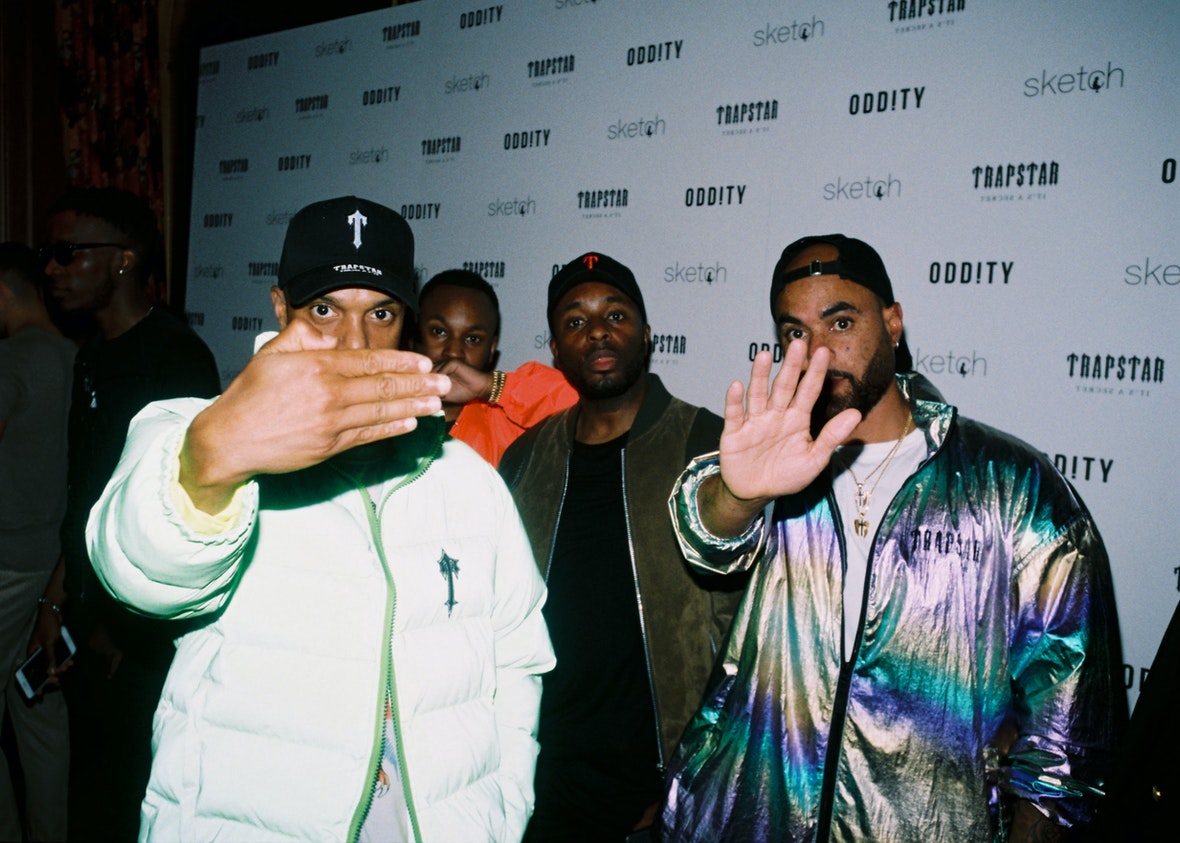 The Rise And Success Of Streetwear Brand Trapstar

Trapstar is one of the UK’s most successful fashion brands. They are signed to Jay-Z’s Roc Nation, worn by celebrities all over the world and in 2019 they were awarded Best Streetwear Brand at the World Fashion Awards – Supreme, Palace and Stussy were among the nominees in that category.

Estimated to have a value of over 309 billion dollars in 2017, the streetwear industry has become one of the biggest trends on the fashion landscape over the last 30 years. And Trapstar was one of the first big players in the industry.

Mikey, Lee and Will, started the brand in 2008 making t-shirts for themselves and other friends. But the word quickly spread in their local area and friends threatened to bootleg their designs if they didn’t start selling to a wider market. They started out by selling through pop-up stores and their USP was how they packaged and delivered the items. The clothing could be purchased via a text to the brand’s “trap phone”. Payment and pickup would be arranged, and the items would be delivered in pizza boxes. By 2010 they were able to afford the Trapstar flagship store in west London on Portobello Road.

As for the name of the brand, the friends say they came up with Trapstar after a conversation with Lee’s stepdad. He said: “You all think you’re some sort of fly boys, but you’re just trapped… Let’s see you make something of yourselves.” Mikey responded by saying: “We may be trapped, but there’s a star trapped in everybody.” 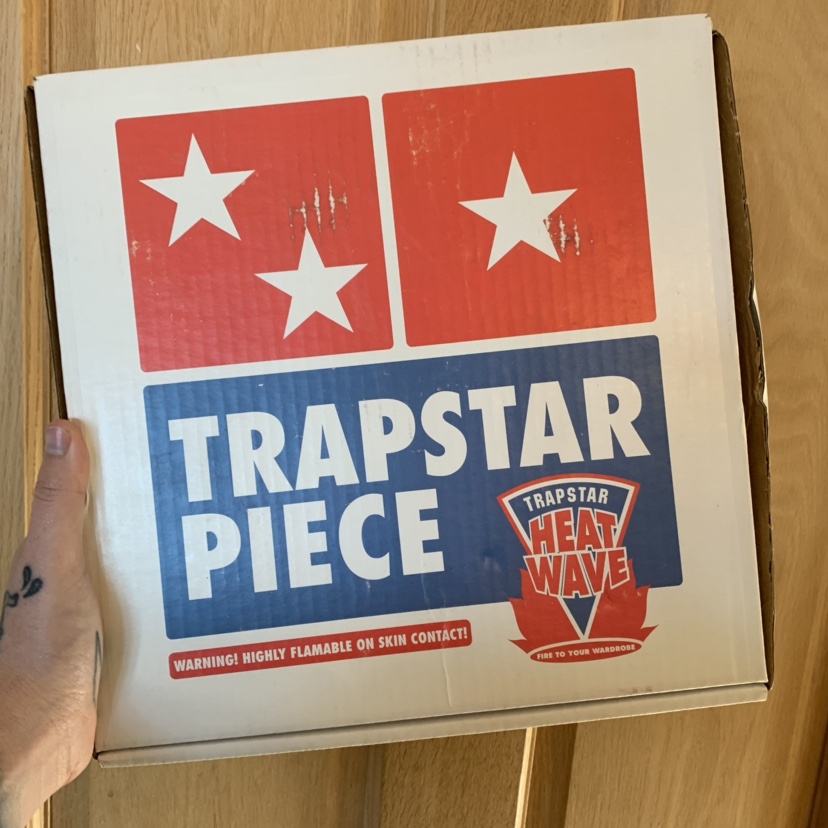 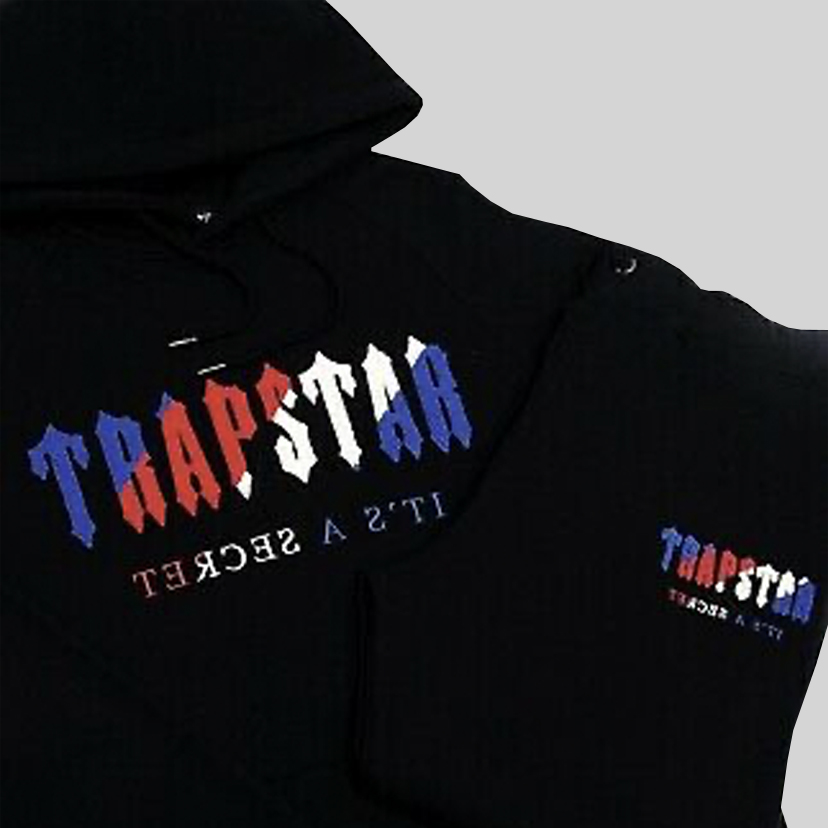 Known for their bold graphic t-shirts and hoodies, brand-repping caps and matching tracksuits, Trapstar continues to bridge the gap between high fashion and streetwear. Especially with big names such as Rihanna, The Weeknd and A$AP Rocky sporting the label. Co-founder Mikey said: “We’ve been working on this since 2008, which was pretty early on in the UK streetwear scene and as a result, we have become very responsible in it. It wasn’t just that we wanted to push this genre of clothing, it was the whole culture around it.”

Trapstar have also played on their ‘it’s a secret’ tagline, managing to keep the identities concealed. Even to this day they don’t allow photos to be published that expose their whole face, usually wearing ski masks or covering their face with their hands. This exclusivity created a buzz, ensuring drops to sell out and certain pieces becoming extra desirable, feeding into the limitedness, hype and exclusivity of streetwear. 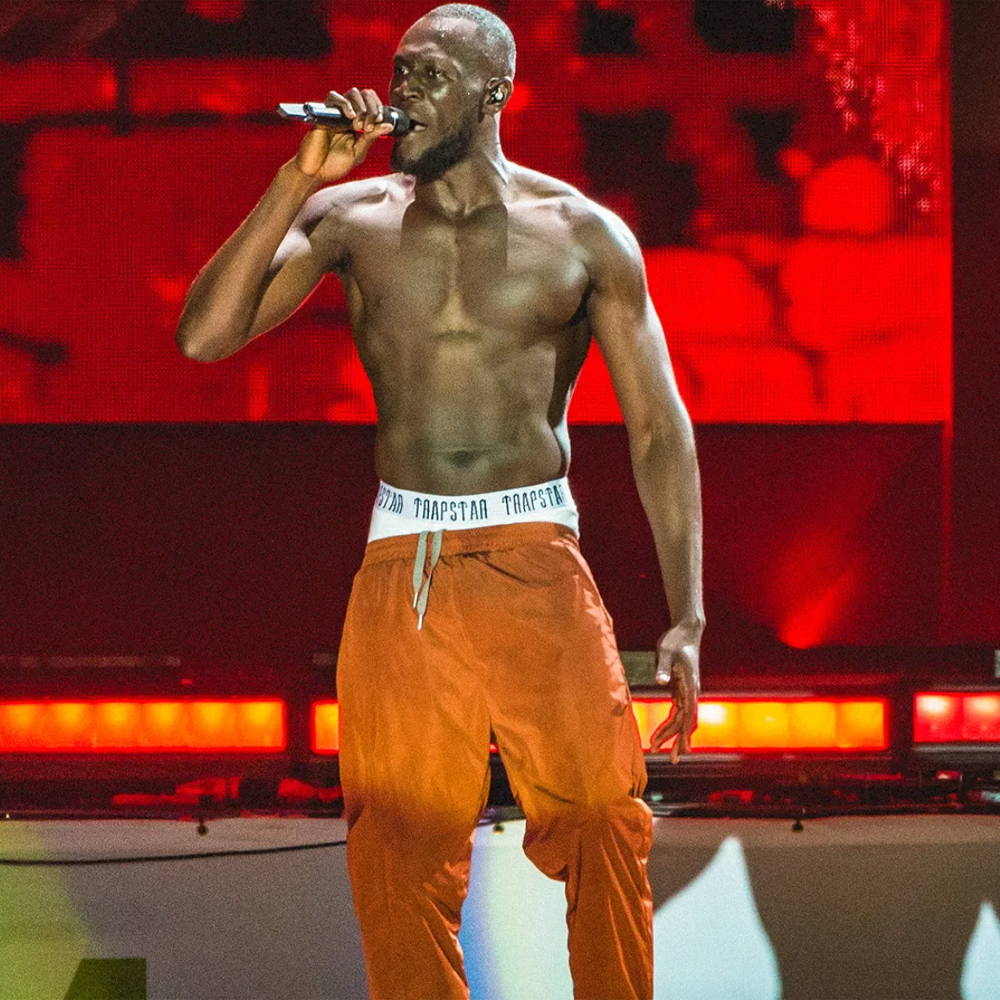 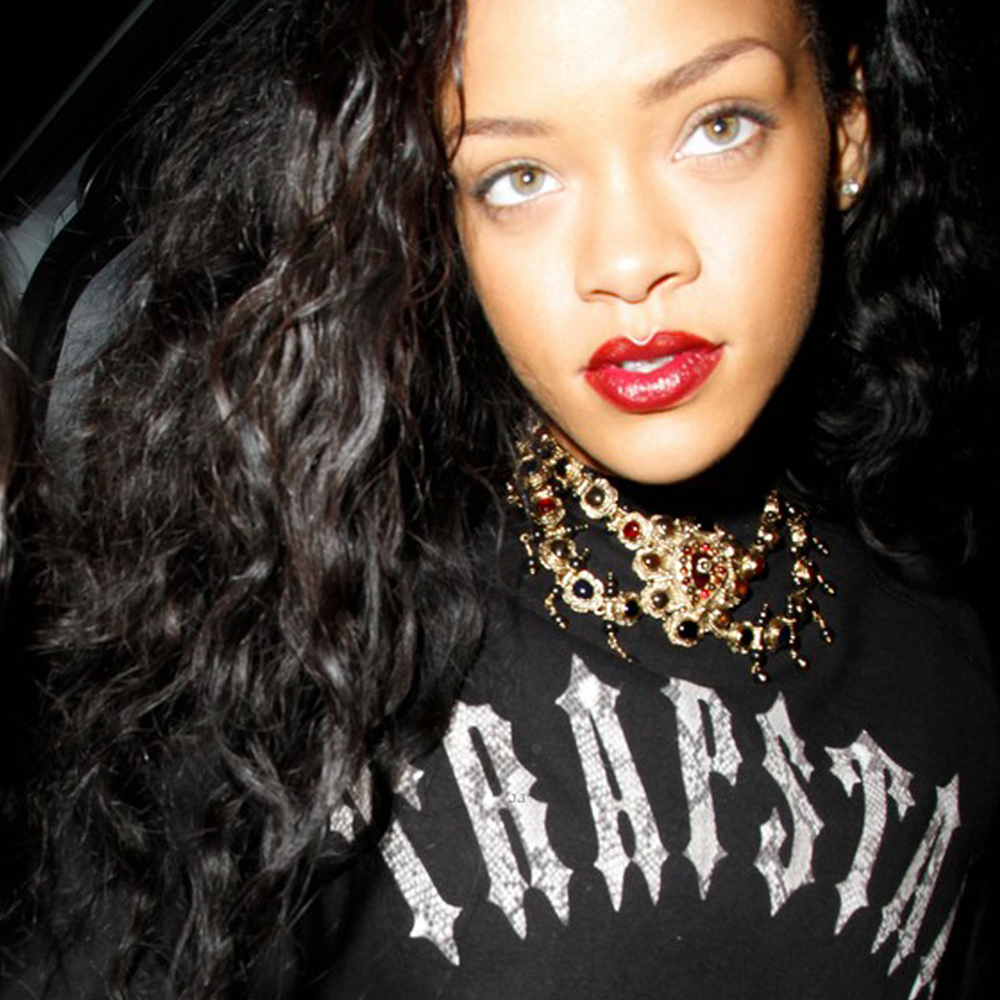 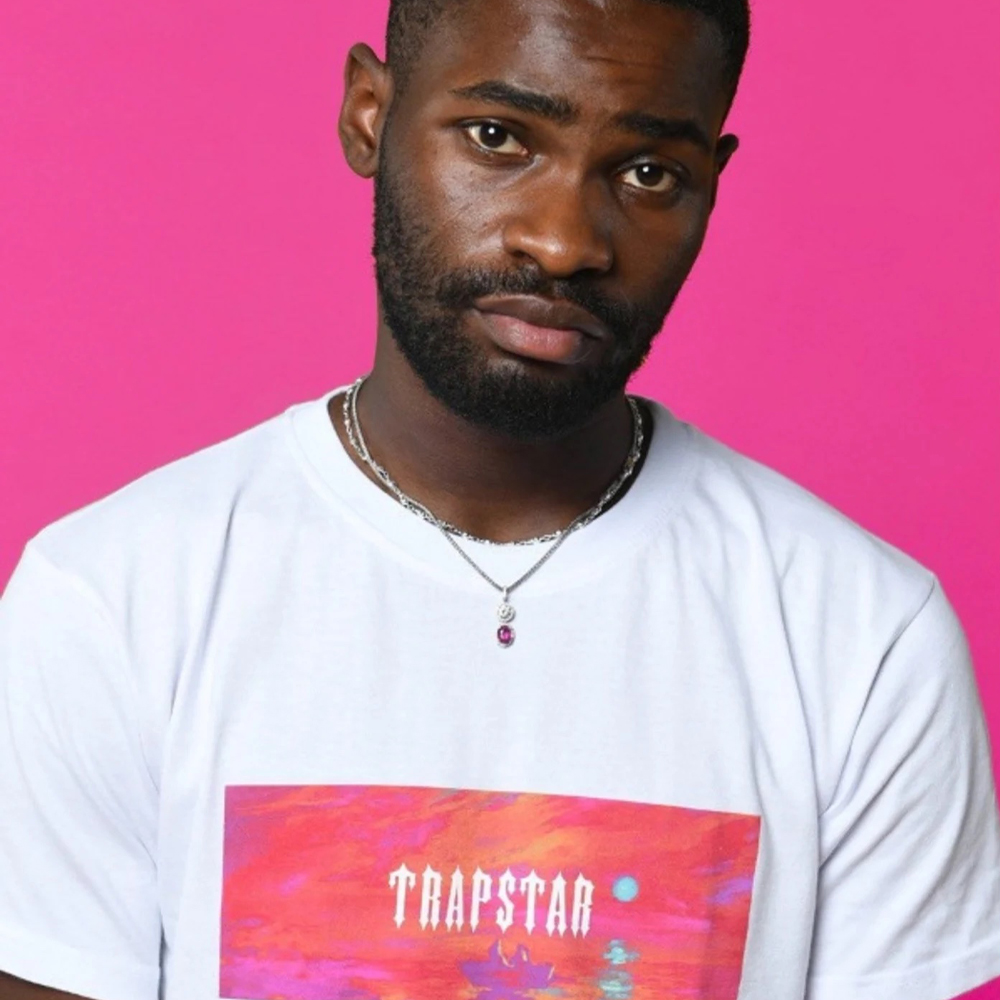 Since their first shop opened in 2010 the brand has been keeping busy with collaborations, collections, and other projects. Trapstar designed Rihanna and Eminem’s Monster tour merchandise, they made an exclusive collection for Selfridges, and they collaborated with the Hitman video game series. As previously mentioned, they are signed to Roc Nation, and they were the first fashion brand to do so. Mikey said: “Everything we do comes from an organic relationship”. Brands like Nike have a connection to sport, and Palace has the same with skateboarding. Trapstar has a hold on the streets and the culture surrounding that. “Trapstar isn’t just clothes, it’s people. We’ve always been ambassadors of underground music. It just so happens that sometimes these artists become popular.”

And the most recent collaboration the brand did was with south London rapper Dave on their exclusive Elements collection. The partnership was bound to happen as Dace has been spotted wearing Trapstar for many years. They released t-shirts, hoodies and joggers all showcasing the Trapstar logo and incorporating Dave’s ‘We’re All Alone in This Together’ album artwork. This brand continues to be one to watch and we look forward to seeing what 2022 will bring.