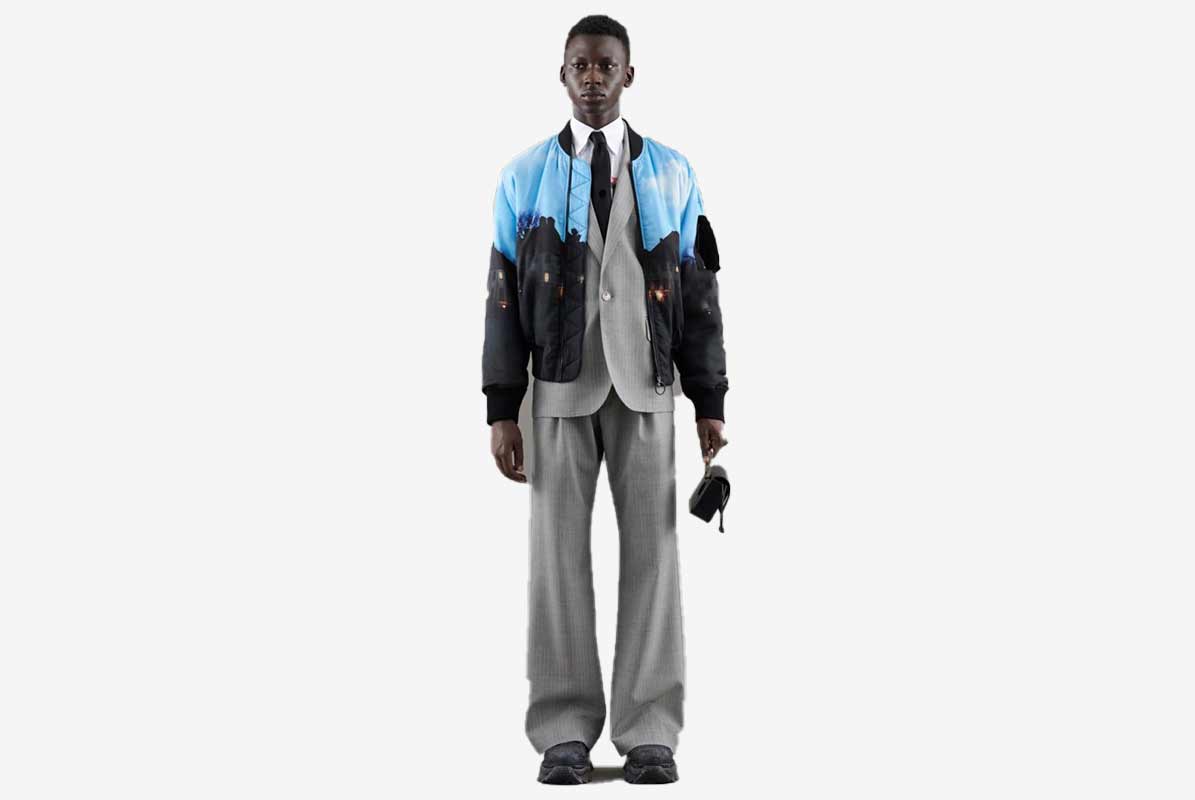 Off-White has released a preview of their Spring/Summer collection ‘What Stars Are You Under’. Although there is no mention of a release date as of yet take a look below to see what the collection consists of.

Virgil Abloh (who designs the Off-White collections) has said that the Spring/Summer collection is supposed to reflect on the current climate of the world. Looking at the impact of coronavirus and social justice causes such as the death of George Floyd, both which are changing the way we live day-to-day. ‘What Stars Are You Under’ reflects on the moment and creates a strong impact whilst doing so. Some stand out pieces are a pair of gloves that read “I Support Young Black Businesses” referring to the BLM movement. And a bomber jacket printed with a design of people indoors, hinting at the fact we have had to stay in isolation. 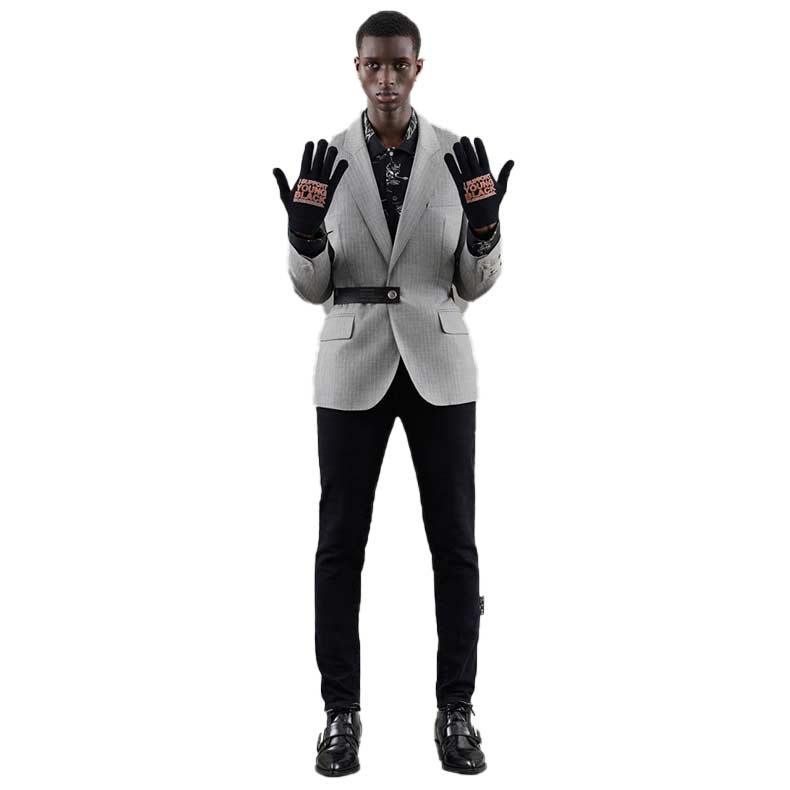 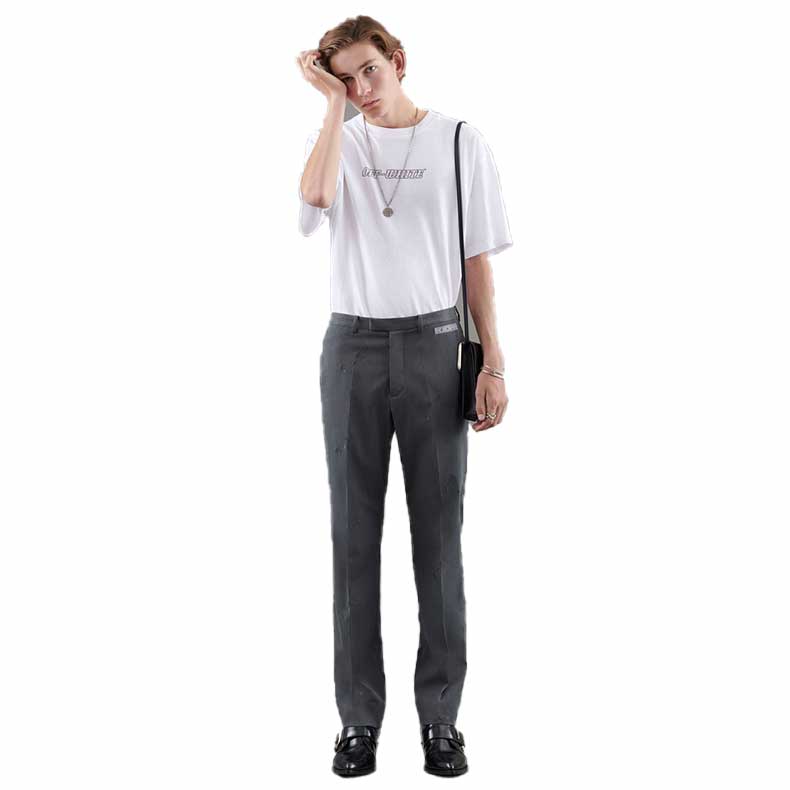 The collection includes a wide variety of items from their signature “OFF” hoodies, to jeans, long and short sleeve T-Shirts, sleeveless hoodies, knitted jumpers and much more. There seems to be a lot of tailoring throughout the collection with shirts, pant suits and blazers as well as complimentary accessories. 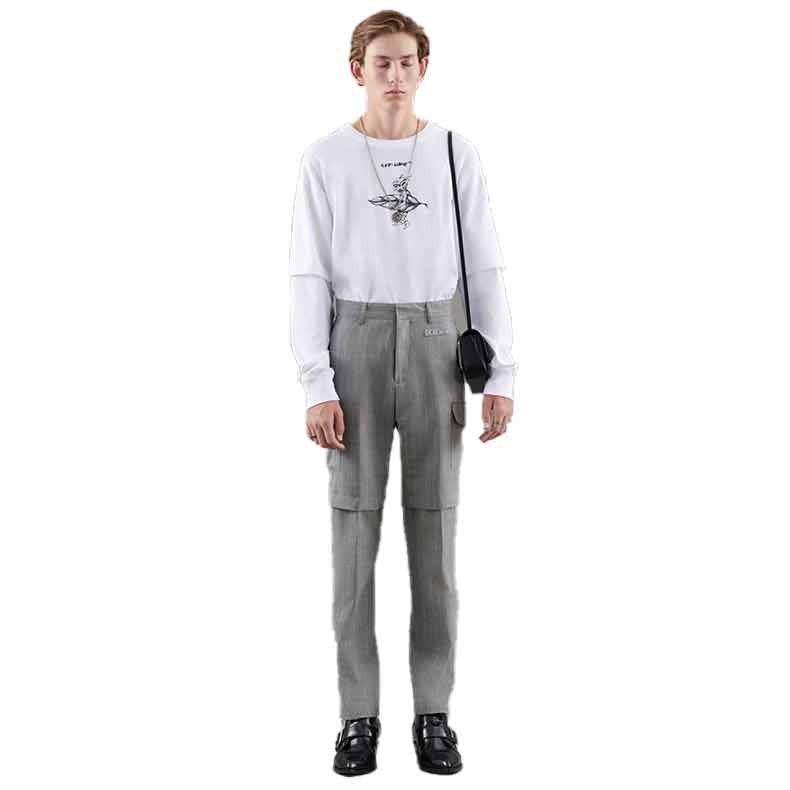 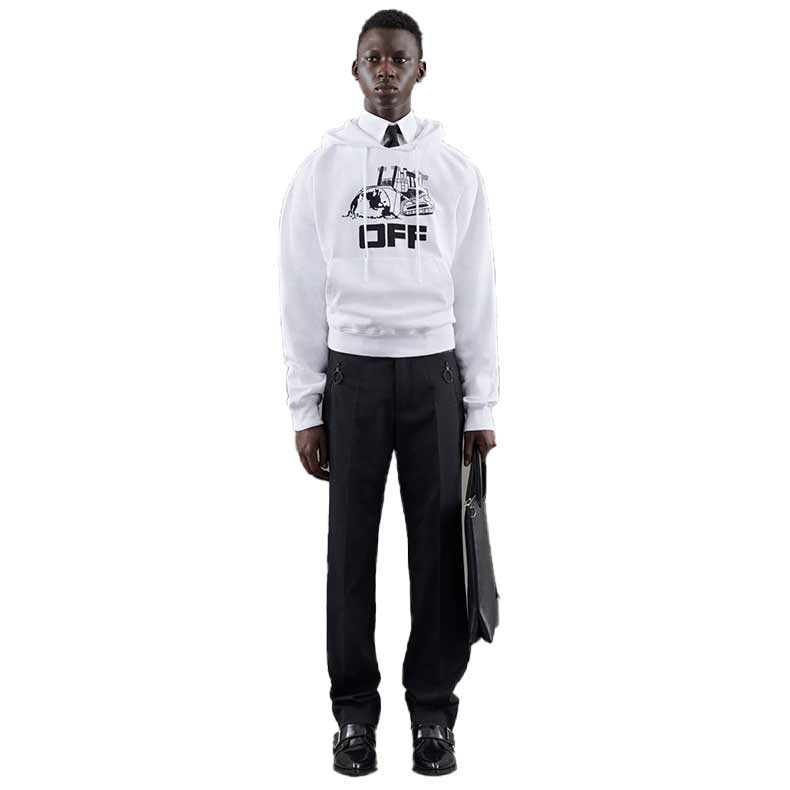 Off-White, which was founded in Italy in 2012 by American designer Virgil Abloh, has become an influential and popular brand all over the world. Virgil is a tastemaker and often sets the trend of the season. Arguably it was him who injected streetwear into the minds of everyone across the world. Virgil began his fashion career when he interned alongside global star Kanye West at Fendi and the two of them struck up a design relationship. In just 8 years the brand has grown world-wide, and now has 49 independent stores, as well as being sold by various high-end retailers such as Farfetch, Harvey Nichols and Harrods.

Off- White is easily distinguished from other designer brands due to a few signature details such as the use of quotation marks, capital letters and zip-ties. And the brand is instantly recognisable by its diagonal arrows motif which is usually plastered on the back of jackets, T-shirts, hoodies and bags. Ironic quotes decorate wallets and bags, standing out from everything else and really making a statement. Although, in this collection bags appear to be minimalistic, staying away from bold branding. 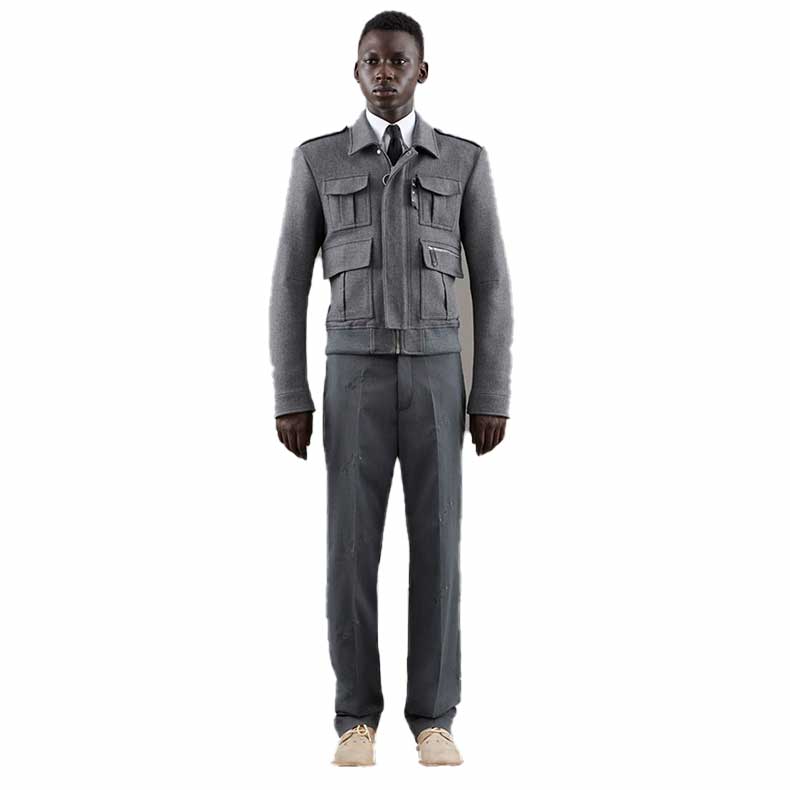 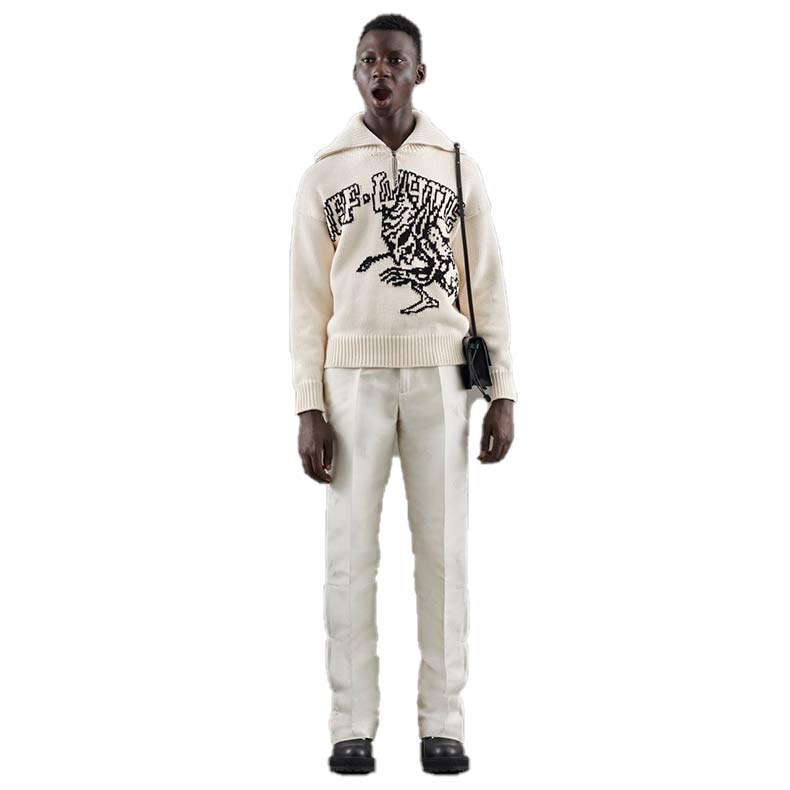 You can see the Off-White ‘What Stars Are You Under’ look book here, and we expect pieces to go on sale in the next couple of months.