French born, London based rapper Octavian recently announced on Instagram that his new album will be dropping soon.

The rapper started his musical career after winning a scholarship at the honourable Brit school, which has previously taught artists including FKA Twigs, Loyle Carner, Adele and Rizzle Kicks. However, Octavian dropped out after a short period. “I don’t believe you can teach someone to be creative” he told the BBC. Although, it wasn’t over for the rapper just then, after he collaborated with the friends he made at BRIT school to produce new beats and visuals for his earlier work, such as the mixtapes ‘22’ and ‘Essie World’.

The rapper made his breakthrough in 2017, with the debut of his single ‘Party Here’ which now has over 2 million views on the tracks’ official YouTube video. Following the promising success of the single, Octavian has since worked with artists such as ASAP Ferg, Travis Scott, Mura Masa, Theophilus London, Skepta and J Rick. Since the release of ‘Party Here’, the artist has gifted fans with singles including ‘Little’ and ‘Hands’ alongside his ‘SPACEMAN’ mixtape in 2018. Just one year after the debut of ‘SPACEMAN’, 2019 saw Octavian release a collaborative track with fellow London based rapper Skepta, redefining the sound of UK rap, with the single ‘Bet’. The bass heavy single which also featured Michael Phantom, has over 17 million views on the official YouTube video, and featured in the Top UK Singles chart for 8 weeks. 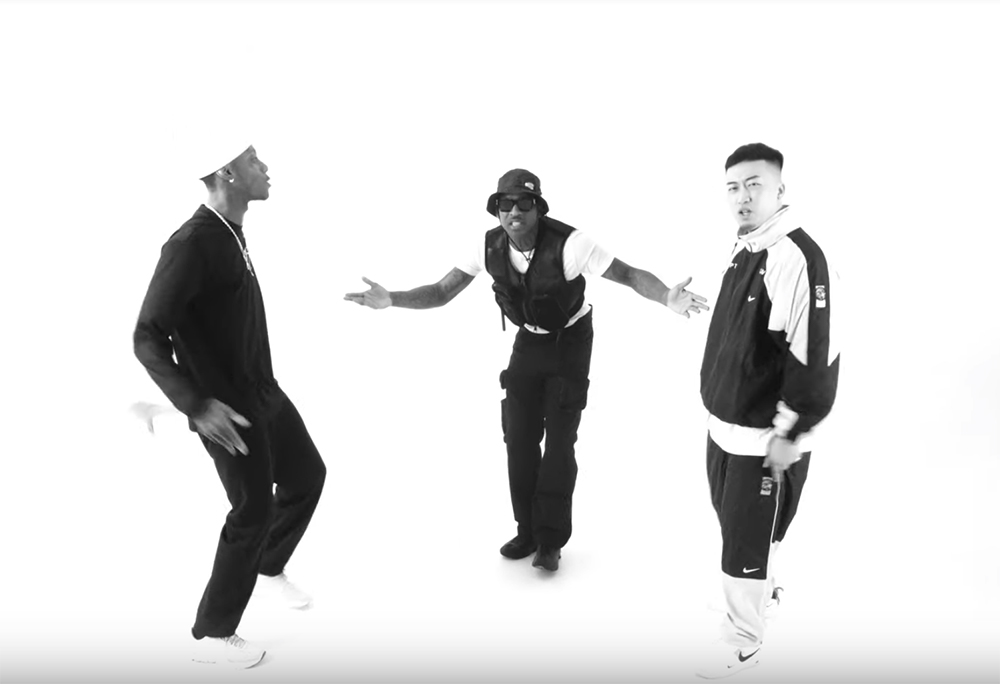 After the debut of the collaborative single, the 23 year old star went on to win the BBC Sound of 2019 Award, which was award by a panel of 136 music industry ‘insiders’ – including various Radio 1 DJs, industry experts and fellow artists. The top reputation of a young artist within the industry is sure to continue, as the rapper is constantly growing a stronger fanbase by the day. Last year, Octavian also opened the Travis Scott tour at the O2 Arena. His performance got the crowd buzzing with excitement (from personal experience of the gig, I can honestly say it was one of the best lives acts I’ve seen for ages, alongside Travis himself, obviously) performing tracks including the collaborative track ‘Move me’ with Mura Masa, and multiple records from his most recent album ‘Endorphins’ which also released last year.

The breakthrough artist has racked up a respectable 269 thousand followers on his Instagram platform (@octavianessie), where he also recently uploaded a video of American artist Drake singing along to his hit single ‘Party Here’. Teasing fans with the short clip, which was posted on the 18th April, Octavian captioned the post announcing that a new album would be dropping soon. After tagging Drake in the clip, fans are speculating if the voice of the new number one ‘Toosie Slide’ will have a special feature on the album. The artist has been on the down-low regarding the release of the new album, with no hints on an album name or potential track names to feature on the album, and there’s no official release date yet been confirmed for the album either. However, we look forward to seeing what one of the UK’s most exciting and energetic artists has in store for us, hopefully over the next few weeks.

Wanting more new music? Check out some of our most recent articles, with drops from artists including Playboi Carti, Novelist, and Houdini available to read now on our ‘Release News and Blogs’ page.