Nike have recently unveiled yet another colourway of their classic Air Jordan 1 Low sneaker, which would make the perfect addition to your summer sneaker collection.

The Air Jordan 1 Low silhouette was first debuted in 1985, alongside the Air Jordan 1 High model. This particular silhouette was the first low top design to come from Michael Jordan’s early collection, in collaboration with Nike. Based off the classic Nike Dunk, both shoes were designed by Peter Moore. The basketball shoe was quick to become an iconic piece within the sport. Some of the original Air Jordan 1 shoes often resell now for more than five times their original retail price, such as the OG Red/Black colourway – some of these pairs have been known to sell for up to $2,000 as deadstock pieces. Peter Moore also designed the Air Jordan ‘Wings’ logo for the brand, which is now one of the most recognized logos within the American sporting culture today.

Since its launch in the 80’s, Nike have been evolving the Jordan brand to create newer, innovative re-designs of the Air Jordan silhouettes, which of course are often donned by Michael Jordan himself. Over the years, the brand has created a range of collaborations with a mixture of stars and brands alike, including Eminem, Levi’s, Supreme, Off-White, Don C, Undefeated and Drake’s very own OVO label. 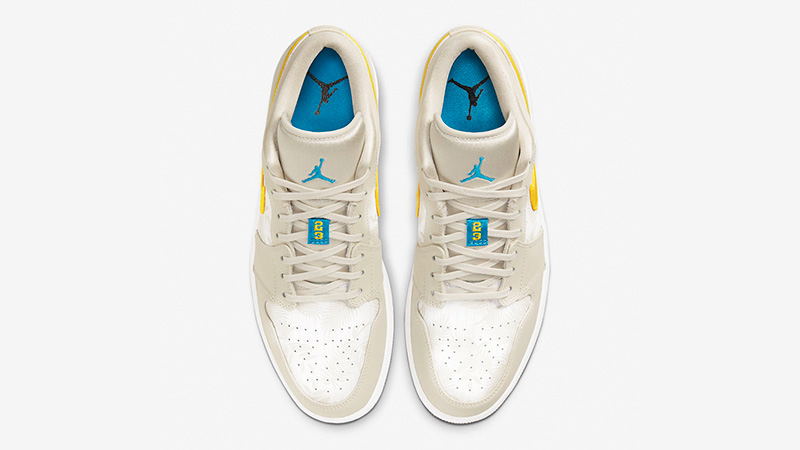 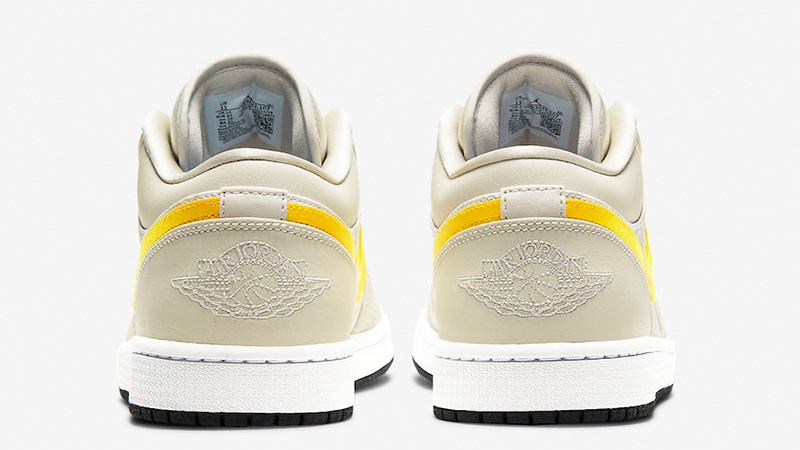 One of the most recent unveilings of the silhouette was this summery re-design of the much loved sneaker. The ‘Tropical Orewood’ Air Jordan 1 is next on the list to be debuted at the beginning of next month. The upper of the shoe features a premium white leather, layered underneath a beige leather panel. The lateral side of the shoe features subtle palm leaf detailing of matching neutral tones, which continues over to the perforated toe box, paying homage to the summer season approaching. The Nike Swoosh adds a vibrant pop of colour the design in a bright, golden yellow. The midsole comes in a classic white rubber, which contrasts against the black outsole under the foot. Detailing is embroidered on to the back of the heel, with an off-white version of the hallmark Air Jordan ‘Wings’ logo. A vibrant ‘Jumpman’ logo is stitched onto the tongue of the shoe which adds a vivid accent to an otherwise quite subtle design.

Yet again, Nike have given us a versatile pair of shoes which are cool and easy to wear. Pair these with a pair of tapered jeans and an off-white shirt for the perfect summer look, or go brave and try them with white trousers for a lighter aesthetic.

The drop date for the new Air Jordan 1 Low ‘Tropical Orewood’ is 1st May, they will be available to purchase directly online at Nike.com or via the Nike SNKRS app. The retail price for the shoes has been confirmed at only £85.

Fancy more on Nike Air Jordans? Check out our article about the new Nike Air Jordan ‘Rasta’ which celebrates the Jamaican Carnival traditions by clicking here.