The Jordan brand is one of Nike’s most successful assets. Endorsed by Michael Jordan himself, this collaboration created one of the most interesting and iconic partnerships between basketball and sporting fashion today. Not only has the Jordan brand been recognized for its performance enhancing, stylish basketball orientated products, it has also become a coveted label within the current streetwear movement, with influences from stars such as Drake and Eminem.

Nike released the first Air Jordan IV silhouette back in 1989, designed by the one and only Tinker Hatfield. The shoe was originally not so popular within the sports/fashion industry, which was slowly merging during this period, as wearing sportswear as regular fashion became increasingly common. However, overtime, this basketball silhouette slowly grew on Nike lovers across the world. The Air Jordan IV had a big role to follow up to after the release of the third edition of the silhouette. However, Hatfield knew what was next in store for this innovative footwear phenomenon.

Now, the Air Jordan IV silhouette is just as loved as every other shoe tied into the brand. Represented by no other than Michael Jordan himself, basketball fans across the globe are constantly waiting for the next Jordan release worn by the sporting legend – and the new colourway of the Air Jordan IV is not one to disappoint. 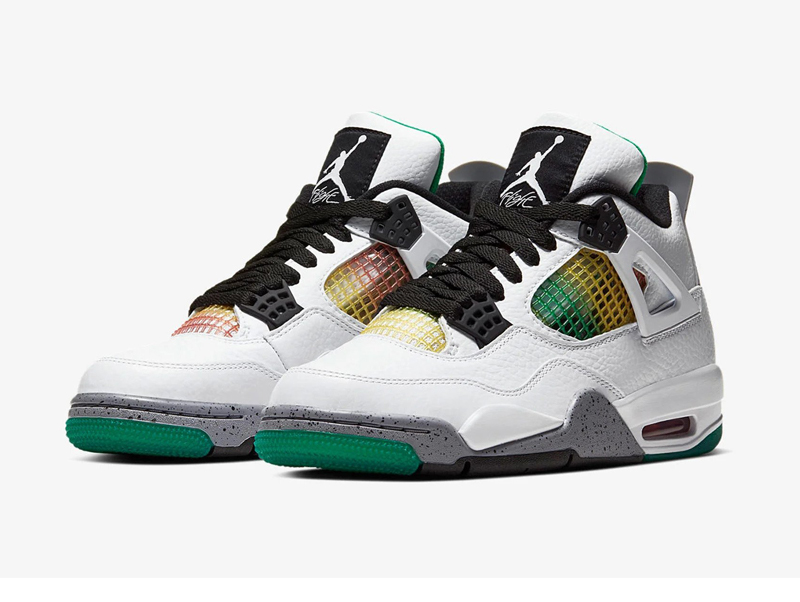 Nike have recently released their Air Jordan IV Lucid Green ‘Rasta’ silhouette, paying tribute to the 2020 Jamaica Carnival. This Jamaican tradition began in Trinidad during 1785. As French settlers arrived in Trinidad, they held fancy balls as part of their own heritage entertainment. During these times, slaves were not allowed to participate in such activities. As a result of their exclusion, the slaves began to make their own celebratory entertainment, where they would host carnivals in their own backyards. The carnivals developed into a way that the slaves could freely express themselves and honour their own cultural traditions. Today, carnival is celebrated in many Caribbean islands including Jamaica, and has even developed in European countries including England, with London’s ever-famous Notting Hill Carnival.

As the 2020 carnival celebrations have unfortunately been postponed due to the current pandemic, Nike have created a silhouette which is designed to represent the joy and unity which carnival brings to so many communities in these dark and unpredictable times.

The vivid silhouette features a white, tumbled leather upper which contrasts against a Rasta toned plastic mesh underlay in traditional red, green and yellow colours. Green accents which feature in the lining of the tongue and on the rubber sole of the shoe create a more distinct style, which is complimented by the mottled grey rubber which crafts the midsole. The design is finished with black lining, black laces which contrast against the crisp white upper, and black Air Jordan branding with a rubberized silhouette which sits upon the back of the heel. 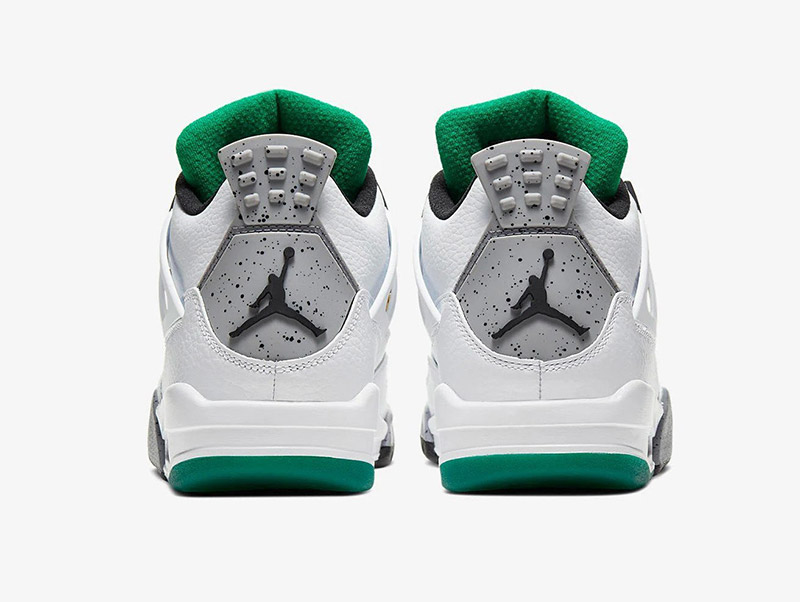 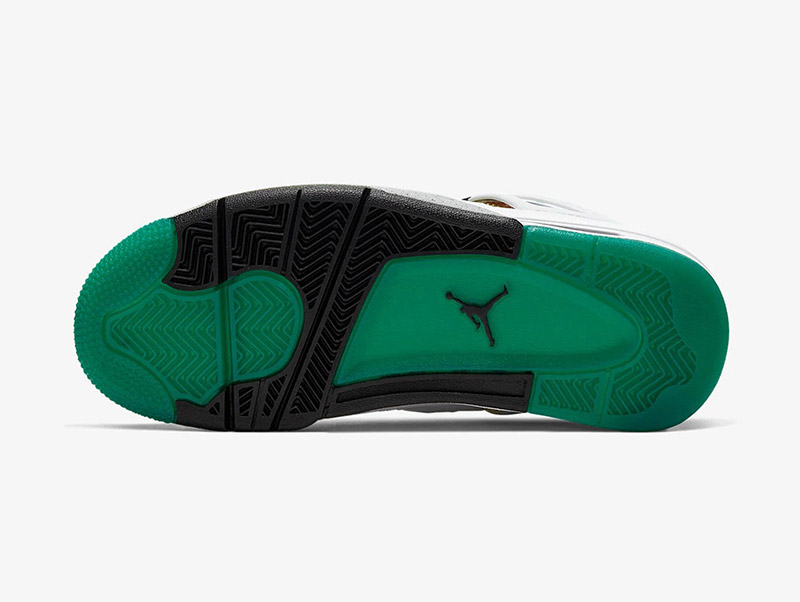 These shoes would look great paired with some casual, distressed looking jeans and a minimal, oversized t-shirt so you can allow the shoes to do the talking – they’re a great statement piece for the summer season and need minimal effort when it comes to styling.

The new Air Jordan IV Lucid Green ‘Rasta’ colourway is available now at stockists including Nike and END Clothing. The pair retail at £150 and are available in a range of sizes.

Are you looking for more content? Sign up to our weekly newsletter now for regular updates on all the goings on within menswear fashion, and the hottest new deals to get your hands on! Or visit our Release News and Blogs page to find more content on the latest releases.