Nike have recently unveiled their next celebrity sneaker collaboration this time with the Brazilian football superstar Neymar Jr. This is the brands second collaboration with the athlete the first being in 2019 on the Shox R4’s. This time they have unveiled two new colour ways of the airmax 2090, the designs of which pay homage to the football players’ international upbringing and hometown of Mogi Das Cruzes in São Paolo Brazil. The sneakers are set for an initial release in the Asian market on the 26th of July before hitting Europe shortly after.

Neymar is a world renowned player who has played for major teams in his short but incredibly successful career. He is held as one of the best players in the world at just 28 years of age, he plays forward for Ligue 1 club Paris Saint-German and the Brazil national team. He began his career at 17 playing for Santos helping them win two successive Campeonato Paulista championships, a Copa do Brazil and the 2011 Copa Libertadoes; which was the teams first win of the title since 1963. After being named the South American Footballer of the Year for two consecutive years in a row, 2011 and 2012 he moved to Europe and joined Barcelona.

In Barcelona he played as an attacker alongside the infamous Lionel Messi and Luis Suárez, winning several titles including the UEFA Champions League. He finished third in 2015 for the FIFA Ballon d’Or for his performances and went on to attain a domestic double in the 2015 – 2016 season which secured his move to Paris Saint-Germain in 2017, worth 222 million euros making him the most expensive player to date. The teams investment in the young player proved to be worth its steep price, in his debut season under PSG he won three league titles, a Coupe de France and a Coupe de la Ligue as well as being voted player of the year.

He currently holds 61 goals in 101 matches for Brazil, making him the third highest goalscorer fro his national team trailing only Pelé and Ronaldo. He was a cardinal element of Brazil’s victories at the 2011 South American Youth Championship finishing as leading goalscorer and the 2013 UEFA Champions Cup where he won the Golden Ball as player of the tournament. In 2016 he led Brazil to their first ever Olympic gold medal as he captained the mens team, featuring in the FIFA World Cup two years later.

Nike’s celebrity collaborations are some of the brands most fruitful business endeavours and when pairing up with a player who’s name holds this much value, success is undeniably to follow. This collaboration celebrates the players’ most personal aspects with eyestays engraved with “Sao Vincente and “Praia Grande” as an acknowledgement to his adopted home while medial eyestays split between “Jardim Gloria” and “Nautica III” in homage to his football school and childhood neighbourhood. The sneakers are set to come in two divergent colour ways, one of a dark nature and one using a tan base with colourful accents while both allegedly having interchangeable heel tabs. The black pair features accents in a simple gold red and white while the tan pair involves a more playful story with accents in shades of pink, green orange and yellow.

These sneakers are the perfect addition to your summer or winter wardrobe, the official EU release date is yet to be announced so keep an eye out on Nike. 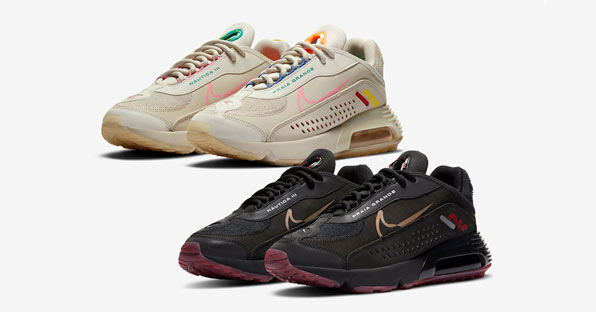 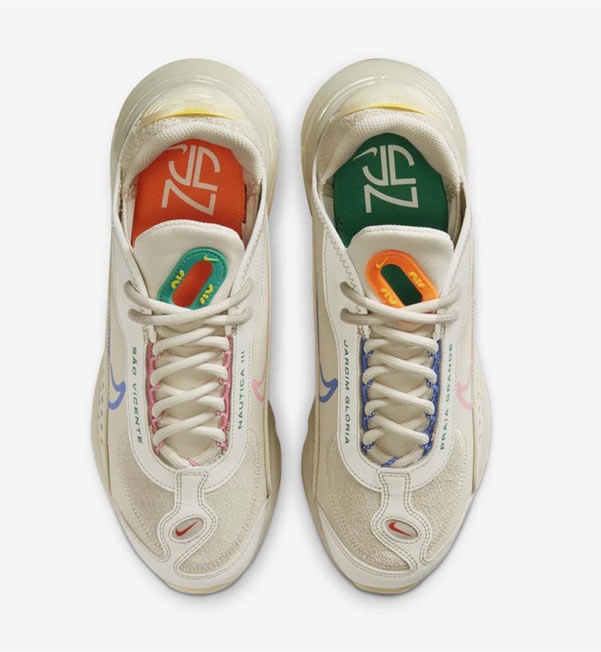 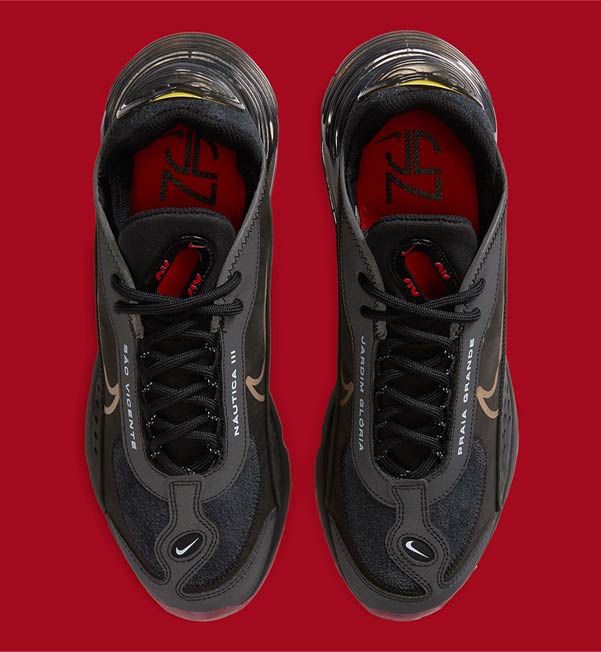