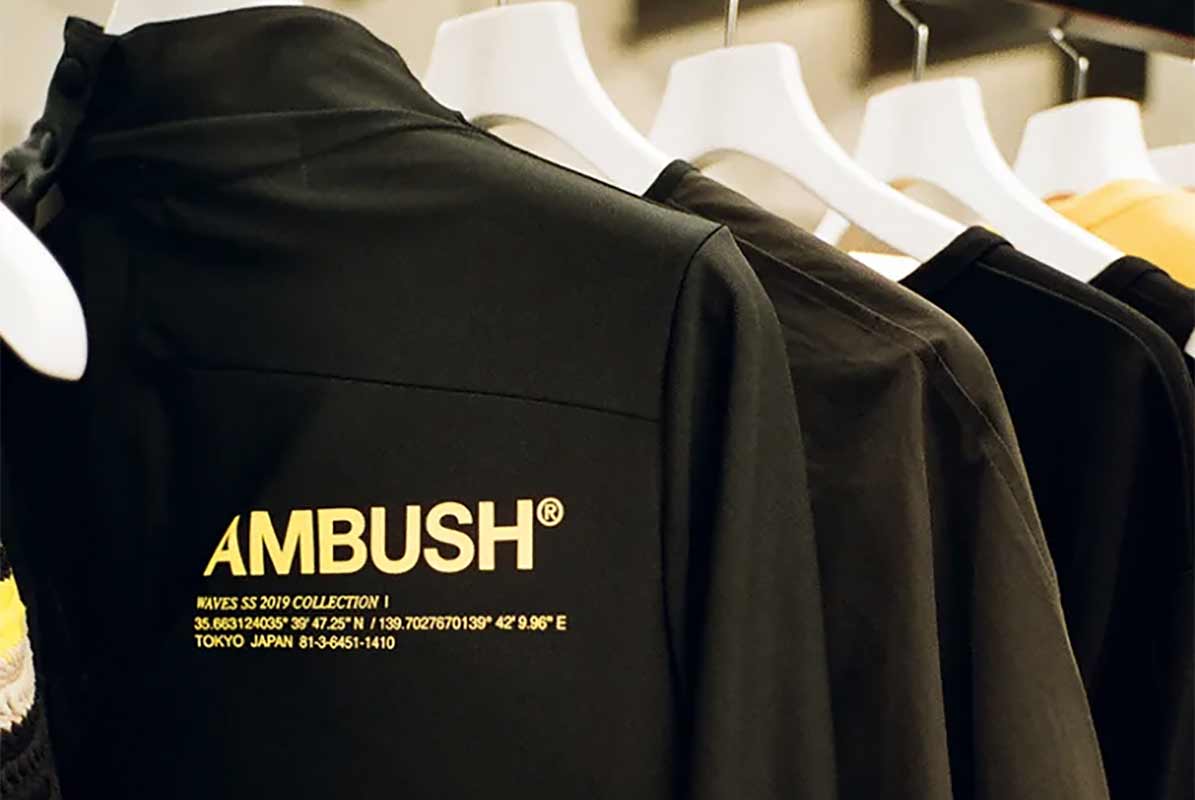 AMBUSH are a Japanese brand that began its days as an experimental jewellery line. It’s safe to say that they’ve come a long way from it’s initial pop-art inspired jewellery pieces that debuted in 2008.

When talking about AMBUSH, it’s only right that the conversation starts with founders YOON and VERBAL. The hip-hop artist and graphic designer duo are huge icons in their own right and recognised as two of Tokyo’s biggest style icons. Featuring on the Business of Fashion’s 500 List; an index of people shaping the fashion industry, they’re a Japanese power couple that aren’t short of A-List friends and are frequently seen in the company of Kanye West and A$AP Rocky.

Selected in 2017 as one of the eight finalists for the prestigious LVMH award, the brand continues to go from strength to strength. Starting off with a jewellery line that featured gold chains and metal chokers, AMBUSH’s collections now also feature unisex clothing and accessories that have expanded as far as hats and socks. YOON and VERBAL debuted AMBUSH in Paris in 2015, the same year that the brand was first shown outside of Japan. Eight years after their founding, the first AMBUSH flag-ship was opened in Tokyo in 2016, a space which “encapsulates the brand’s ethos in a creative environment under one roof with the design studio”.

Boasting an impressive list of collaborations and commissions that include names such as Off-White, Nike, Converse and A Bathing Ape, if AMBUSH aren’t already on your radar, then they should be.

We’ve pulled together a few of our favourite pieces from AMBUSH and you can shop them using the links below: 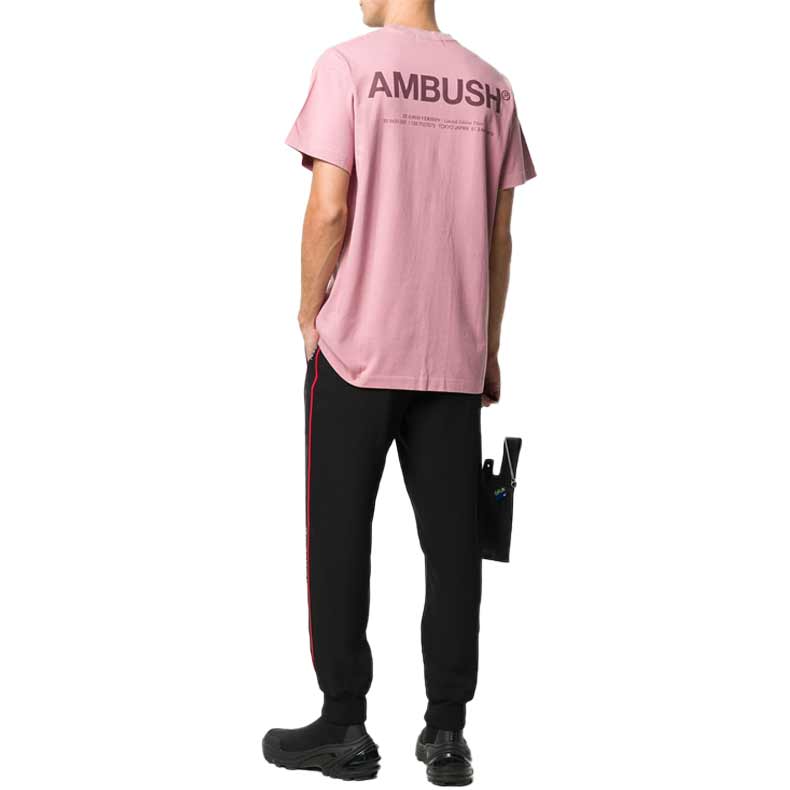 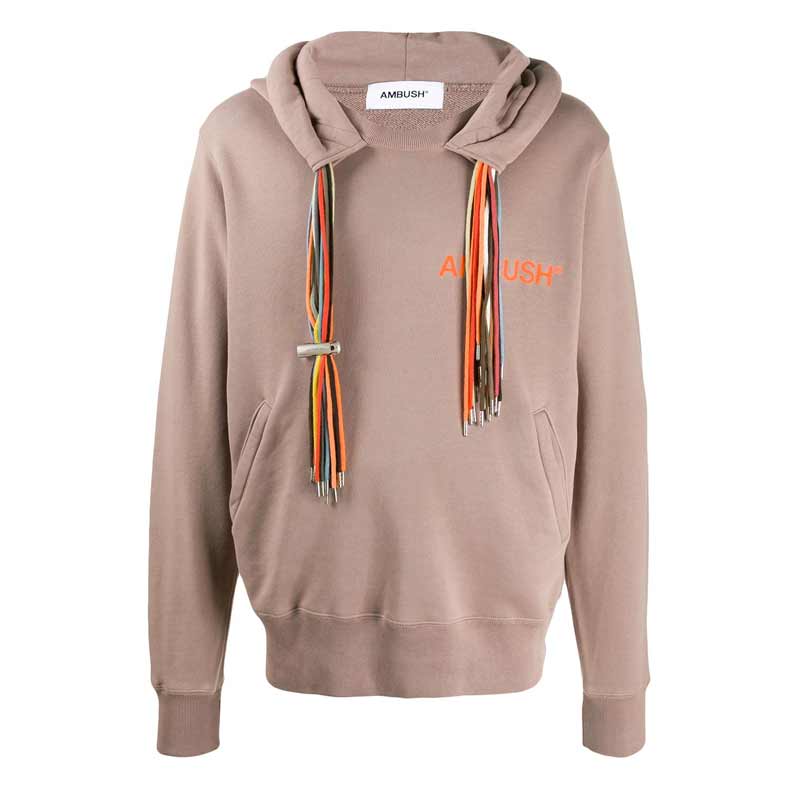 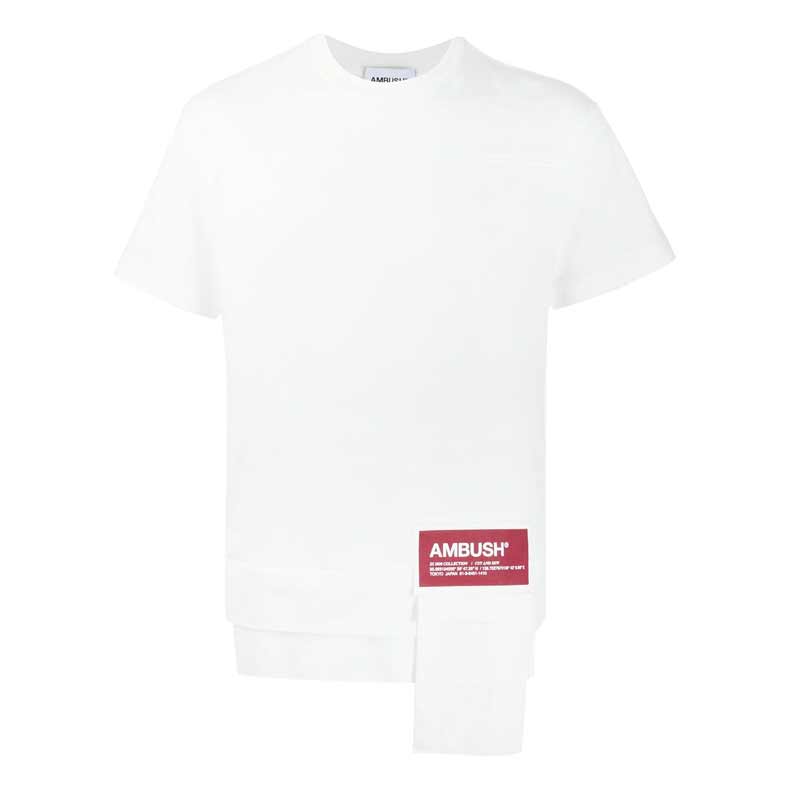 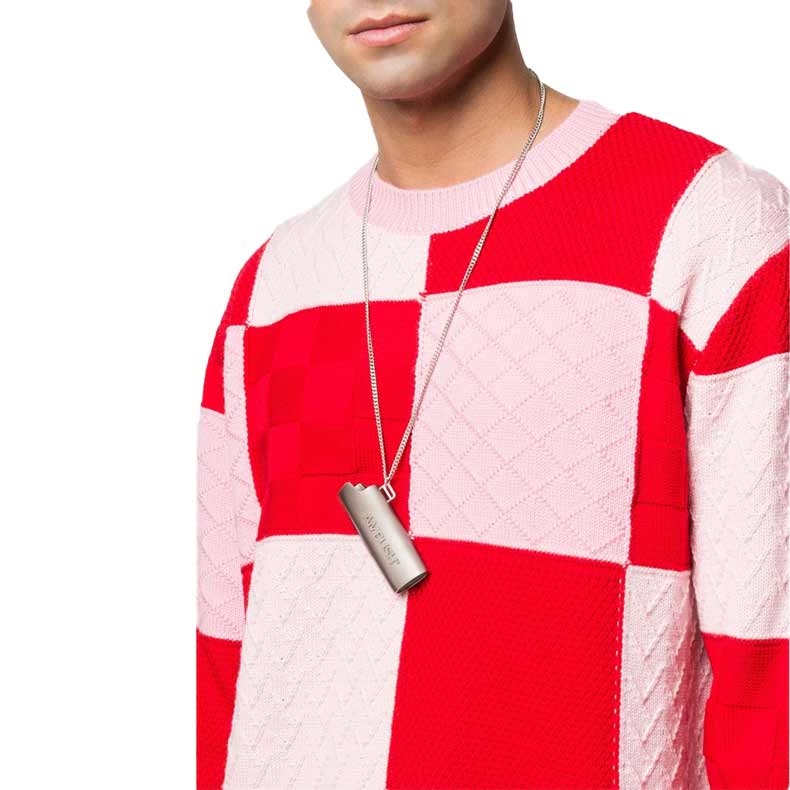 Want to stay up to date with all of the latest fashion and release news? Then check out our ‘Release News and Blogs’ and sign up to our newsletter to get all the latest in men’s fashion, straight to your inbox. Don’t forget to check out our ‘Sales and Codes’ page for money off top brands.