In the midst of a global health pandemic while all of us are safely isolated in our homes, waiting for a sign of hope on the uncertain future which is Covid, many artists have taken advantage of this time to create and share new music with their fans. An artist as such is Headie One, who released his latest single “Rose Gold” alongside an accompanying video on May 7th. The single is the rapper’s first release since the debut of his mixtape “GANG” in April.

Irving Adjei or better known by his stage name, Headie One is a London native raised in Tottenham on the infamous Broadwater farm housing estate, which is known for its large Afro Caribbean heritage, making it one of the most diverse places in London. In the 80’s however the area acquired a reputation as one of the worst places to live in the UK due to the staggeringly high crime rate which in 2005 dropped dramatically.

Growing up in an environment as turbulent as that young Irving accumulated a long criminal record with law enforcement and has been sentenced several times. In an interview with NME last year the rapper expressed “ it was crazy, the young teenage years, there’s no rules. My family lived on the estate as well; they see what’s going on. They probably see more than we see. I just grew up with my one parent, my dad. They can try to guide us to make the right decisions, but it’s a bit mad. You can’t really tell someone from that environment what to do.”

Although he began rapping in his teen years his career didn’t take off until the release of his first solo mixtape as Headie One in 2018 titled “The One”. The mixtape included the single “Know better” featuring his fellow rapper RV which quickly became an underground hit and accumulated a cult following, helping the artist take his first solid steps towards a fully fledged career. By 2019 his single “18 Hunna” featuring Dave peaked at number 6 on the UK charts making him the highest charing drill artist, while also providing his breakthrough into the mainstream.

His most notable career achievement was his seventh mixtape “Music x Road” which entered the charts at number 5 and received critical appraise and later in 2019 he would go on to feature on Stormzy’s song “Audacity” from his latest album “Heavy is the Head”. His latest mixtape “GANG” which was produced by Fred Again enlisted the talents of FKA Twigs, Jamie xx and Sampha, Headie One described the project as “a shared love of music from two people with different backgrounds. The title represents loyalty and friendship, these things are important to me and Fred and I quickly developed this whilst recording the project over the past few months. We feel we really create something special when we’re together.”

His latest release “Rose Gold” was produced by Finesse Foreva’s Ghosty and features a haunting drill instrumental leaving enough room for the rappers’ staggered flow with bars which touch up on his successes while reflecting on his troublesome background. The music video, filmed entirely in greyscale, directed by Nathan James Tettey, captures Headie kicking back in his apartment with his lady and recording the track in a home-made studio wearing a Fendi logo panel hoodie which retails at £980 where you can shop below. 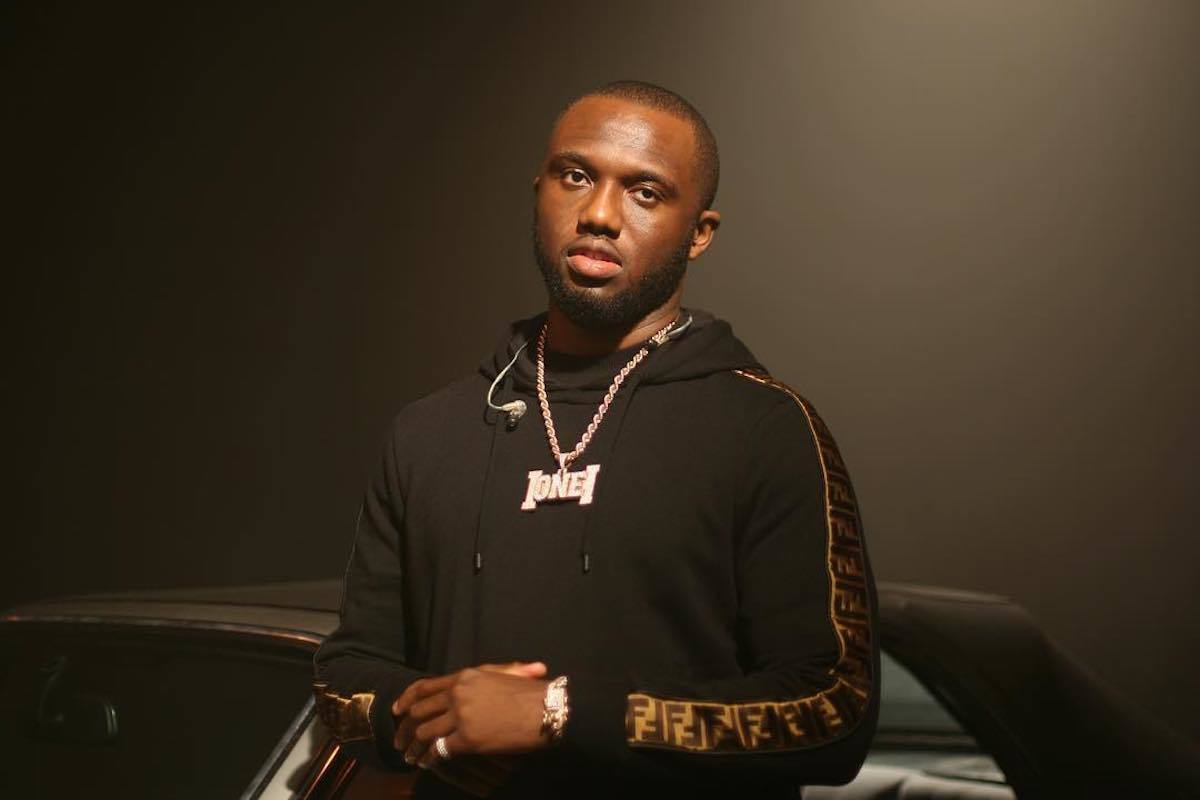 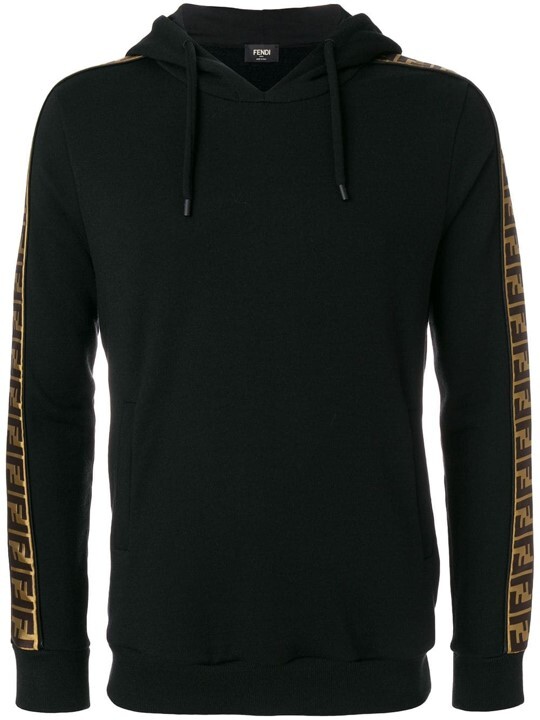 Be sure to stream Headie One’s latest single “Rose Gold”