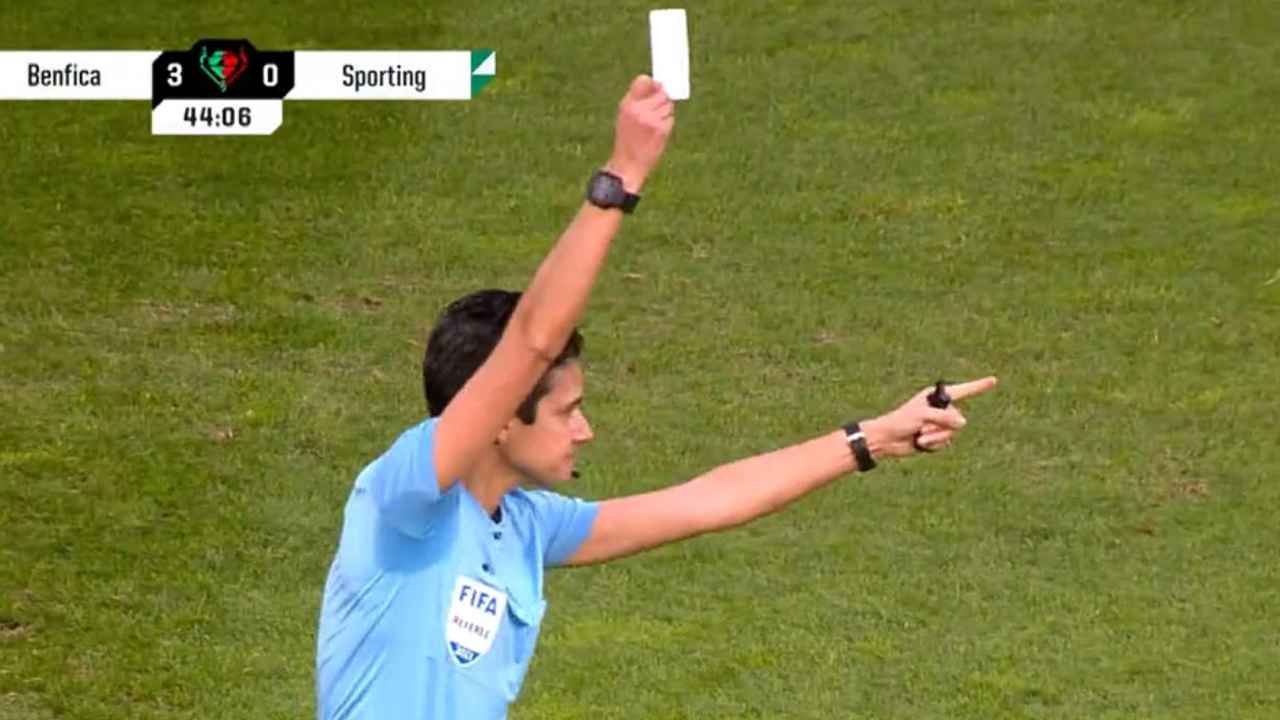 Since the 1970 FIFA World Cup, all we’ve ever known a referee to dish out are yellow and red cards for offending players. That’s all changed as officials now have the ‘white card’ at their disposal and it’s not for any sort of offence.

The very first white card in professional football was issued during a rivals match between Benfica and Sporting Lisbon women on Saturday 21 January.

The white card-worthy incident occured when Benfica were 3-0 up and medical staff from both sides raced to assist one of the players on the bench.

The woman in question had previously explained she was feeling unwell during the beginning of the first half, which then saw the medical camps from both teams unite to try and assist her the best they can some time in the 40+ minute.

The incident resulted in the referee issuing the very first white card to both sets of staff, congratulating and acknowledging their sportsmanship.

The purpose of the white card is to show recognition to clubs for acts of fair play during a match, in pursuit of the overall goal to improve ethical value in football.

The introduction of the new white card in Portugal is a new initiative introduced by FIFA alongside some more new additions such as concussion substitutes and long stoppage time – the latter was demonstrated during the 2022 World Cup.

The awarding white card was received by applauding crowd members at Benfica‘s Estádio da Luz stadium, but has received a somewhat mixture of responses on Twitter.

It appears to be nothing more than visual representation of virtue signalling in football.

Why introduce it? It has no impact on the game whatsoever. 🤷‍♂️

Showing a card when someone does something “nice” is ridiculous man!

And this is how it should be 👏👏👏 Referee makes history by showing first ever 'white card' in Sporting v Benfica clash' on SmartNews: https://t.co/BLsPXNq7ni

What a ridiculous idea

But fucking why? Why would we ever need this? 😂😂😂