Now one of the most popular artists in the rap industry, Drake’s celebrity career first began as an actor who made an appearance in ‘Degrassi’. However, 2007 saw Drake begin to pursue his revolutionary music career, debuting his first ever mixtape called ‘Room For Improvement’. Drake’s first studio album ‘Thank Me Later’ debuted in 2010, which hit the number one spot on the US Billboard 200 chart and sold 447,000 copies within the same week. The artist has always been one to show great versatility and skill within his music. With hit albums and singles including ‘Started From The Bottom’ (which currently has 446 million views on YouTube) and ‘Best I Ever Had’ displaying Drake’s ability to adapt and update his various styles of music – a skill which has for sure made Drake such a stand-out, relevant performer in the music industry for so many years.

The new ‘Dark Lane Demo Tapes’ mixtape is no less when it comes to Drake’s prowess in the music industry. Whilst mixing a more contemporary, futuristic style of rap into songs such as ‘Pain 1993’ featuring Playboi Carti, Drake has also gone back to his roots with more emotive tracks including ‘From Florida With Love’. After the artist has previously dipped his toes into rap from the UK, previously collaborating with the likes of Skepta and Giggs, the track ‘War’ takes on a more British drill style of rap. In the official video for ‘War’ we can see Drake sporting the 6 MONCLER 1017 ALYX 9SM puffer jacket in a vibrant orange, which you can shop here from Mytheresa for £1,355.

Prior to the release, the rapper released tracks featuring in the mixtape, including ‘Chicago Freestyle’ featuring Giveon and ‘When To Say When’. The two tracks were released on the same YouTube video two months before the official debut of the full mixtape on 1st March. The video for ‘Chicago Freestyle’ and ‘When To Say When’ currently has over 31 million views on the video platform. The mixtape also features the already hit single, ‘Toosie Slide’, which was originally released on the 3rd April this year. ‘Toosie Slide’ currently sits with over 70 million views on YouTube. The success of the single was undoubtedly helped by the catchy beat and the ‘Toosie Slide’ dance which became an internet phenomenon on popular social media platforms such as TikTok and Instagram. 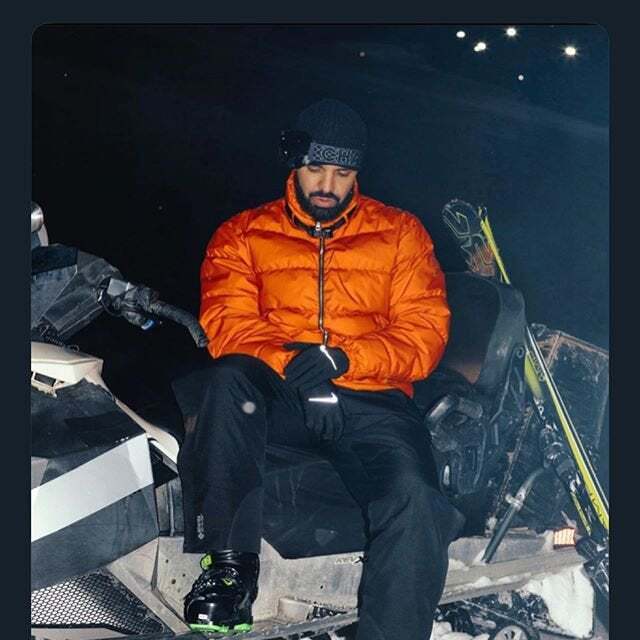 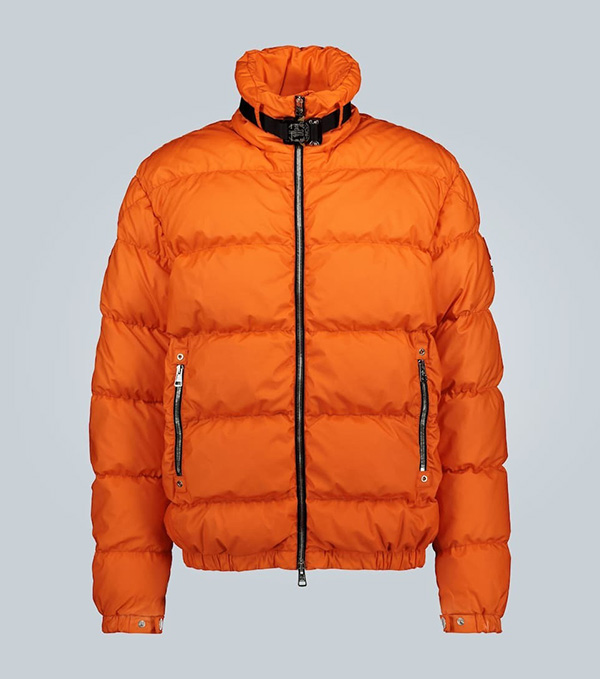 The Hoxton Trend team member, Levi, chose his favourite track this week from the album, which is called ‘Desires’ featuring Future. The track once again features a newer style of rap from Drake, alongside the delicate, harmonic singing style that he seems to pull off every time. In their track, both artists speak about their love for Houston, Texas, and it isn’t the first collaboration we’ve seen from this pair. ‘Life Is Good’ was a recent release from the twosome, which rose quickly in the charts and currently has over an impressive 413 million views on YouTube.

Hopefully this won’t be the last we see of Drake this year, as many artists are keeping busy in the current lockdown period across the world, blessing our ears with new music day after day. Take a look at new releases and upcoming work from other artists including Playboi Carti, Octavian, Sneakbo, Lil Baby and Wiz Khalifa, or catch up with the latest sneaker and menswear releases on our ‘Release News and Blogs’ page by clicking here.