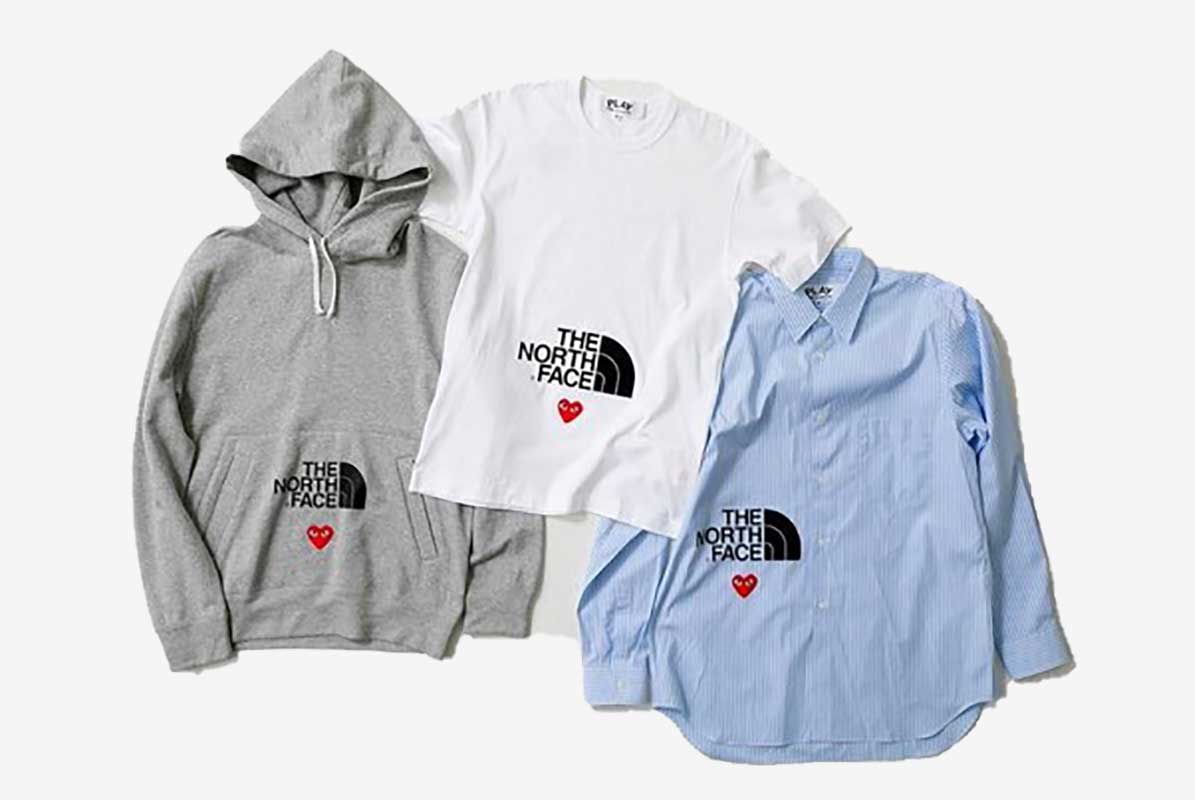 Two super brands Comme des Garçons and The North Face have announced their new collaboration on an apparel collection. The collection which releases on 28th August will be available at Goldwin Sports. Scroll down to read more about one of the freshest collabs of the year.

Both of the brands are very popular within the streetwear industry and The North Face is often seen with people wearing hoodies, t shirts and joggers on an everyday basis. The brand began as a climbing equipment retail store in 1966 but in the late 90’s it was adopted by New York rappers who were often seen sporting the brand. Since then The North Face has collaborated with other big brands including Supreme and Timberland.

This is also not the first time that Comme des Garçons have collaborated with another brand, as they have previously released collections with brands such as Nike, Moncler and Fred Perry. When the brand was founded over 50 years ago it garnered attention due to the conceptual nature of the designs. However, when Comme des Garçons PLAY was introduced as a spin off label in 2002 the brand was considered more wearable and playful. It had a much more modern aesthetic with its instantly recognisable iconic red heart logo that is now seen on many streetwear fits. 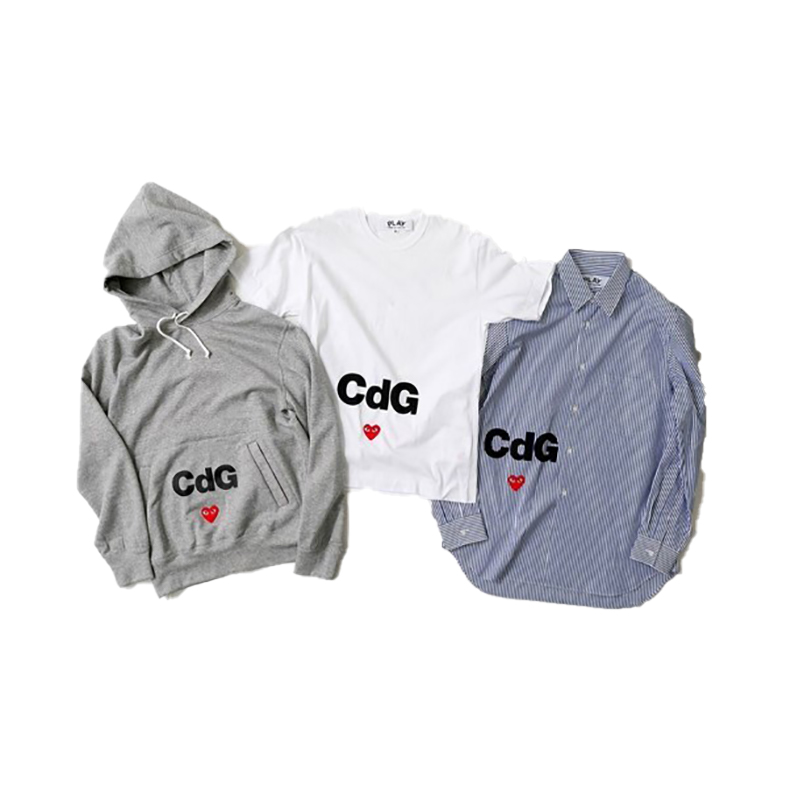 The collaboration sees the release of a hoodie, t-shirt and an over-shirt. The hoodie and t-shirt come in white and grey colourways whilst the shirt is white with blue pinstripes, the over-shirt is thought to be the standout piece of the collection. The capsule collection is available in two logo styles. One which is more The North Face dominant with the half dome logo complete with the PLAY heart motif underneath. And the other with a more Comme des Garçons centric version, which only shows the CdG branding.

This is definitely set to be one of the best and most popular collaborations seen this year so make sure to set your alarms so that you can cop. Available from all Comme des Garçons PLAY locations and online at Goldwin Sports. Also don’t forget to sign up to our newsletter so that you can keep up to date with the latest trends, discount codes, competitions and more. And if you want more content like this, then head over to our blog where you can discover all the latest news in fashion and music.