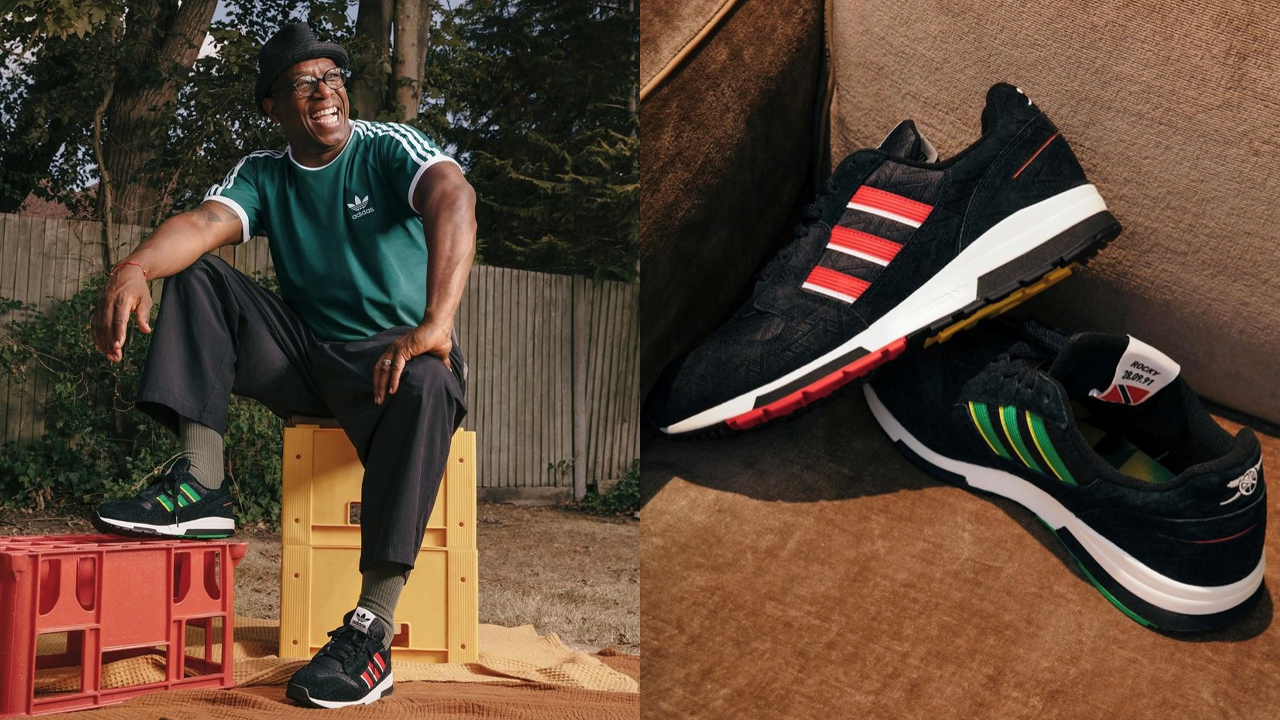 For the first time in what feels like a long time, they’re finally enjoying a promising start to a Premier League season and Arsenal F.C. have re-connected with club legends Ian Wright and the late David Rocastle for a limited-edition set of Adidas trainers dubbed the Honor Oak.

Arsenal F.C. is a club that cherishes both its community and history. Arsenal is also the home to a diverse range of supporters and the club always does its best to represent their whole community when they can

Some good examples of this include working with Aston Mack, founder of the Orlando Freedom Fighters for the club’s new third kit and also the Jamaica-inspired pre-match jersey that became a big hit around London.

The new Adidas x Arsenal Honor Oak trainers collection is in celebration of both Wright and Rocastle’s friendship, as well as celebrating both players Caribbean heritage.

It’s been 30 years since Wright and Rocastle played at Arsenal together, the place where they formed a strong friendship. The new Adidas x Arsenal Honor Oak trainers, is named after the area both players grew up in.

Crafted in a black colourway, features of the Honor Oak trainers include flags from Jamaica and Trinidad and Tobago inside the tongue and along the outside – a reference to both players Jamaican heritage.

The date September 28, 1991 can be seen alongside the embroidered details – the date Ian Wright made his Premier League debut and both friends joined each other on the pitch as Arsenal team mates for the first time.

The black trainers also feature a cannon crest on the heel, alongside colour accents from the Jamaica and Trinidad and Tobago flags.

Ian Wright released a statement regarding the new trainers: “We were best friends and 21 years since he left us (Rocastle), I still miss and think about him every day. Rocky is the reason our whole estate supported Arsenal and he taught me what it meant to be an Arsenal player.”

Wright continued: “The Adidas Honor Oak represents the start of the football journey we both went on, coming from the Honor Oak Estate in Brockley and playing out our dream of one day playing together as professionals. I’m so happy we got to make these shoes as another small way to keep Rocky’s legacy alive.”

In honour of the year both club icons played together, there have only been 1991 pairs of the Adidas x Arsenal Honor Oak trainers made available and you can grab yours now from the official Arsenal webstore.

For more up to date news and the top discounts & sales available – visit The Hoxton Trend.