After being leaked last Summer, Travis Scott’s newest collaboration with Nike is set to release 1st May. The Travis Scott Air Max 270 React are finally dropping. Travis’ longstanding collab with Nike continues after successful efforts on Air Jordan 1, Air Force 1, Air Jordan 4 and SB Dunk all of which have previously sold out.

The earthy colour scheme of these sneakers is quite different to what we usually see. The upper part of the sneaker is beige, featuring a wavy pattern. It has padded terry cloth ankle collars with contrasting brown toecaps. The grey tongue effortlessly blends in whereas the red lace loops stand out against the muted colours. No Travis Scott sneaker would be complete without Cactus Jack branding which appears on both insole and embroidered on the heel tabs. Most controversial is the hand-painted styling used on the midsole which offers an unfinished effect, very uncommon for Nike.

Earlier in the year Travis Scott posted an Instagram video where he was wearing a pair of the sneakers. We saw that they had a reverse, oversized Swoosh, similar to what we have already seen on the Air Jordan 1’s that Travis released last year. However, after seeing the new images of these sneakers it seems that those with the reverse Swoosh were a custom pair, not for commercial release. 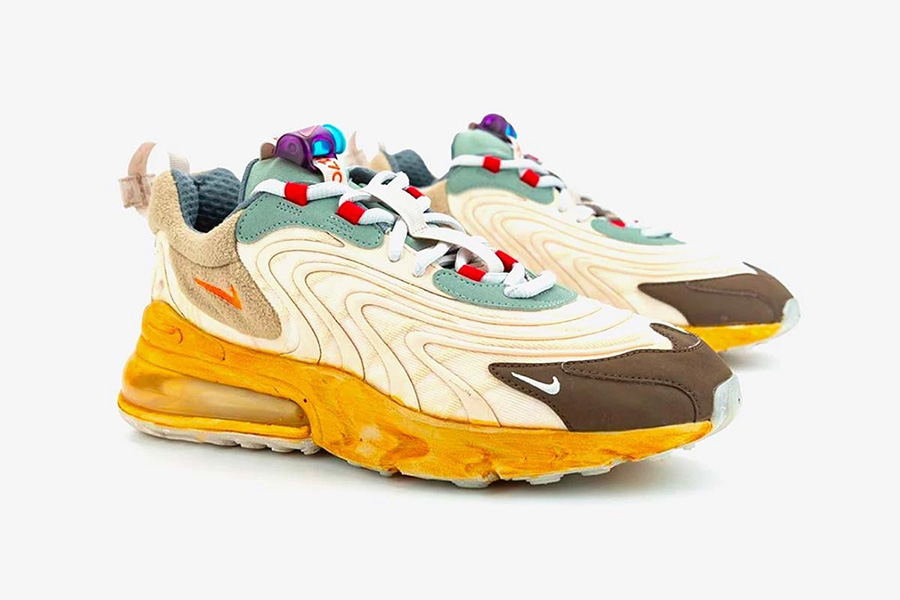 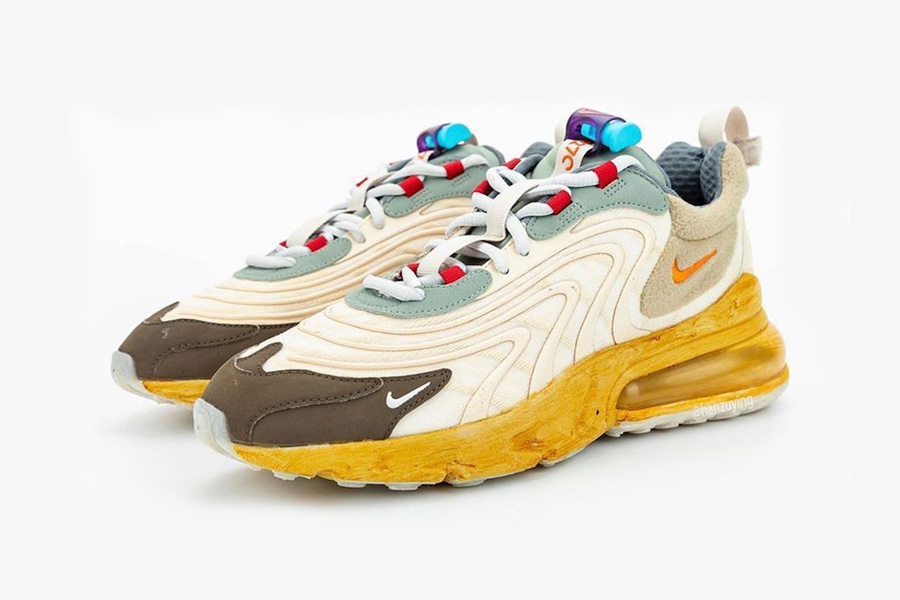 The release coincides with Travis Scott’s in-game Astronomical digital tour on Fortnite which attracted 12.3 million players on the first of 5 nights. Travis used the opportunity to reveal a new song ‘The Scotts’ and alongside this he also released Fortnite merchandise including apparel and gaming accessories. He is once again showing how influential he is with this innovative idea by inspiring the future of the music industry. Now that Travis Scott has more hype than ever around him the new Air Max’s are sure to sell out.

However, the shoe has had mixed reactions from sneakerheads online saying that due to the earthy tones and bold aesthetic the sneaker is not as appealing as his other Nike collaborations. Although, Travis’ huge fanbase will no doubt be supporting the singers latest venture by purchasing a pair, and he is bound to have more fans after his Fortnite digital tour. This sneaker drop also has an increased hype down to its delayed release; as they were set to release in March but due to Covid-19 they have been pushed back until now.

Travis Scott has increasingly become a very influential and popular name in the fashion world mainly down to his authentic streetwear style. As a result of this the Air Max 270 Reacts will be in high demand. And you should definitely try and cop this new addition to the growing line of Travis X Nike whilst you can!

Get them here retailing at £140