Travis Scott Breaks Records With His 'The Scotts' Debut On Fortnite

Travis Scott Breaks Records With His ‘The Scotts’ Debut On Fortnite

As promised, Travis Scott blew fans away with his free, virtual ‘Astronomical’ tour which took place on Fortnite over a number of days. The award-winning artist is well known for his creative, innovative concepts which often make him a stand-out voice within the music industry. Over his musical career, Travis Scott has sold over 45 million certified records in the United States alone, collaborated with artists including Drake, Sheck Wes, Gunna, NAV, Kanye West and Jay Z, and has a net worth of approximately £32 million at the prime age of just 28. The rapper has been nominated for six Grammy Awards so far and has also won a Billboard Music Award.

After the success of the virtual Marshmello gig that took place on the same gaming platform, it was inevitable that the chart-topping rapper would attract impressive traffic to the performance, with the first performance alone attracting over 12.3 million live viewers. After the success of the initial concert, four more performances got underway over the days following, which were all due to take place at different times so people across the world didn’t have to miss out due to the differences between time zones.

The innovative ideas Travis Scott employs throughout his work yet again failed to disappoint. This time, the concert featured a huge animation of the rapper who could be seen striding across the landscape before travelling underwater, into space or on the floating amusement park inspired by the original ‘Astroworld’ tour and album. Each performance that took place was around 10 minutes long, and enabled players of the game to move around the giant Travis Scott figure as their surroundings also changed and crumbled around them.

Scott had teased fans by announcing that not only the concerts would take place over five days, that during the virtual gigs, the rapper would release his new track ‘The Scotts’ featuring Kid Cudi. The single was debuted via the game on 23rd April and had been officially released to streaming sites by the 24th . Following the release of the single, three versions of the album cover, designed by no other than Kaws himself, have been made available to purchase in different formats on the official Travis Scott webstore, two of which are already sold out. This was the first time that a song had been released via video game concert. The idea itself was a recipe for success. In the current pandemic, many countries are in lockdown where citizens are unable to leave their homes and are looking for new ways to entertain themselves. Fortnite has been a huge trend within the gaming industry over the past couple of years, so it was the perfect platform to engage with fans in a new, exciting way. ‘The Scotts’ single currently sits at number one on the ‘Global Top 50’ chart on Spotify, breaking streaming records with over 7.45 million streams after just one day of the track being released. Alongside the new single, the concerts featured a variety of Scott’s hit songs including ‘Highest In The Room’ and ‘Sicko Mode’ featuring Drake. 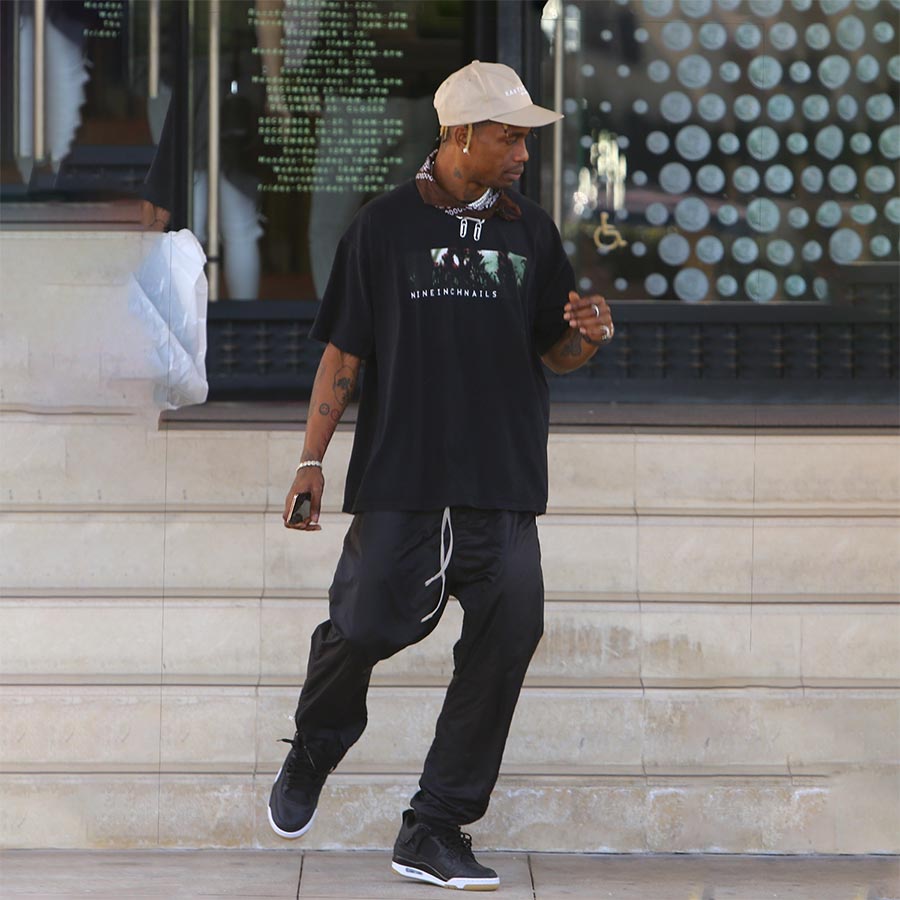 From a business standpoint, the shows were a clever way to introduce younger players to the rappers’ music. After the first show, the rappers Spotify listener rates increased by a staggering 25%. Before the premiere show took place, Travis was asked what fans could expect from the performances, where he simply replied “to be honest, it’s just a full experience… a different experience’ which described the events perfectly.

In total, the five short shows attracted over “27.7 million unique players in-game live 45.8 million times across the five events” which was announced on the official Fortnite Twitter channel on April 27th. The record attendance for the in-game performance has marked Fortnite as not just a video game, but a social platform which could change the relationship between music marketing and gaming forever.

Want more content? Check out our ‘Release News and Blogs’ page for more of the latest on music and menswear.