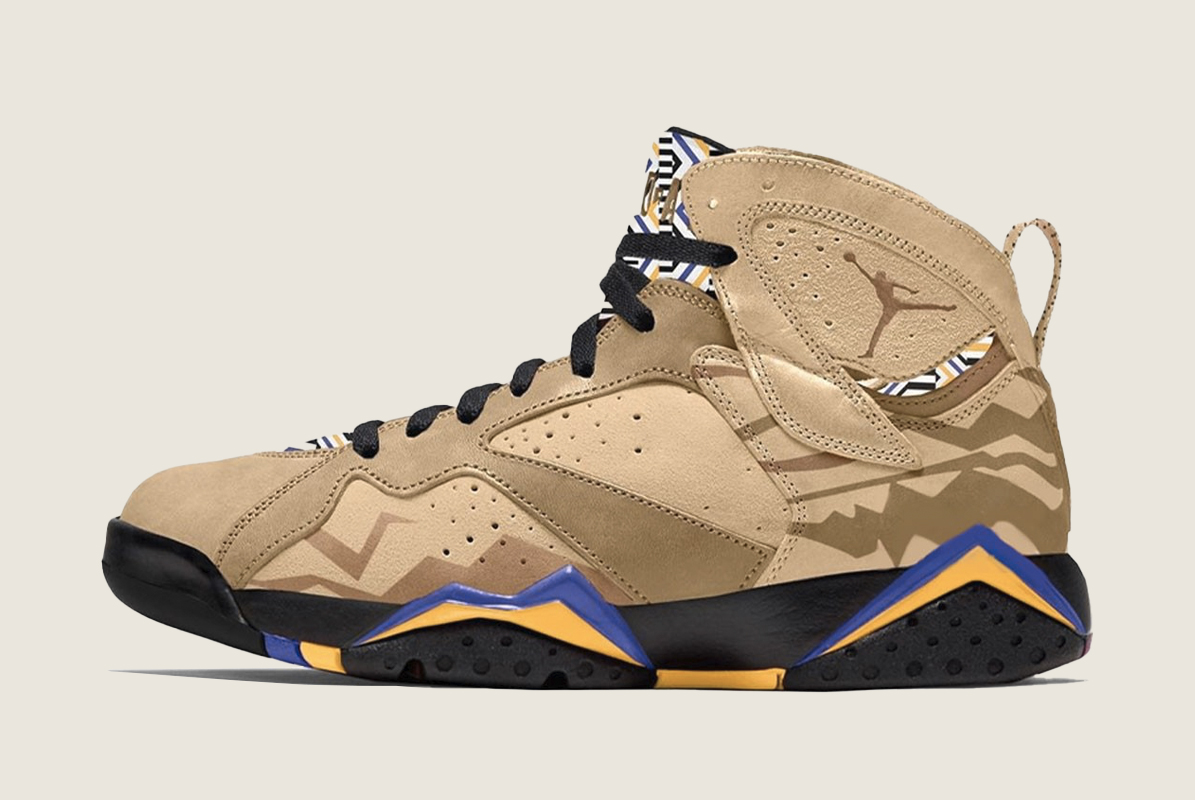 To celebrate the 30th anniversary of the Air Jordan 7 silhouette, the Jordan brand has released a special edition colourway – Afrobeats. The Air Jordan 7 is a hugely popular shoe, originally designed in 1992 by Tinker Hatfield. There were five colourways initially released, including the first Olympic-inspired version, which Michael Jordan wore during the 1992 Summer Olympic Games. To see more Air Jordan, head over to the Nike website.

As part of the anniversary celebrations the Jordan brand is launching the Air Jordan 7 ‘Afrobeats’, which pays homage to the music genre of the same name. Afrobeats is popular genre of music from West Africa that takes influence from jazz, soul, and funk, combining this with African musical styles such as fuji music.

The sneakers are to be crafted from premium suede and leather. They showcase a mostly ‘Vachetta Tan’ colourway with various geometric prints throughout. The design sits on top of a black midsole with hints of purple and yellow. You will also find Jumpman branding on the lateral side.

Expect to see this Fall 2022 and let us know your thoughts over on our social media. Keep checking our launches page as its the first place to inform you of any new drops and releases. And head over to the Nike website to shop more.