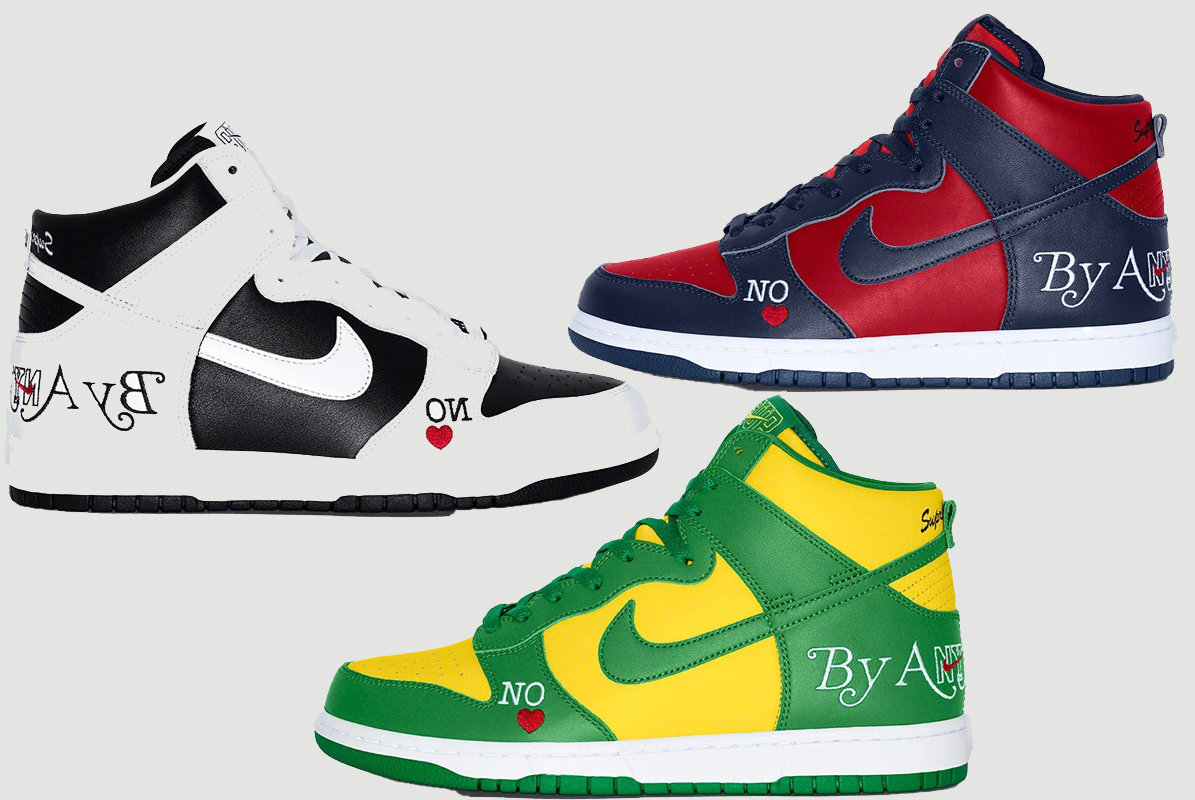 After months of speculation regarding the release date of the new Nike SB Dunk Highs, fans can rest knowing that it’s now only days away.

As a part of their Spring/Summer 22 collection, Supreme is adding a new instalment to their Nike SB collaboration. The new collaboration introduces a return for the Dunk High in three colours – white/black, navy/red, green/yellow.

Each trainer features a leather base with embroidered graphics and Supremes’ attitude and New York origins is expressed throughout their new footwear. On the heel reads the brands slogan “BY ANY MEANS” and along the side reads “NO” alongside a red heart.

Some believe its best years are behind them, but Supreme has shown no signs of slowing down or giving up their efforts as being known as the streetwear label that enjoys shocking people. Whether that’s their daring partnerships (such as Playboy, Clarks, and Everlast), wacky and random drops that sell out within minutes (for example the Supreme brick), or their increasingly expensive prices.

Supreme started off as a small skateboarding store in New York City in 1994. Since then, it’s developed into a billion-dollar company with a strong presence in the fashion industry and countless loyal customers.

Check out all three options of the Supreme x Nike SB Dunk Highs available right here. If you’re looking to get your hands on a pair, you’ll have to be on Supremes website on Thursday 3 March at 4pm, UK time. 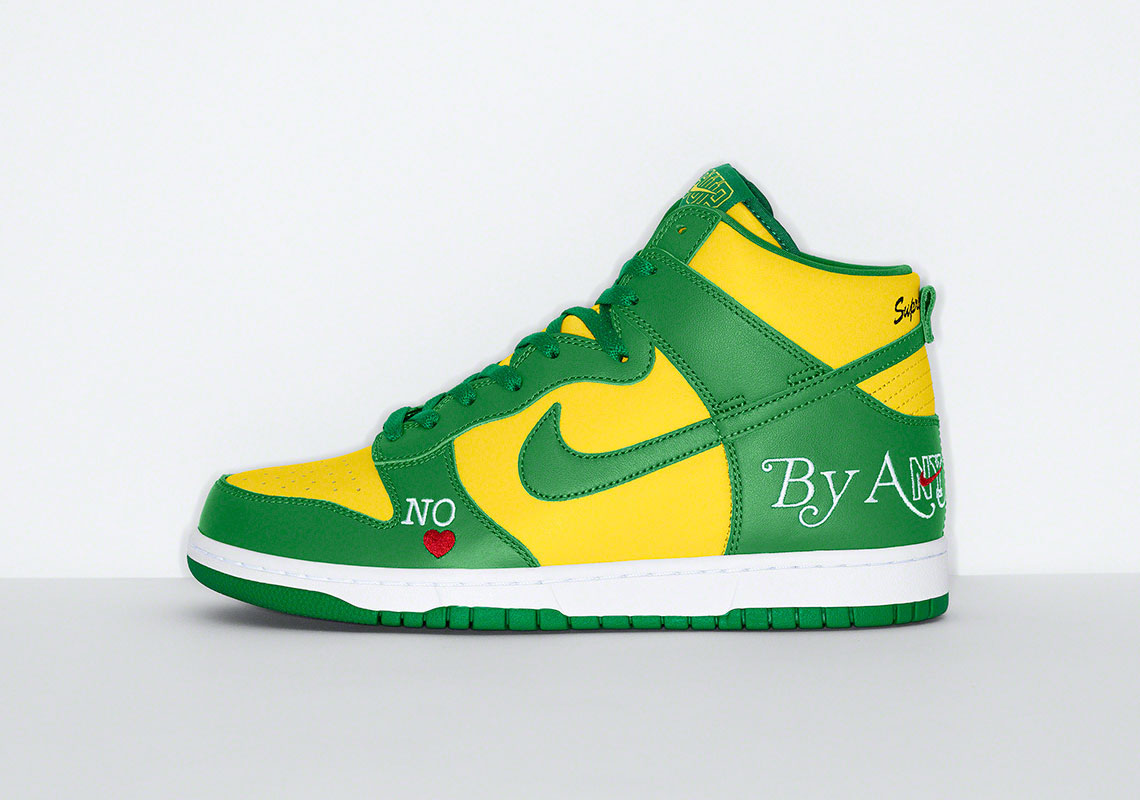 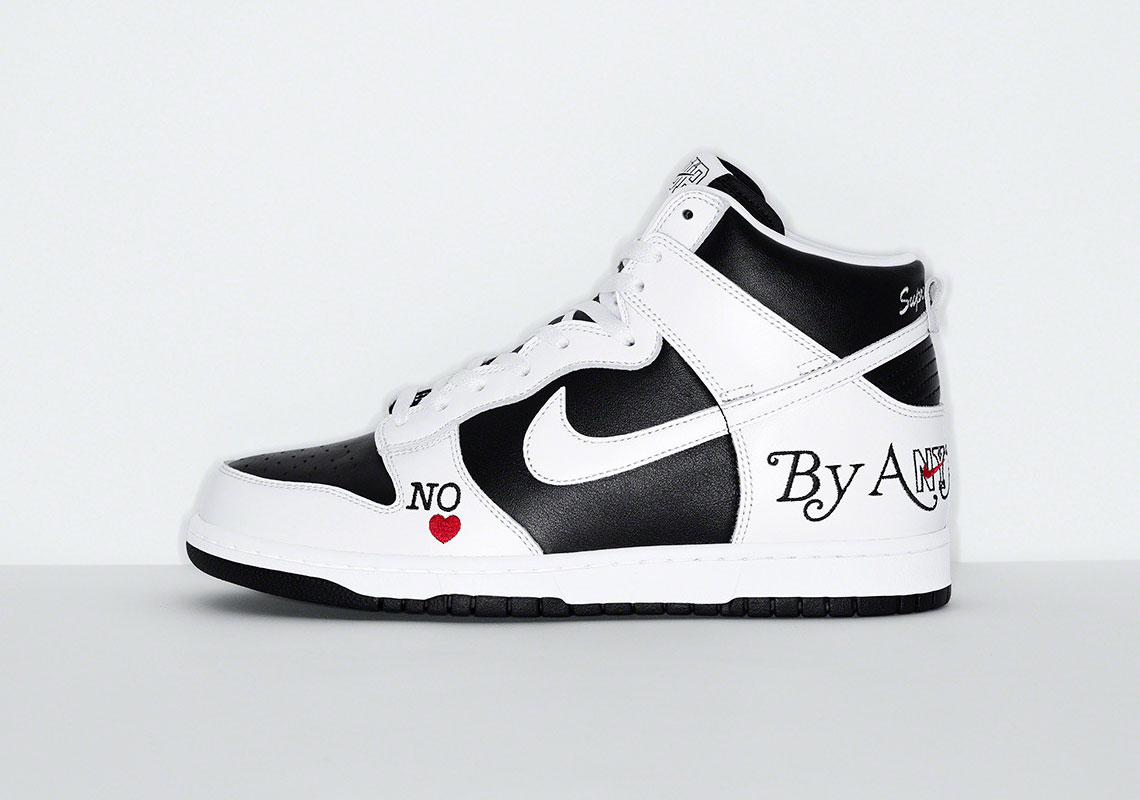 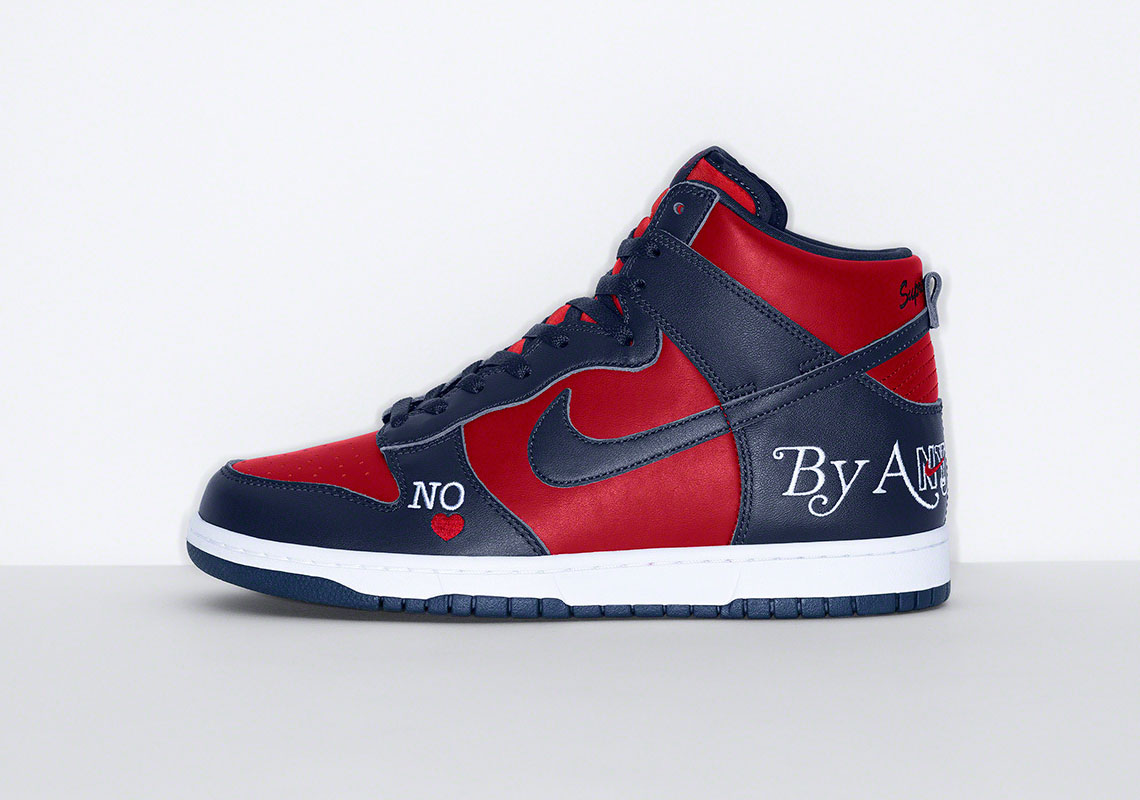