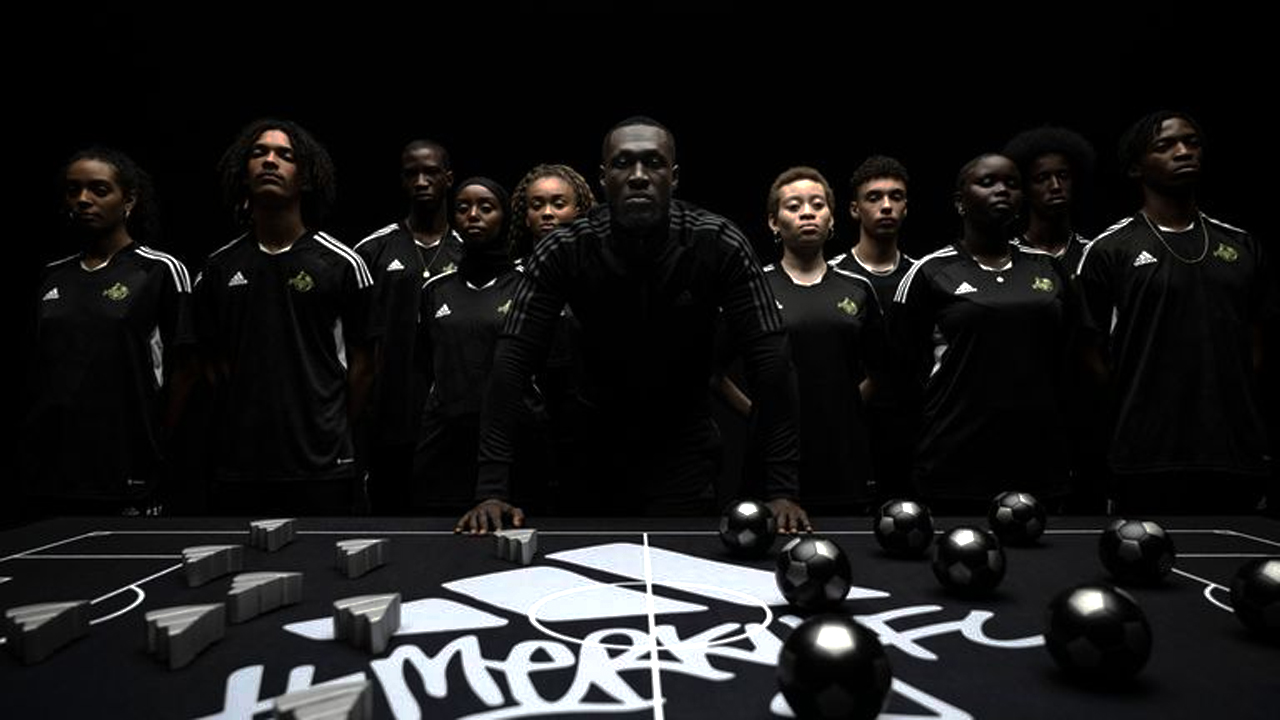 With the purpose of boosting diversity in the football industry, the new partnership will provide football career opportunities and mentoring through work placements with Adidas and 10 industry-leading brands including Stormzy’s boyhood club – Manchester United.

Anyone can apply for the support of #Merky FC, but candidates aged 18 to 24 from Black or mixed Black heritage are particularly encouraged to apply.

This new imitative comes just over a week after Adidas cut ties with Kanye West, following backlash over the rapper’s antisemitic comments.

The new partnership and venture comes after figures from Adidas with FARE Network, revealed that just 6.7% of senior roles in football are held by Black and mixed heritage people. This is despite 39% of Premier League players identifying as Black or mixed Black heritage.

A new YouTube page called “#Merky FC” has uploaded their first post today, a 37-minute video explaining the #Merky FC launch, which can be found below.

Stormzy labelled that statistic as “embarrassing” as he then launched the new partnership along with 10 brands including Manchester United, Fulham FC, Sky Sports, VERSUS, LADbible Group and more.

Stormzy tells Sky Sports: “If you can see that representation on the pitch with all the players, then it should at least be backed up by people in positions of power, positions of influence outside of being an actual footballer. Hopefully with what we’re doing we can drive a change.”

The programme is set to launch in January 2023 and comes not long after the Football Association’s (FA) second annual report on the Football Leadership Diversity Code showed English clubs are failing to meet six out of eight pledged targets.

During his Sky Sports interview, Stormzy added: “Through the #Merky FC initiative we hope to inspire real change within this field as part of my wider commitment to support racial equality in the UK.

“With the support of Adidas and the additional 10 partners, we will be in a position to aid the people who may have experienced disadvantages during their football career pathway. We strongly encourage other companies to join us in our mission.”