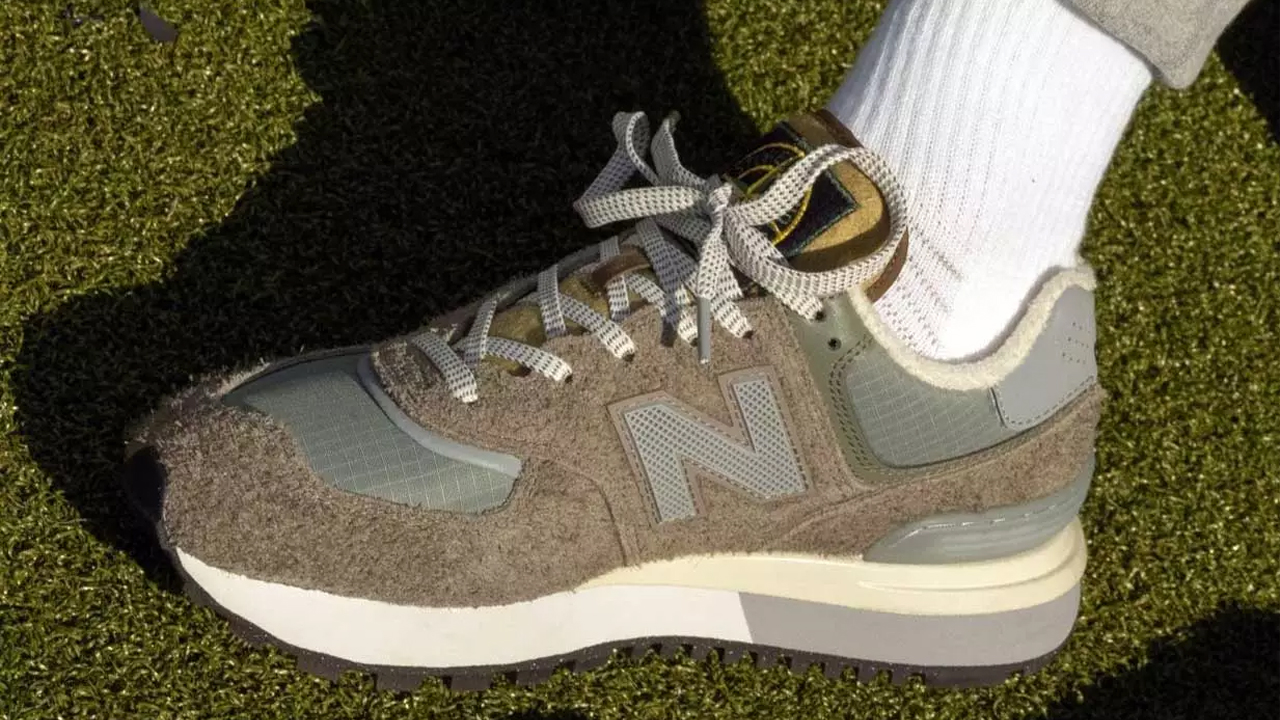 Last week we got our first look at the Stone Island x New Balance 574 trainers and it’s now confirmed that the highly anticipated kicks are finally making their first retail appearance.

Always expect the unexpected with Stone Island, the Italian label that celebrated their 40th anniversary this year, do not play by anyone else’s rulebook.

It’s like Stone Island‘s aim isn’t to please their millions of customers, but to surprise them instead. CEO Carlo Rivetti recently told Highsnobiety: “If you give people what they want, you are late to the game.”

It’s not the new shoe itself that will leave Stone Island fans feeling slightly bitter, but the fact that we’ve learned that the collaborative trainer has received an official early release today (Dec 1), exclusively at Stone Island Miami.

Miami isn’t exactly a place we can drive to and pick up a pair, even then, an extremely limited number of the collaborative 574 trainers will be available – meaning only the most devoted of fans will likely get a pair.

Although, we can expect a more global, wider release later this winter. I can’t say for sure how much wider, but I believe Stone Island and New Balance will provide at least a few more pairs to release in other areas of the world.

Check out where you can cop a now iconic Stone Island Heritage Camo jacket right here.

There’s no guarantee when the new Stone Island x New Balance 574 trainers will release, where they will release and if any of us will even be able to get our hands on a pair. The only guarantee is that these kicks are destined to sell out rapidly.