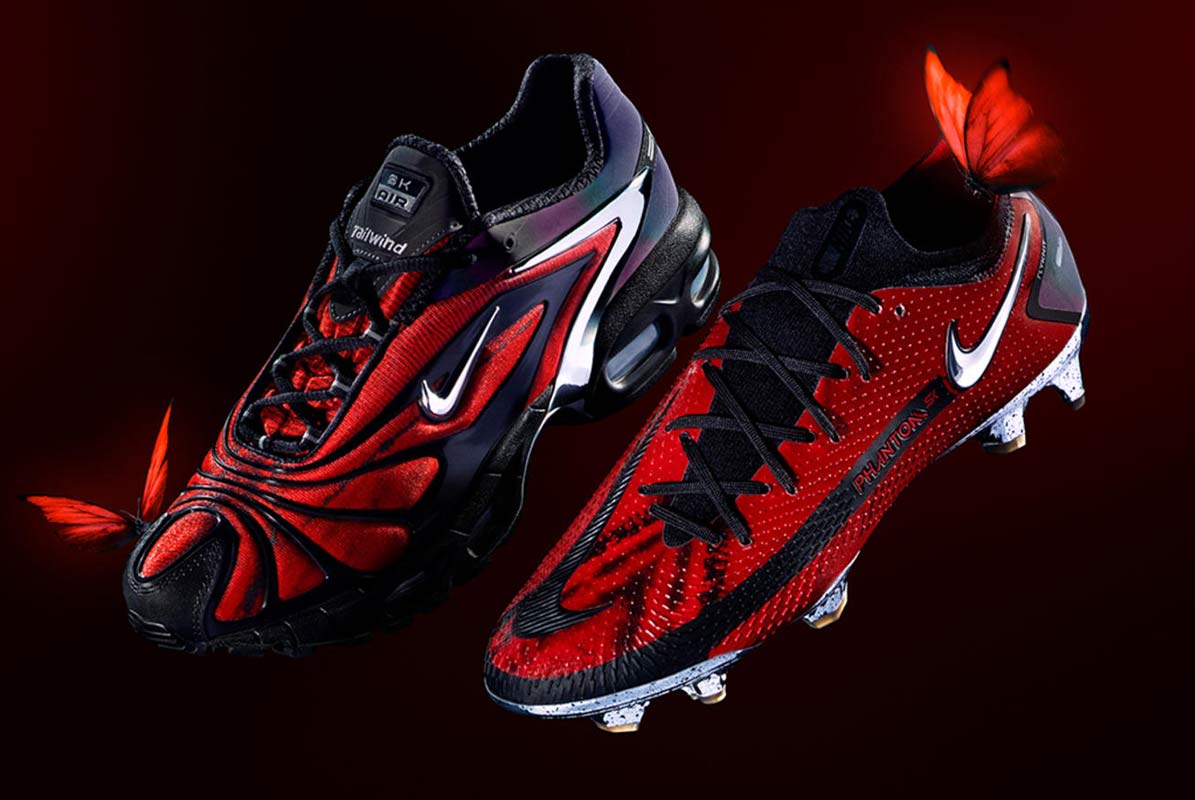 Taking to Instagram at the beginning of this week, London based rap star, Skepta, revealed that once again he has teamed up with Nike for another collaboration.

The relationship between Skepta and Nike go way back. The first collaboration from the two debuted in 2016, with the Nike x Skepta Air Max Classic BW.

In 2017, Skepta created his own re-designed of the classic Nike Air Max 97 silhouette, which at the time was resurging in popularity. The colourway landed in September, and was said to be inspired by the rapper’s recent trip to Morocco, alongside the OG design of the 1999 Nike Air Tuned Max. ‘When designing the Air Max 97 Sk, we took the colour palette of Morocco into consideration, but also the palette of the 1999 Air Tuned Max. That was the first shoe I ever saved up money to buy, so I wanted to bring its magic to the 97 – the magic that made me first love Air Max when I saw it as a child’ Skepta told the brand. 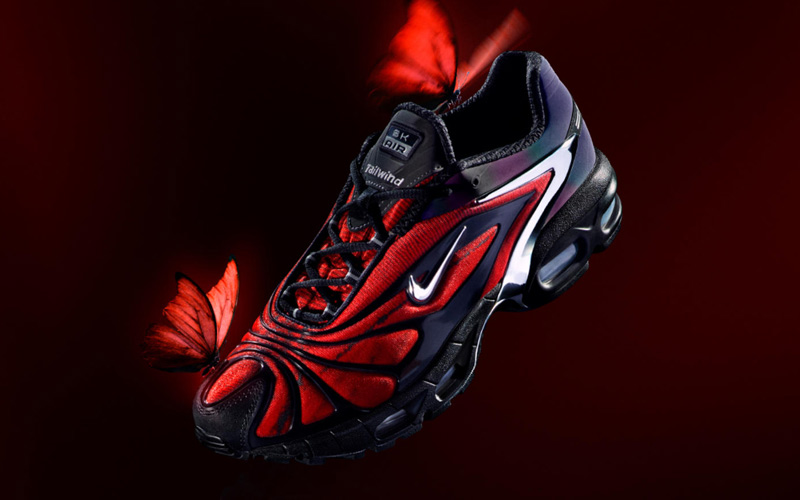 Just a year later, Nike and Skepta paired up for a third time, to create two more impressive silhouettes. The earlier pair were created as a unique hybrid between the retro Nike Air Max 97 silhouette and the Nike Air Max BW. This time, consisting of a white base with contrasting red and blue detailing. Later the same year, Skepta resurrected the Nike Air Max Deluxe, a shoe not seen on the market since the late 90’s – the design inspired by his breakthrough single ‘That’s Not Me’.

September, 2019, saw the release of the hit Nike Shox TL in an exclusive black and red colourway. With a black mesh upper, all black TPU caging and a siren red sole, the silhouette sold out within minutes of the release and became a must-have piece for any sneaker collector.

So far this year, we have already seen one collaboration between the two names. This time, consisting of a bolder colourway of the classic Nike Air Max Tailwind. The simply named ‘Bright Blue’ colourway consisted of a mainly black base, which contrasted with the unusual marble print upper in a sea blue colour. 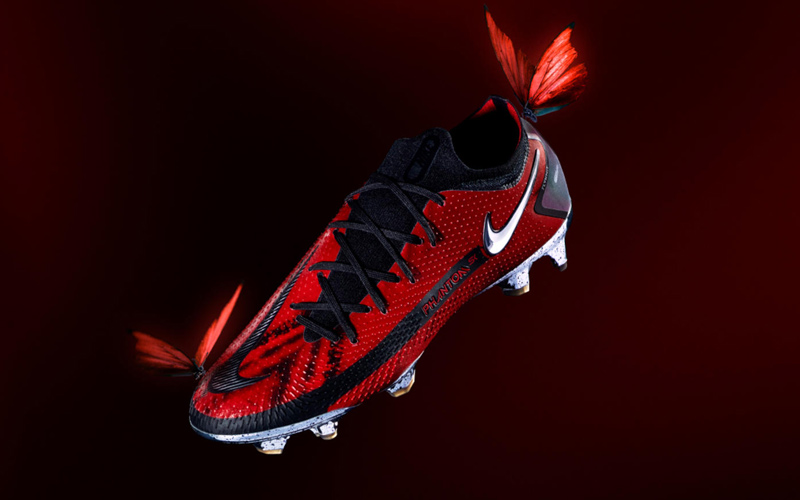 Skepta has already impressively announced his second collaboration for this year, featuring not just one silhouette, but two. Following from his latest drop, there will be a second colourway of his Skepta x Nike Air Max Tailwind releasing, coming in a ‘Bloody Chrome’ shade, featuring deep red tones. The second, an undoubtedly most unique part of his latest project, is the SK Phantom Football Boot.

The performance boot is specially designed with the sport itself in mind. With a passion for football himself, Skepta told Nike “I love the pressure when you call for the ball. When they pass it to you, you become the sole director of the next move for the team. You’ve got a split second to decide, ‘is it good for me to keep this and show what I’m about or is it good to pass it and show that I’m thinking about all the players on the pitch?’ I love the culture around football as much as the game; I’m really into the culture of football jerseys for what they represent. They represent ‘team.’ Going to matches is sick too. When you go to a match, you experience live people, live audio, all the things that the TV might miss… you really feel it more than see it or hear it when you’re there.” 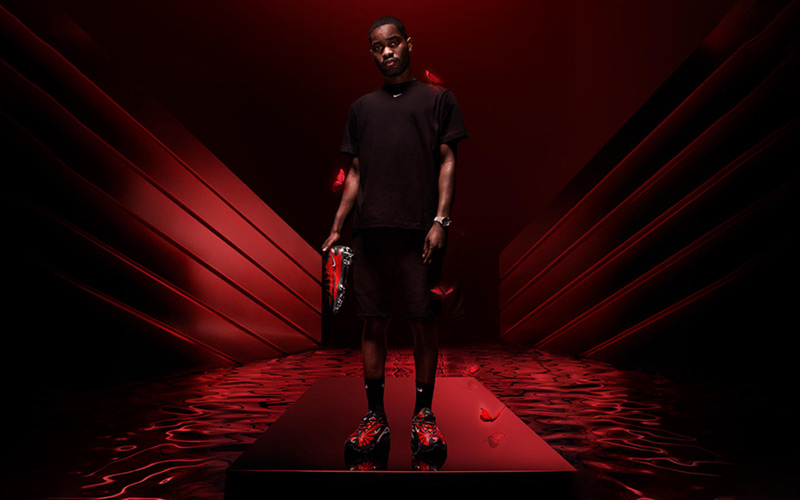 The SK Phantom Football Boot comes with a deep red upper, with a classic black lacing system, and white and gold studs. Both of the shoes will be released next month, on June 12th. The official campaign for the release has a guest appearance from rapper, Dave.