As part of the celebrations for “air max day” Nike released the ‘reverse duck camo’ take on the classic air max 90 on March 26th. The camouflage variation was a massive success for nike and their collaborators, Atmos in 2013 when the two teamed up to deliver a sneaker which featured a duck-hunter friendly camouflage print. Following its makeover in neon red accents for its March debut, nike have been working on a second colour way due to hit on the 15th of May as a special treat in celebration of the air max 90’s 30th birthday.

Known as the ‘air max III’ until 2000 when it was rebranded to reflect its original release date, these sneakers have been a staple item of the Nike air max range since their debut in 1990. Their original colour way of black, white and grey was chosen to accentuate the thick soles, which is what gained the sneaker its mammoth following. These shoes famously jogged their way into George Bush’s wardrobe after nike had customised a pair for the then American president. 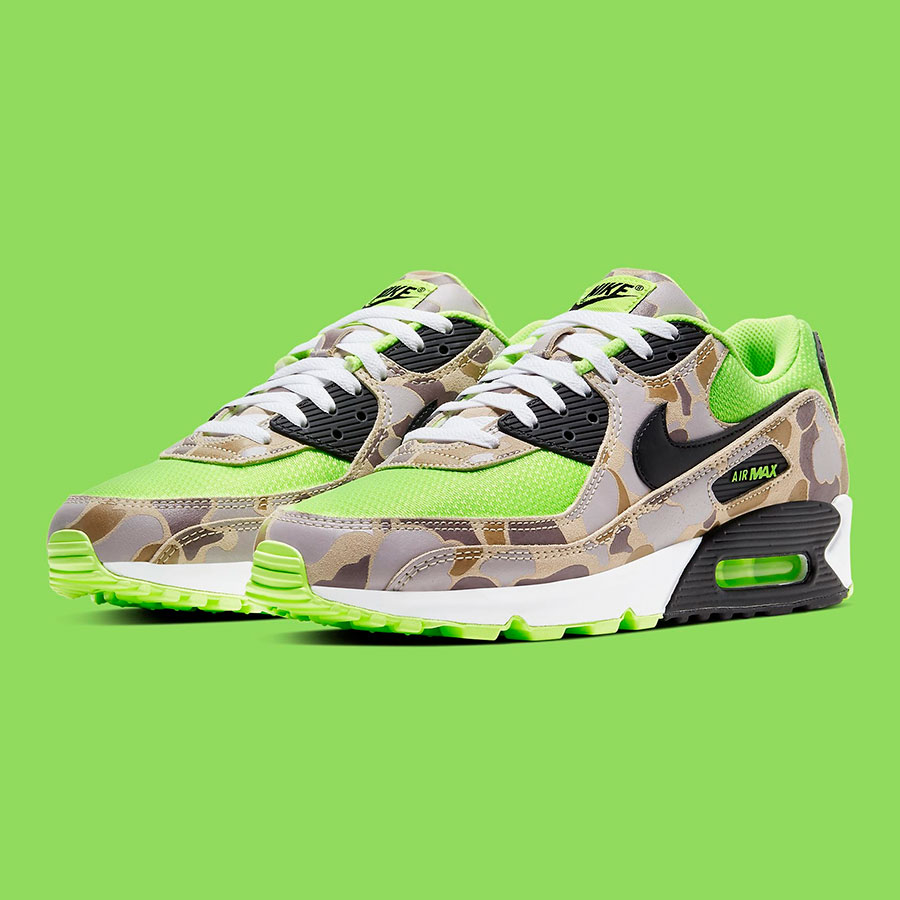 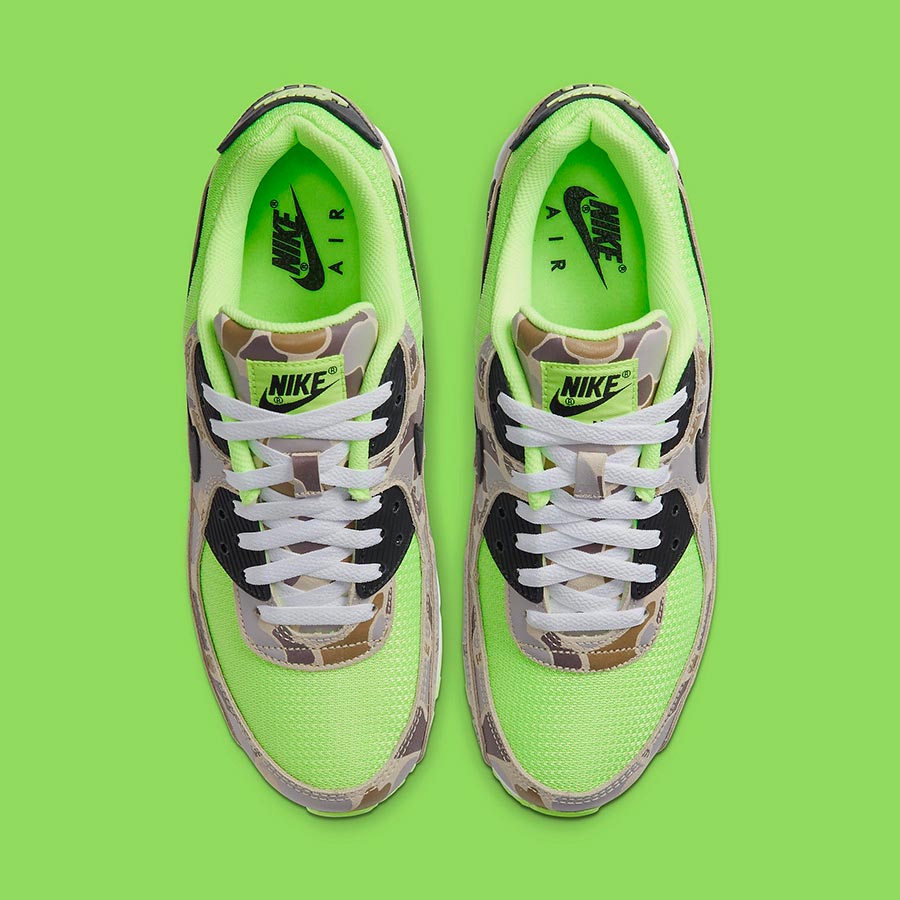 The latest duck camo variation, ‘Volt Green’ was unveiled by a long standing fanatic of the air max 90’s. The famous Huston Rockets’ Thabo Sefolosha has notoriously played exclusively in these sneakers for several years, thus making him the man for the job, revealing the upcoming drop. The player first switched to the air max 90’s in 2015, after an incident outside a nightclub in Manhattan left him with a broken fibula and ankle damage. In an interview with Deseret News he expressed his love for the iconic shoes now synonymous with his career, saying “I just play in what’s comfortable, to be honest. I think they have a great grip for somebody like me that kind of slides a lot and needs to be quick on the court”.

The ‘Volt Green’ duck camo air max 90’s replace the previous neon red accents for a ghost green creating an eye catching effect. This is contested by the shift of hues in the camouflage pattern veering less so on the woodland colour palette of the past duck camos towards a muted desert aesthetic. The tongue and overlays are fashioned in a sandy tan while the black accents and eyestays add to the striking look of the sneaker and at the bottom, the foam midsoles are split in between a white and black.