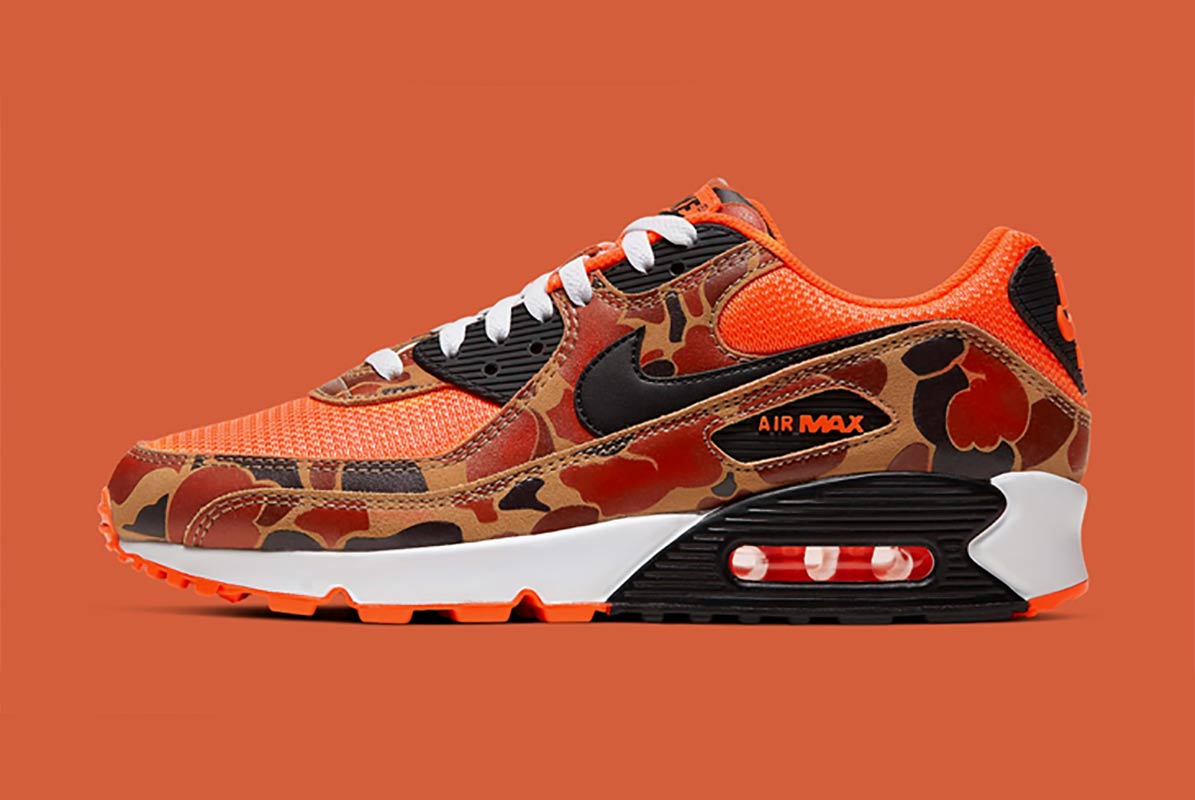 As part of the celebrations for “air max day” Nike released the ‘reverse duck camo’ take on the classic air max 90 on March 26th. The camouflage variation was a massive success for nike and their collaborators, Atmos in 2013 when the two teamed up to deliver a sneaker which featured a duck-hunter friendly camouflage print. Following its makeover in neon red accents for its March debut, nike have since released the second colour way of the trilogy which debuted on the 15th of May. Nike however, didn’t stop there, the “Duck Camo” comes in a formidable new trio as a special treat in celebration of the air max 90’s 30th birthday. The final colour way which is closely reminiscent to its more successful counterpart, the “Reverse Duck Camo” swapping out the neon red for a citrusy orange, and the forest hues of the camo to a mahogany and auburn palette. 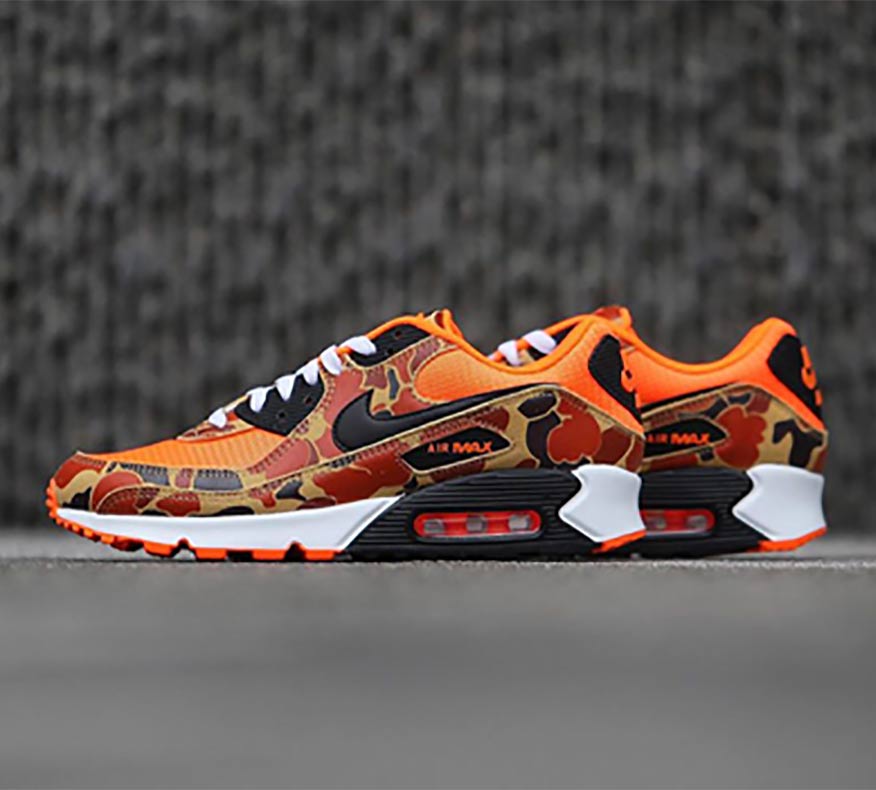 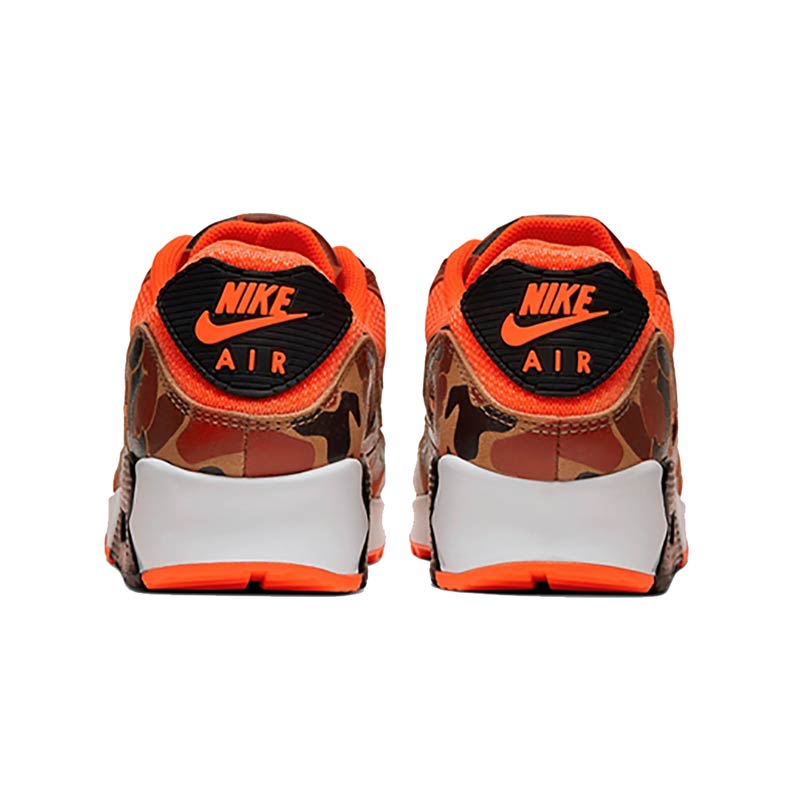 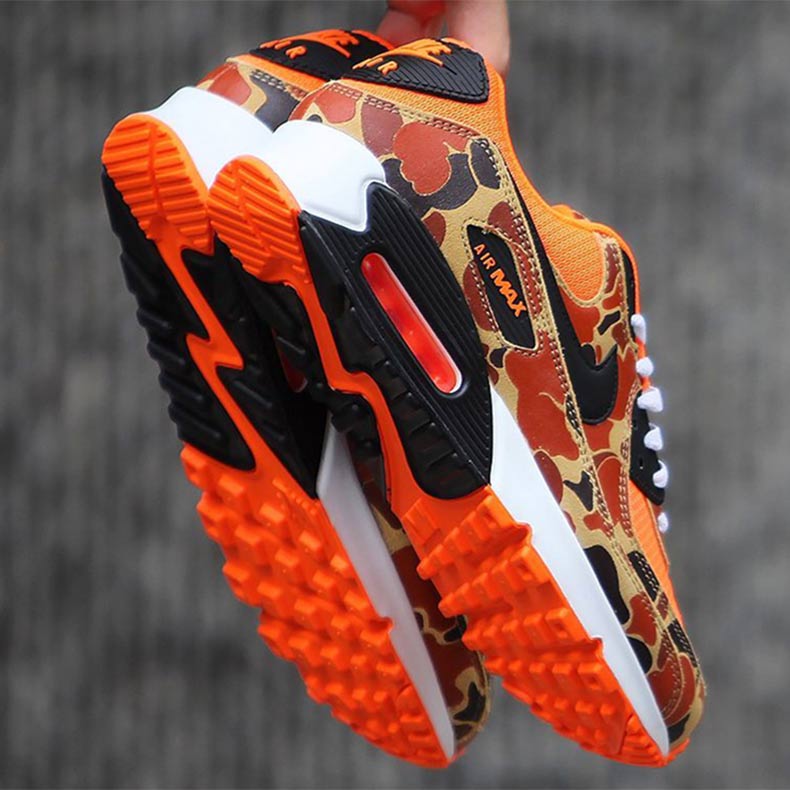 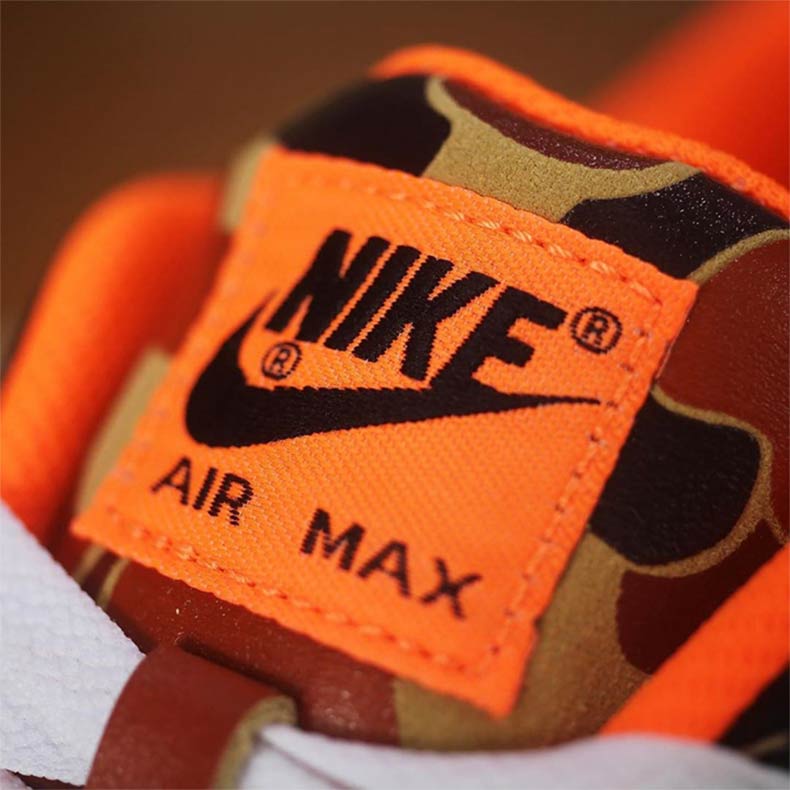 This Duck Camo features the signature orange mesh panelling on its toes, ankles and heels. The camo pattern undergoes a slight change in shades, now more closely associated with the fall season, in a leather overlay. The rest of the sneaker is accented in a black & white colour combo across the upper on the laces, plastic overlays the nike swoosh and midsole rounding it off with the orange air max unit and rubber outsole. The sneakers are set to drop on June 19 and will retail for £129.95.

Set your reminders and head on over to the nike SNKRS app to cop yourself a pair.