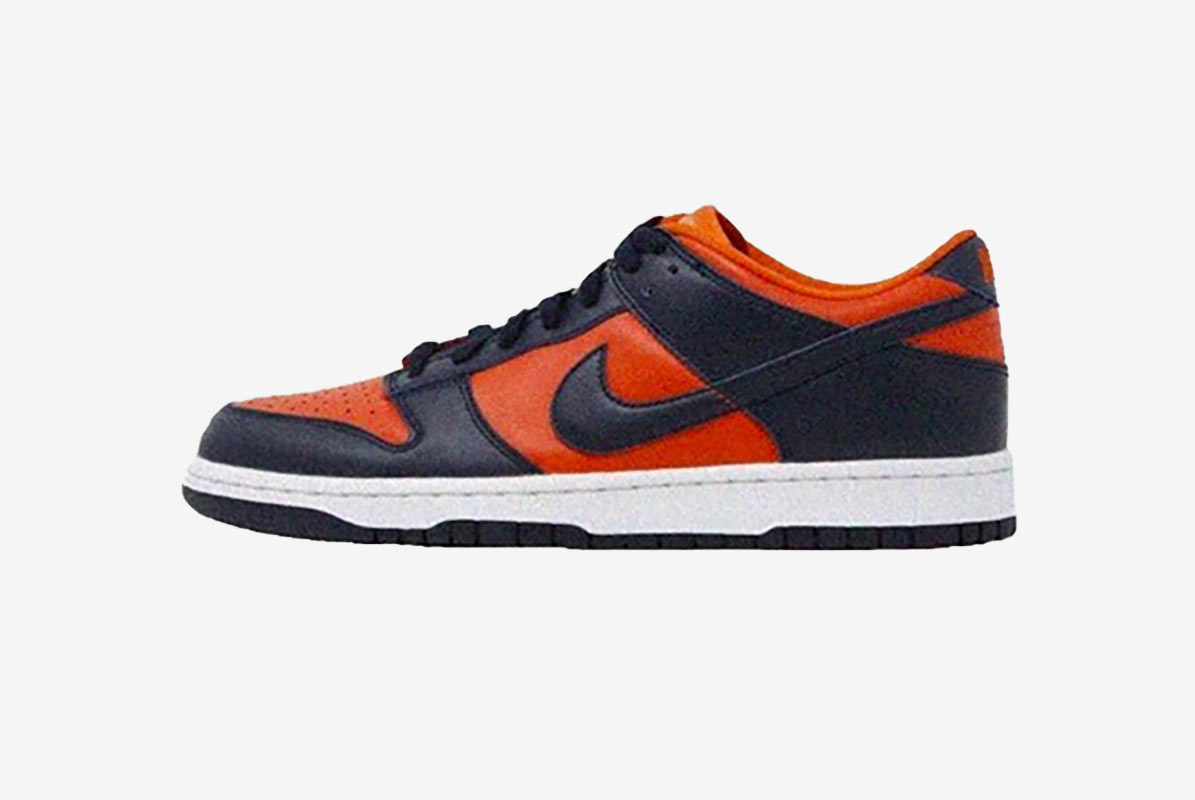 Nike have recently been released various pairs of the classic Nike Dunk Low as part of their new ‘Team Tones Pack’. So far, the pack has seen various colourways including the University Red colourway and the Brazil colourway, both consisting of vibrant, contrasting colour palettes. Each of the colourways are apparently inspired by various teams which have been associated with the Nike Dunk model over the years, including NBA team St Johns.

Recently, Nike unveiled their third addition of Dunk trainers to the ‘Team Tones Pack’ called Champs Colours. So far, the pack has been a great success with Dunk fans across the globe. The third addition is sure to be just as successful.

The Nike Dunk Low is a classic silhouette from the leading brand, it has been hugely popular in recent years and Nike have been regularly releasing new, updated colourways. The Nike Dunk Low has seen some extremely interesting, iconic collaborations with a variety of labels. Some of the most successful collaborations that have recently paired with the Nike Dunk brand include Travis Scott and OFF-WHITE, both of which were instant sell outs and are must have pieces for any sneakerheads collection. Many of the exclusive Nike Dunk Low editions now resell for hundreds, sometimes thousands, of pounds on resale platforms such as Stock X. Alongside being known for its limited edition releases, the Nike Dunk brand also became prominent within the skateboarding scene, releasing their Nike Dunk SB silhouette. The Nike Dunk SB has become ever popular with skaters, competing with classic skate brands including Vans, adidas and Novesta.

The Nike Dunk Low ‘Champs Colours’ silhouette arrives in a darker colour palette which consists of Navy Blue and Burnt Orange. This particular colourway looks to pay tribute to the New York Knicks and the New York Mets teams, which both represent themselves with these same colours. This slick addition to the ‘Team Tones Pack’ features a smooth leather upper. The leather is panelled and layered with both colours which warmly contrast against each other. Flat laces match the navy blue segments of the upper to create a more consistent and coordinated look for the shoes. The leather tongue is decorated with an orange tab branded with white Nike branding, whilst the shoe is lined with the same vibrant orange. The midsole of the shoe also comes in a white rubber material, which is sandwiched between the smooth, glossy leather and a matching navy blue outsole. The Nike Swoosh makes an appearance on both the medial and lateral sides of the shoe, again in the same navy blue. The toe box of the Dunk silhouette is perforated for extra ventilation and comfort. 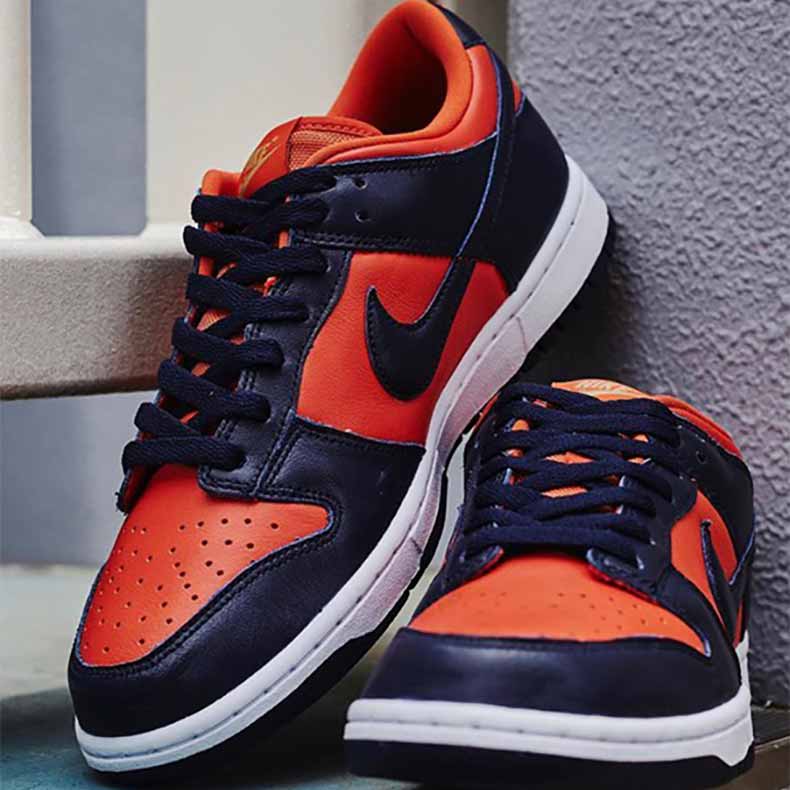 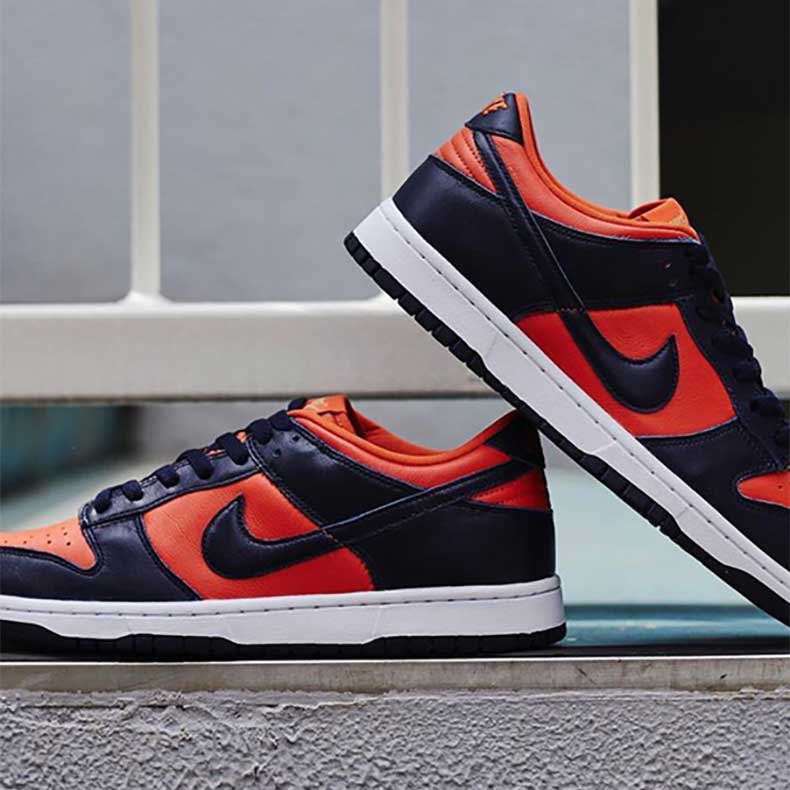 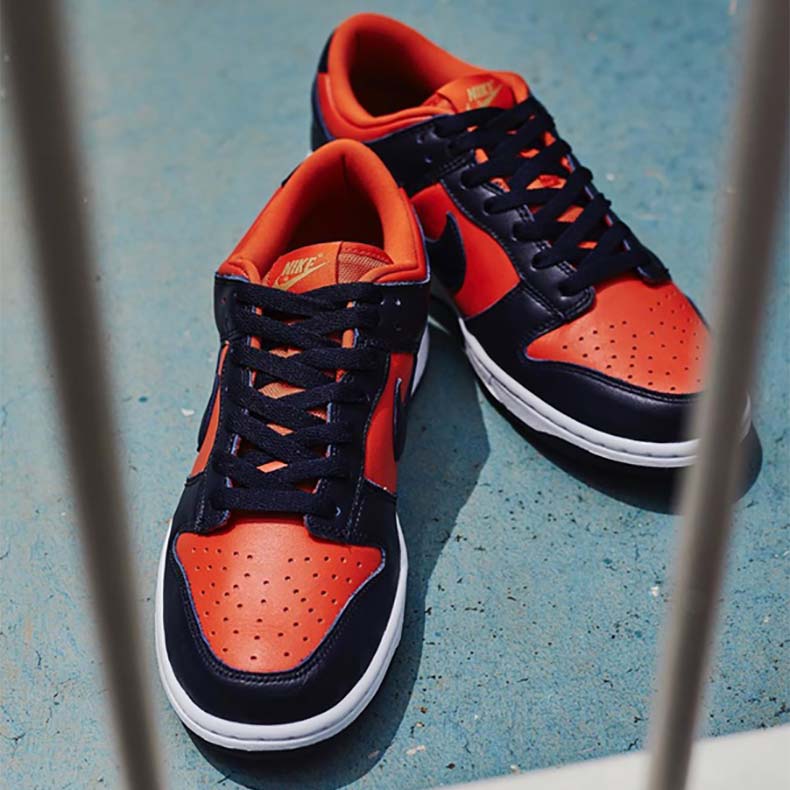 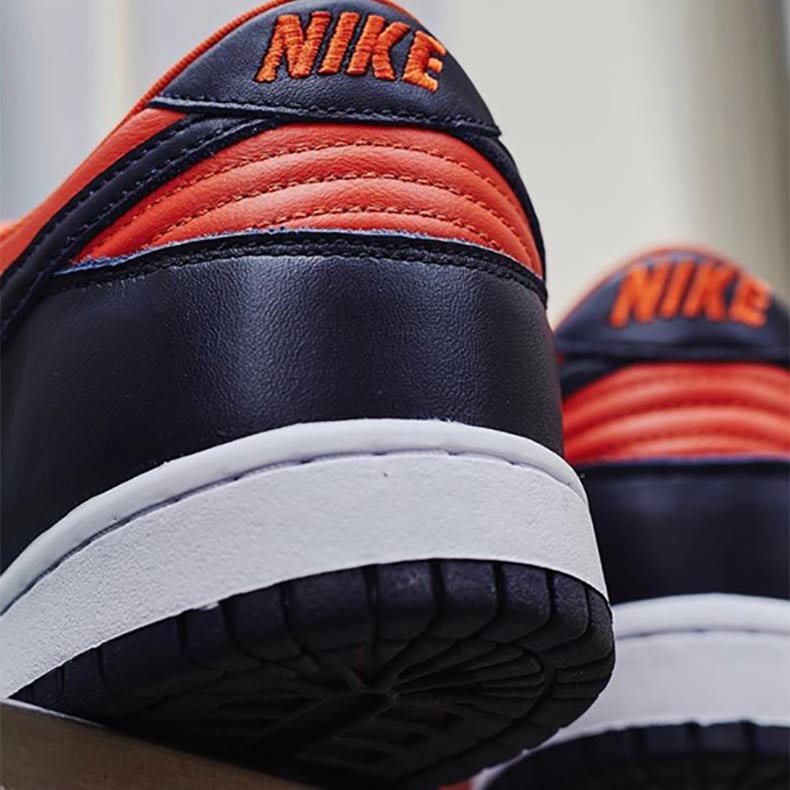 These would look great with some oversized denim jeans and a coloured t-shirt. You could also pair these Dunks with some navy chinos and a baggy short sleeved overshirt for the ultimate skater look.

The drop date for the new ‘Nike Dunk Champs Colours’ is the 24th June. The pair will retail for £85 and will be made available on the exclusive Nike SNKRS app.

Looking for more content like this? Check out our ‘Release News and Blogs’ page for more updates on the latest releases in menswear and seasonal sales, plus, the latest news in the music industry. Don’t forget to sign up to our exclusive The Hoxton Trend newsletter by clicking here, where you can get the latest sales codes and reductions sent straight to your inbox.