Nike Air Jordan are getting ready to release one of their most innovative, ultra-modern silhouettes when it comes to looks and aesthetic. The shoe, which first debuted in the late 90’s and has been previously sported by basketball superstar and founder of the Jordan brand, Michael Jordan, is called the Air Jordan Retro 13. The silhouette is to be resurrected in a ‘Flint’ colourway, which consists of muted navy blues, grey and white.

The Jordan brand is known for being one of the most reputable basketball-based brands within the market today, created by Michael Jordan himself (in partnership with Nike, of course), who now has a net worth of approximately 2.1 billion USD.  Last year alone, Jordan earned an estimated $130 million from his Nike sub-brand, which is four times as much as fellow basketball legend, Lebron James. The Nike Air Jordan brand has been recognized globally, by avid basketball fans and fashion fanatics across the world. Celebrities such as ASAP Rocky, Will Smith, Dave Mustaine, Bones Brigade (including Tony Hawk and Lance Mountain) and Kanye West have all been spotted wearing the brand since its earlier days.

The particular ‘Air Jordan Retro 13’ silhouette first made its appearance in 1997. The silhouette was the last pair of Air Jordan’s that Michael Jordan played in himself, when playing for the notorious Chicago Bulls. The original ‘Air Jordan Retro 13’ was released as an OG colourway in 1998; the design consisted of a red, black and white colourway which was influenced by the Chicago Bulls brand itself. The OG version of the pair was almost identically replicated by the brand and re-released in 2005. Five years later, in 2010, Nike released a retro version of the silhouette to follow the legacy of the shoe’s sporting history. A fourth release of the silhouette was expected by sneakerheads and basketball advocates alike in 2017, however, much to their dismay, the silhouette never came to fruition that year. 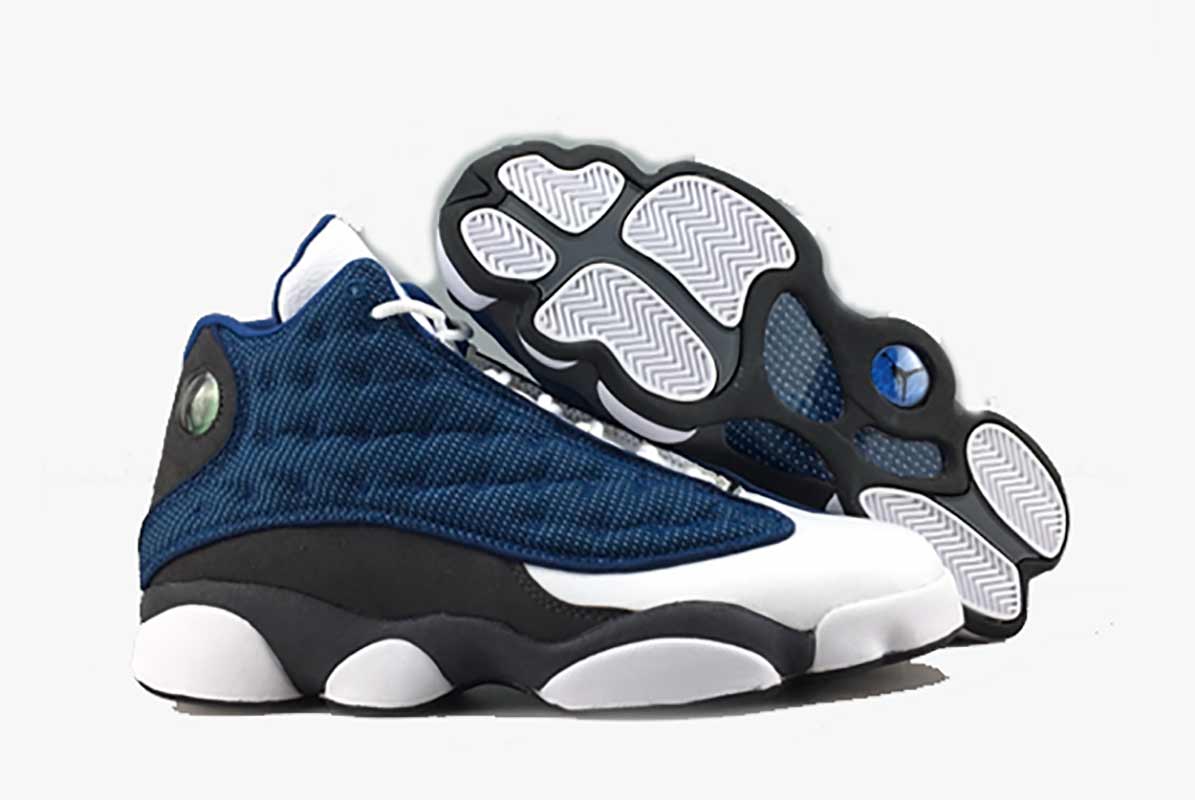 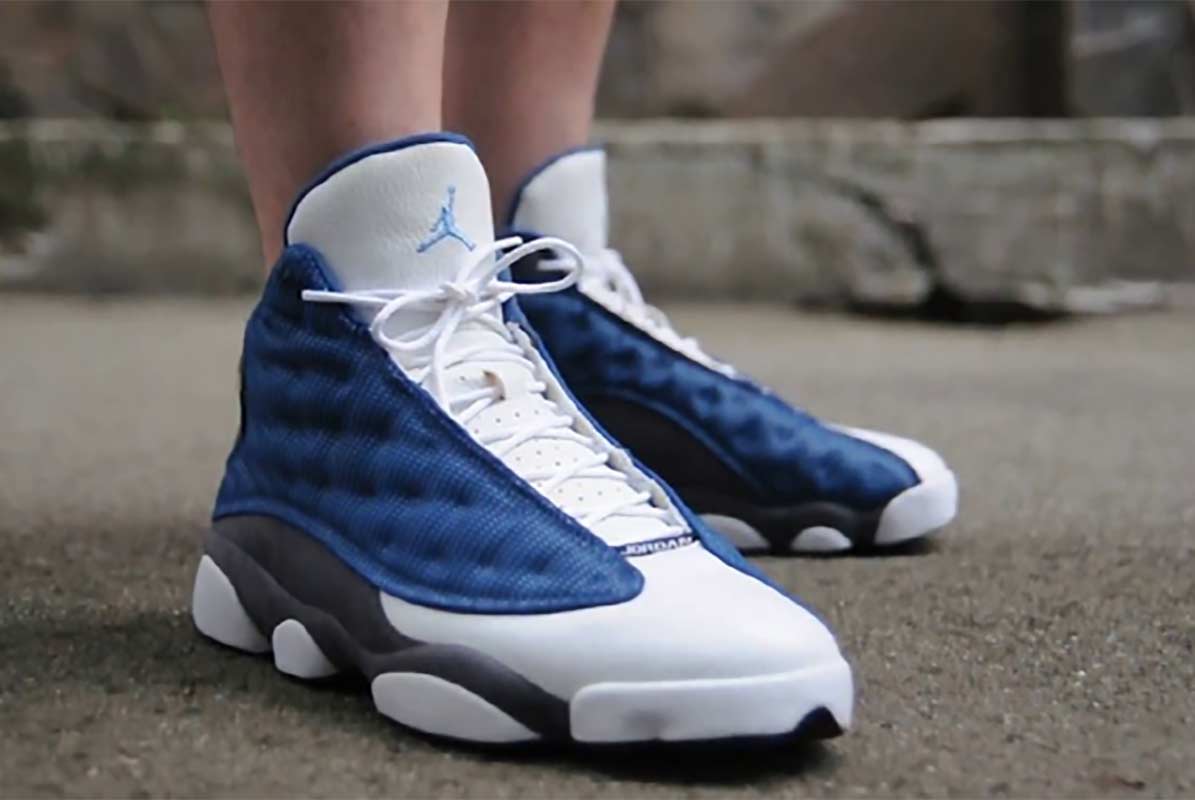 Now, in 2020, the brand are set to release the shoe as a part of their Summer 2020 Air Jordan collection, paying tribute to the original style of this unique silhouette. With an unusually futuristic design aesthetic, Nike are capitalizing their forward-thinking approach by bringing back an iconic OG silhouette which was clearly ahead of its time. 23 years later, the overall shape and detailing of the shoe remains the same. The upper, which is constructed from navy blue mesh overlays, features unusual circular dips across the surface to create a more textured, crater-like appearance. ‘Flint’ coloured suede panels draw across the midsole, mudguard and the heel, which contrasts against the white leather toe box. The white leather continues upwards onto the tongue of the shoe, which is complemented by a matching white lacing system. The rubberized midsole also features clean white, rounded panels which are sharply fused to the grey. Reflective, 3M detailing accompanies the darker upper, to create a modernist look which has the power amplify any outfit. Classic Jordan ‘Jumpman’ branding is embroidered in a baby blue shade over the white, leather tongue, and upon the rubberized air bubble in black/royal blue, which features on the outsole of the trainer. The shoe is finished with a black outsole which deepens the overall look of the silhouette, making it a versatile necessity to your sneaker collection.

The drop date for the Nike Air Jordan Retro 13 ‘Flint’ is 30th May 2020. The shoes will retail at £170 and will be available from retailers including Nike, SlamJam Socialism, JD Sports and END.

If you would like more of the latest upcoming sneaker releases, don’t forget to visit our ‘Release News and Blogs’ page, which will also features the latest updates in music including a first look at Future’s new album ‘High Off Life’.