In celebration of Black History Month, leading sportswear brand Nike have created a new stealthy black kit for England’s national football team. Their first Black History Month release was launched in 2005, with the unveiling of a limited-edition design of the classic Air Force 1 shoe. Ever since, the brand has committed to working with black British athletes to explore and conquer the challenges they face in sport, annually releasing new collections in celebration of the African American heritage. Nike are working hard to stamp out discrimination, promoting equality through their belief that sport has the power to unite a community, encouraging all athletes to be treated fairly.

The kit was created in recognition of black British athletes and the commitment and achievements they have gained for the British teams. Three of England’s most influential football players were selected to model and represent the kit, which was designed to symbolise the solidarity and shared identity of athletes. Raheem Sterling, who has represented England at senior level 53 times over his career, Tammy Abraham who has scored nine goals for Chelsea during this season alone and has now been called to play in the men’s senior team competitively for the first time, and Marcus Rashford, who has already won 34 caps for England playing internationally at just 21 years old. 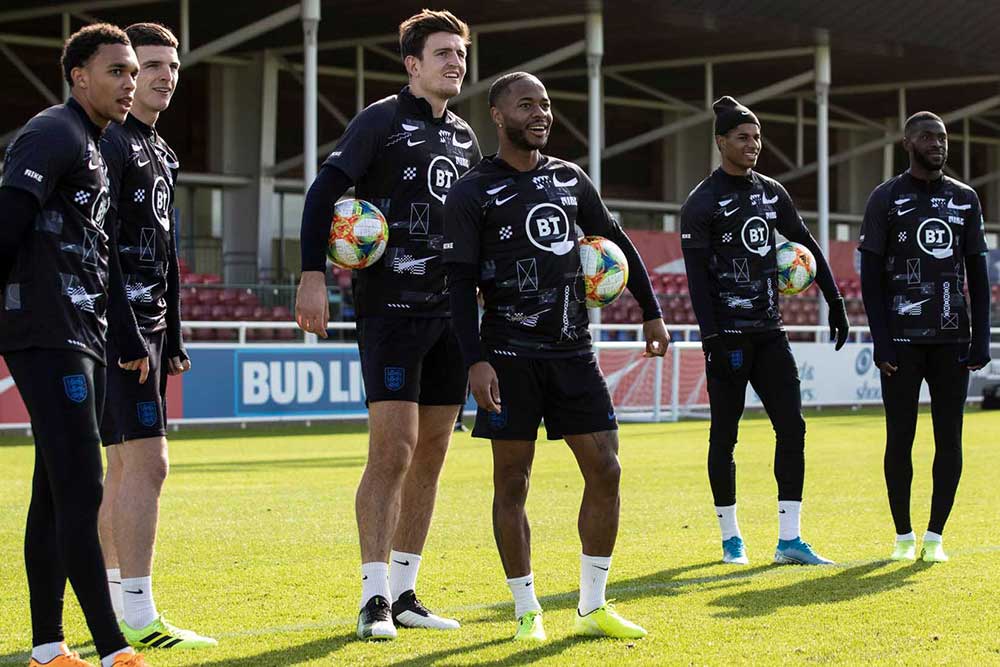 The jerseys have been created in two colourways, one with a black body and white graphics including contemporary looking redesigns of the Nike Swoosh logo, and the second iteration in white with black graphics. The striking visuals are used to make a bold statement and inspire change through those who wear the collection. Through their commitment to Black History Month, Nike and it’s partnering companies are dedicated to levelling the playing field in consideration of black British athletes, hopefully opening new pathways and opportunities for upcoming generations.
The England men’s squad are due to represent the campaign, wearing the kit at the international camp that takes place this week. It is yet unconfirmed if the kit will eventually go on sale to the public.

To see more of this limited collection