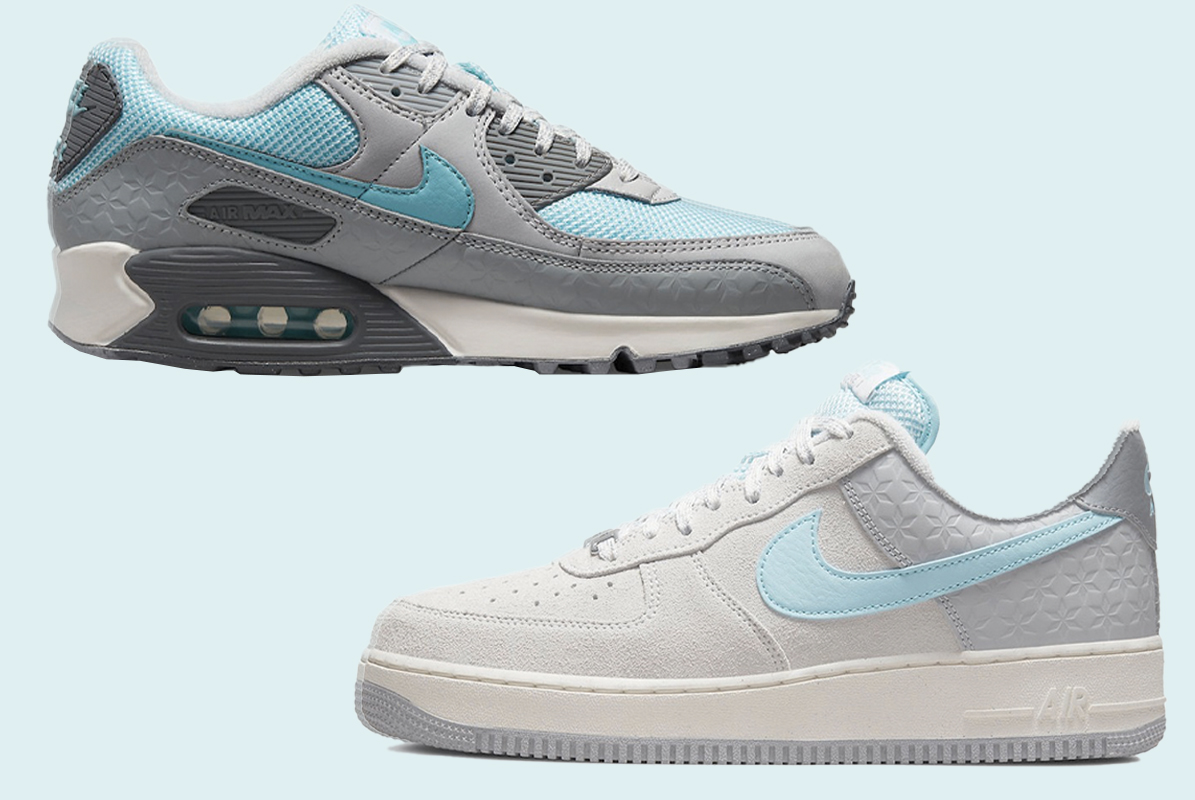 Starting off 2022 strong, Nike have released more images of the snowflake pack. Creating reiterations of the classic Air Force 1 Low and Air Max 90 silhouettes. Called the snowflake pack after it’s powdery blue and icy colour palette as well as the snowflake-esque pattern that covers the mudguard.

The Air Max 90 keeps the waffle sole and tonal topstitching. This time Nike add two-tone accents and a textural leather snowflake overlay at the midsole. Pale blue accents run across the vamp, tongue, and collar, finished off by speckled two-tone laces.

The second silhouette reimagines the iconic Air Force 1 Low with a soft-touch suede – almost reminiscent of snow. A clean, icy grey upper pairs with the pastel blue Swoosh and upper tongue which pops next to the white midsole. A custom frosted snowflake hangtag featuring swoosh branding completes the look.

With a date for release to be confirmed, make sure you keep checking The Hoxton Trend. There is also every chance that Nike will release more images of more silhouettes, allowing this pack to grow even more. 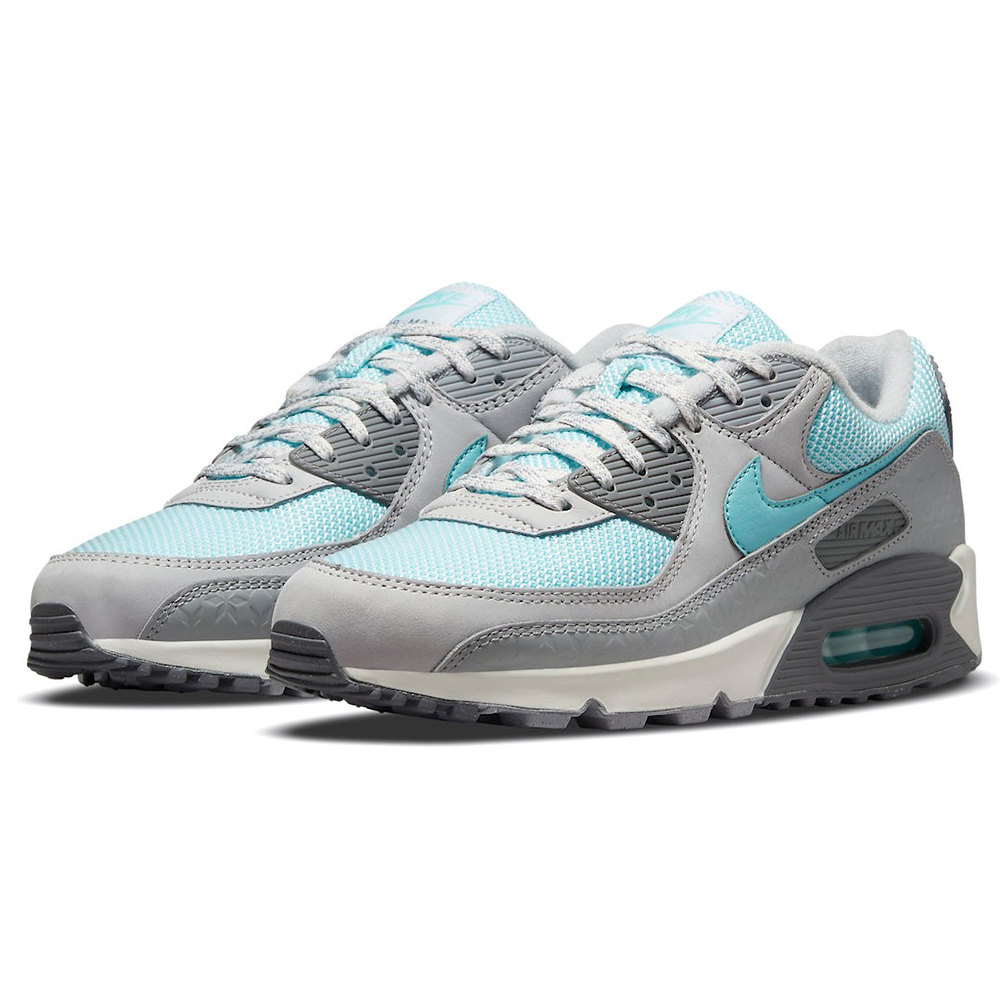 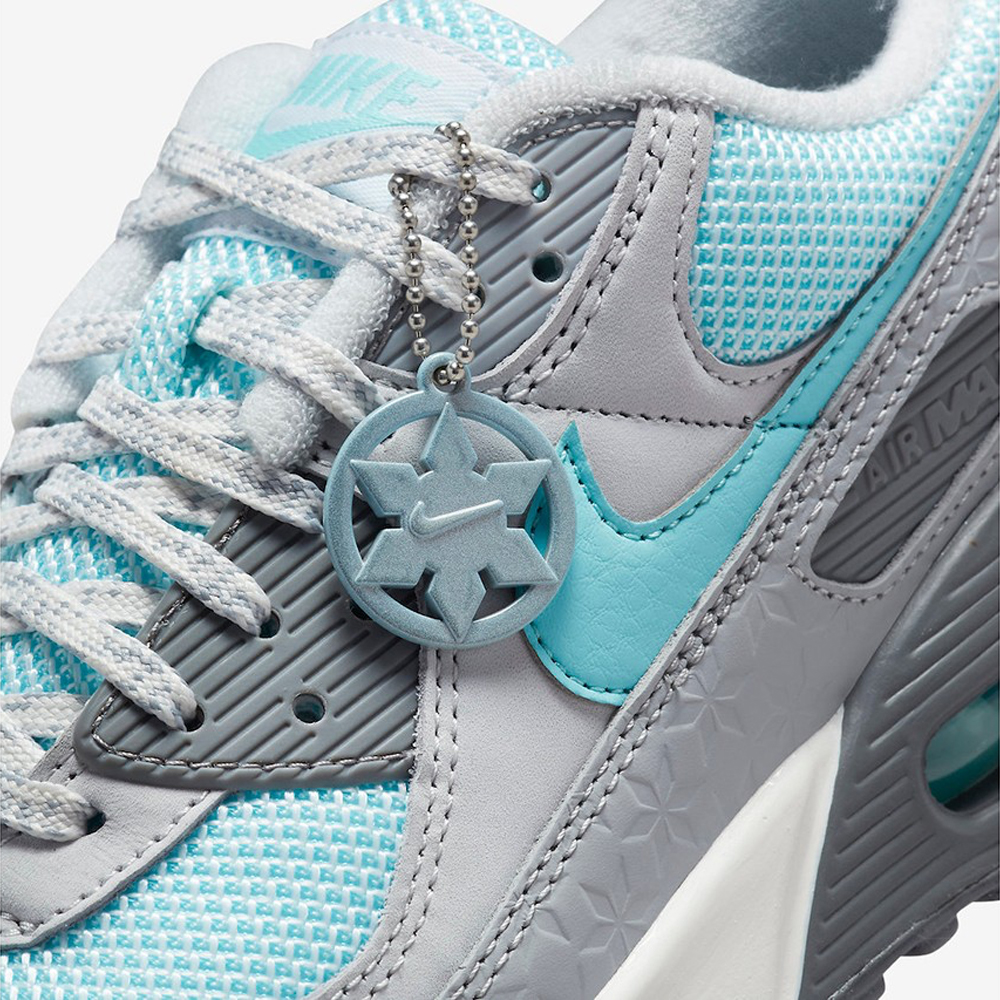 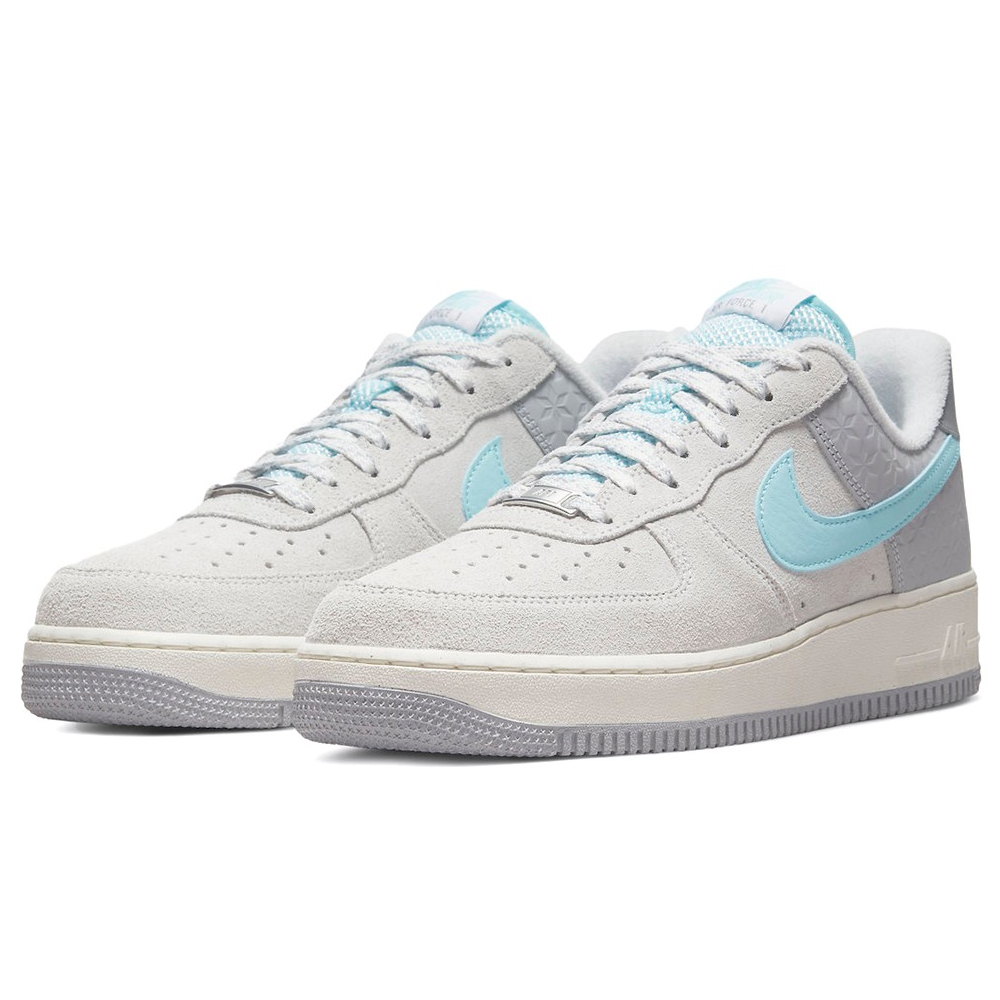 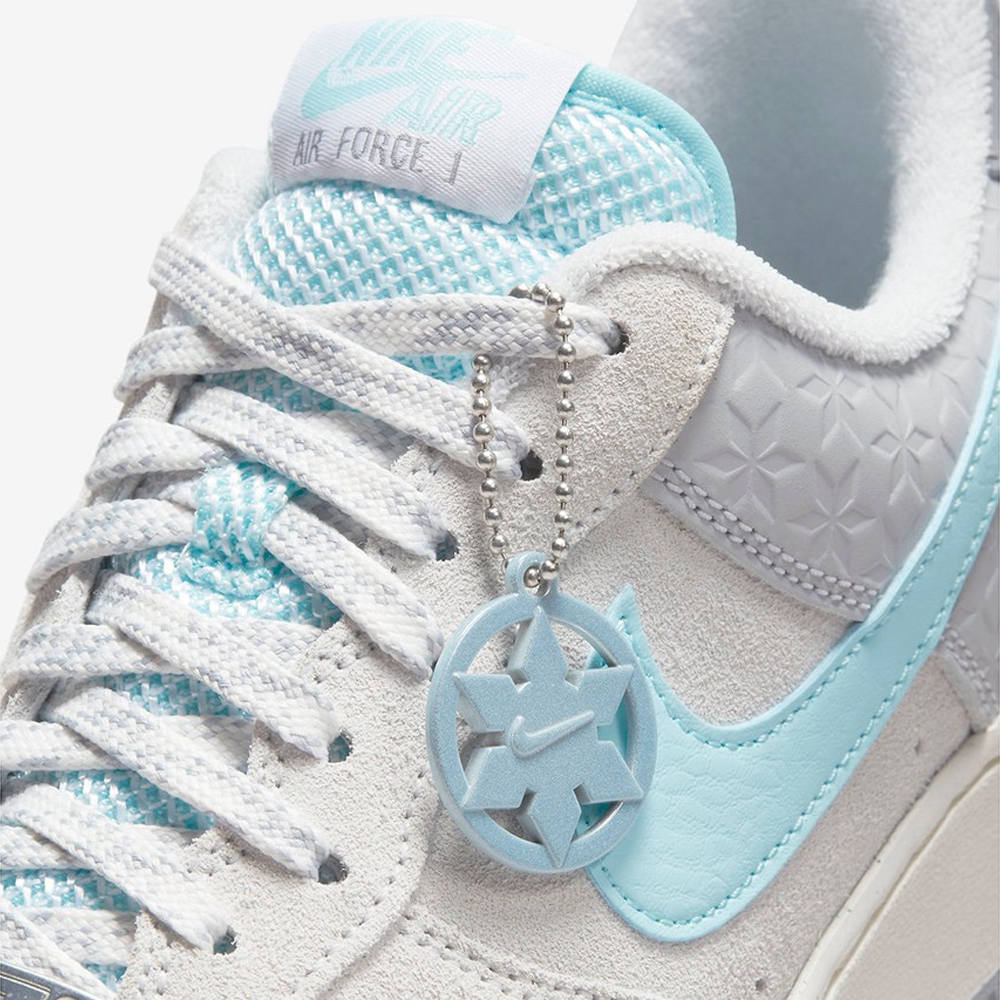