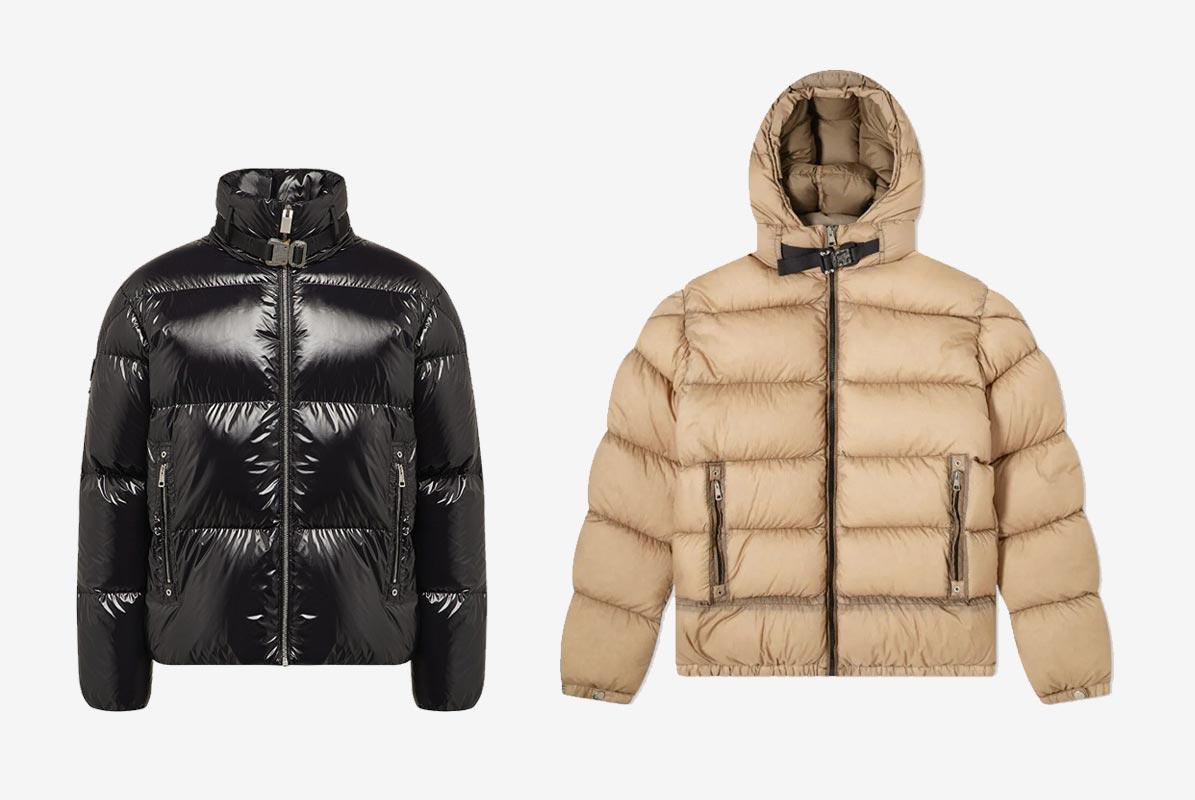 This Moncler Genius x 1017 ALYX 9SM collaboration will be a fan favourite for sure. Moncler was first established in 1952 and since then has gained an unmatched reputation. In February 2018 Moncler launched the Moncler Genius project, a new creative and business model where well-known designers create distinct collections interpreting Moncler’s identity that are released on a monthly basis. Despite being a newer spin-off, Moncler Genius is just as popular. 1017 ALYX 9SM is a much newer brand, founded in New York City in 2015 before moving to Italy, ALYX is now a worldwide name and has had collaborations with other big names like Nike, Dior and now Moncler. 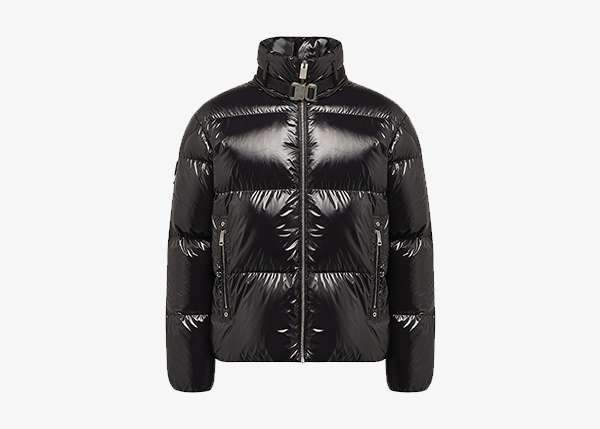 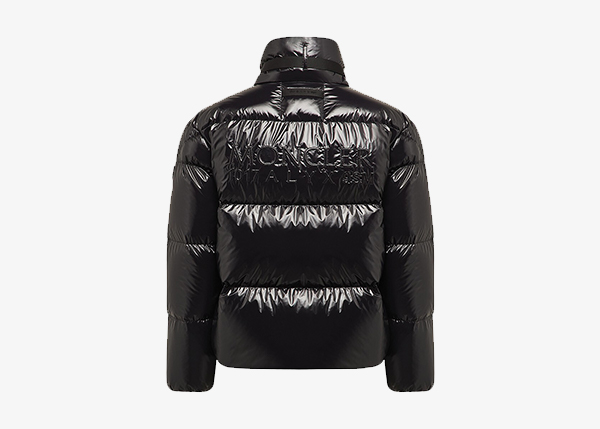 The MONCLER GENIUS X 1017 ALYX 9SM MAHOGANUS JACKET is a regular fit jacket complete with a high neck design. The jacket also has branded buckle details, dual side zip pockets, woven branding tabs and engraved metal detail. It is 90% Goose and 10% Feather Down so will definitely keep you warm throughout winter. The item retails at £1265 but is £1075 from Sevenstore with code HOX15  at checkout. 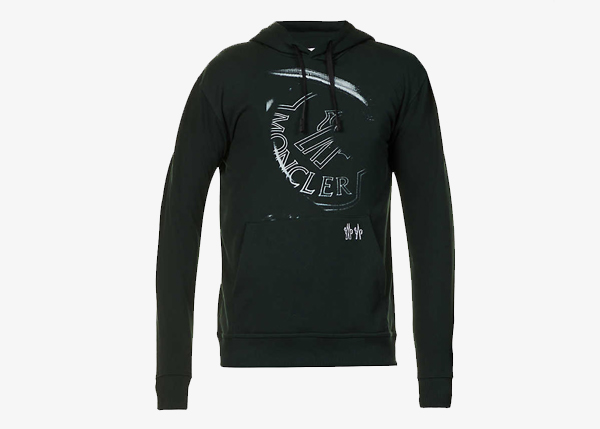 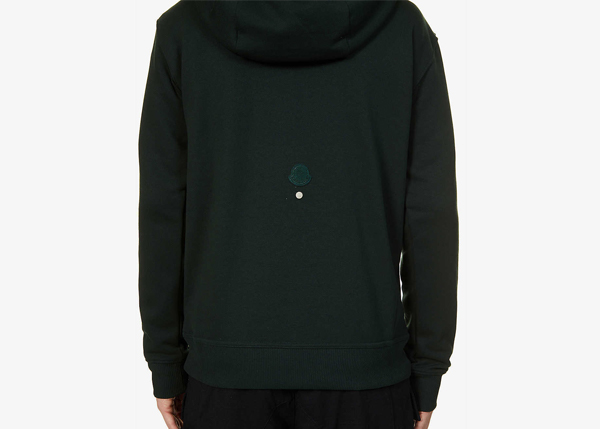 The Moncler Genius x 6 Moncler 1017 ALYX 9SM brand-print cotton-blend hoodie combines Moncler’s luxury quality with ALYX’s modern design. The hoodie is 52% cotton, 48% polyester to give a warm and stretchy feel perfect for the winter months ahead. It features brand print at front, embroidery at pocket, and a branded patch at back. The hoodie retails for £355. 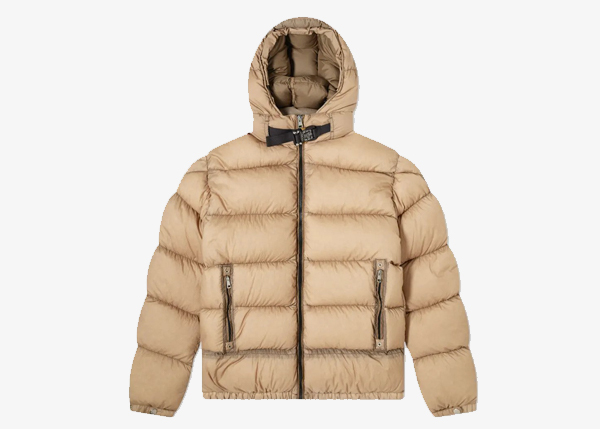 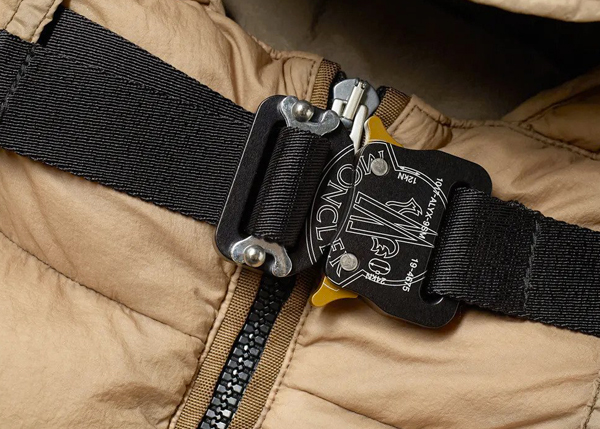 The MONCLER GENIUS X 6 Moncler 1017 ALYX 9SM Tan Down Almond Jacket features a webbing trim in black throughout, a bungee-style drawstring at the elasticised hood, an adjustable webbing strap in black with a signature logo-engraved anodized aluminium press-release fastening buckle at stand collar. It is 90% goose down, 10% feathers so will keep you warm throughout winter. The jacket retails for £1340 and is also available in Black and Silver. 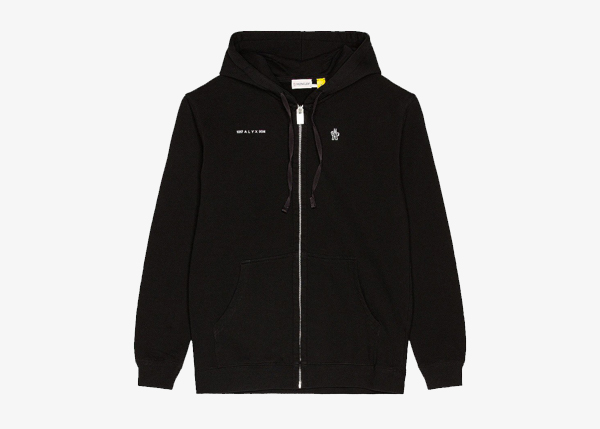 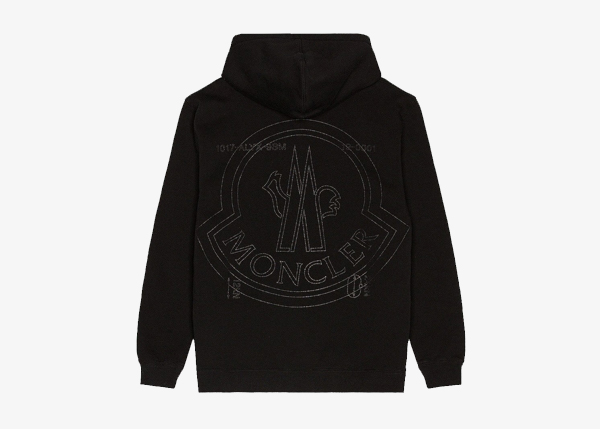 6 Moncler 1017 ALYX 9SM Black Zip-Up Hoodie is a long sleeve garment-washed fleece hoodie in black, with a drawstring at the hood, a signature logo and graphic printed in white at chest and rib knit cuffs and hem. It is 100% cotton so will be comfortable and warm. The hoodie retails for £590 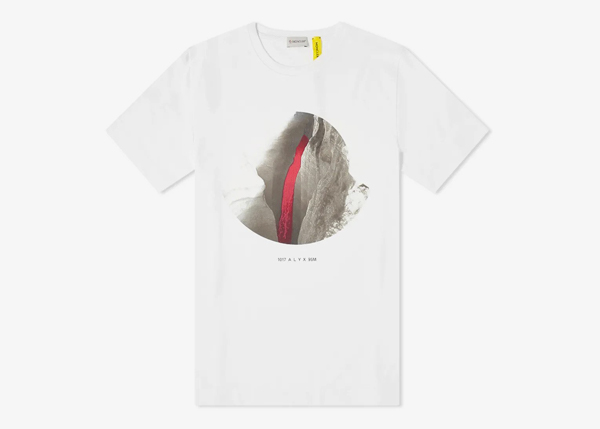 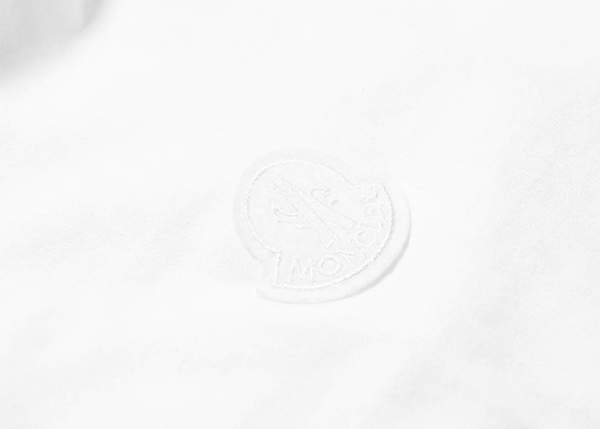 The MONCLER GENIUS 6 Moncler 1017 ALYX 9SM White Graphic T-Shirt is short sleeve with rib knit crewneck collar. It also comes with graphic printed in shades of grey and pink and logo printed in black at front. The T-Shirt retails for £285 and is available in white and black.

The collection is available to buy now through our links! 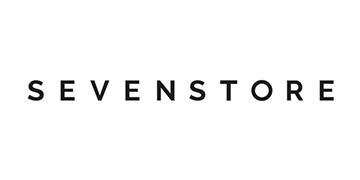 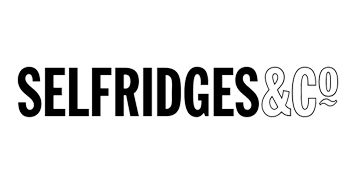 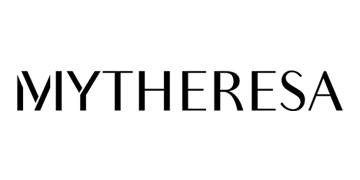 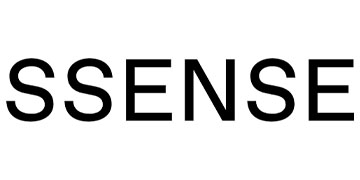