As Virgil Abloh has built his luxury menswear empire with the OFF-WHITE brand, the designer has become renowned for his use of bold graphics, intense colour and innovative design detailing. The OFF-WHITE brand has been seen to excel over the past few years, with thanks to the streetwear and sneaker culture movements that have developed into one of the most popular, influential trends, currently within the industry. Gaining his name as a designer in the fashion industry lead Abloh to be appointed men’s creative director of top luxury fashion house, Louis Vuitton, back in 2018. As Abloh continues his exploration within avant-garde styling, his latest project has finally been unveiled, created in collaboration with Japanese designer and founder of A Bathing Ape*, Nigo.

Throughout his career, Virgil Abloh worked to follow in similar footsteps to Nigo, who is also a music producer. The pair first met 15 years ago during one of Abloh’s visits to Japan. Nigo has aided Abloh in educating himself as a designer within the realms of streetwear and leading brands of the movement, including names such as Supreme and A Bathing Ape*. The Japanese designer constantly inspired him on how he could build an inventive, contemporary brand of his own. Nigo’s most current brand is called Human Made, which was founded a decade ago, in 2010. The Tokyo based brand is the latest label to have a collaborative project with Louis Vuitton.

The aim of the collection is to subvert ideals and expectations of the LV brand, based on the paradigm of recent collections from Abloh. This time, the Louis Vuitton x Nigo collection has very little focus on the streetwear style it has become recently recognized for. As Abloh tries to bring more modernism to his collections, he is still diverting from what is now a mainstream trend to bring more individuality and oneness to the ‘Vuitton label. 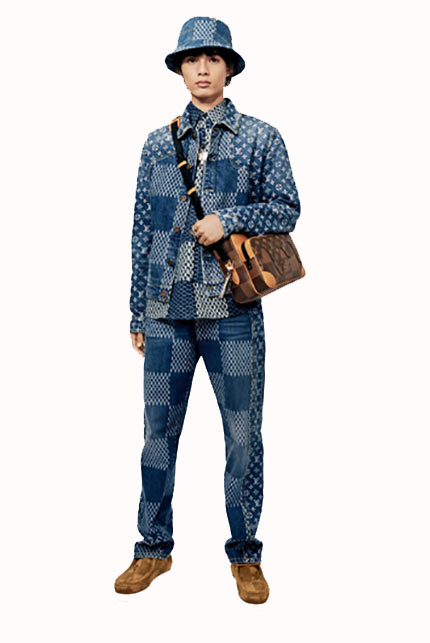 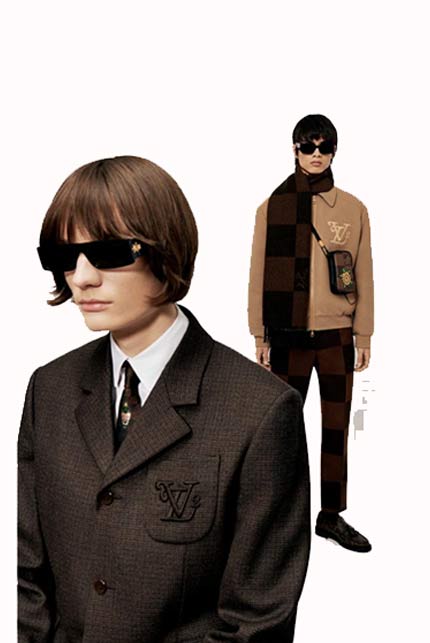 The new ‘LV2’ collection prioritises a mix of heritage and traditional influences of the Louis Vuitton label to create a more focused, distinct vision towards the collection. The ‘LV2’ collection sees a range of vivid design details and decorative elements. Overall, it is dominated by a range of graphic monogram prints, checked co-ords and even polar bear graphic ties. The neutral palette makes each piece extremely versatile, heavy with shades of coffee brown, camel and denim blue. Abloh x Nigo especially play around with classic materials such as quality denim and genuine leather in this collaboration. The classic Louis Vuitton monogram is prominent through the majority of the range, featuring heavily on the denim co-ord set, denim shirt and bucket hat, and on the leather goods which include a holdall bag and a pouch bag. Some other key pieces from the collection include a leather bomber, which is detailed with a fur lined hood and graphic printed back, plus a brown check scarf and a tweed blazer emblazoned with a decorative update of the LV logo on the left chest pocket. 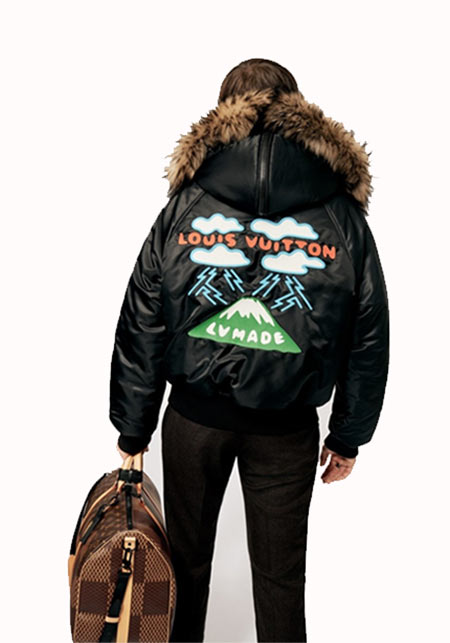 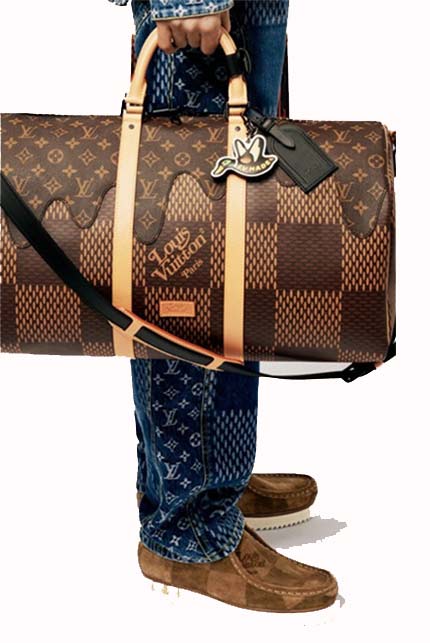 The collection is set to release in two instalments. The drop date for the first release of the LV2 collection is the 26th June, whilst the second release is due to drop just two days later on the 28th June. The collection will be made available on the official Louis Vuitton website which you can access by clicking here.

Want more content? Check out our ‘Release News and Blogs’ page for more articles on the latest releases and goings on within music and menswear. Plus, we’ve got new features for you to check out on our website, including Style Guides and a sign up to our exclusive newsletter.