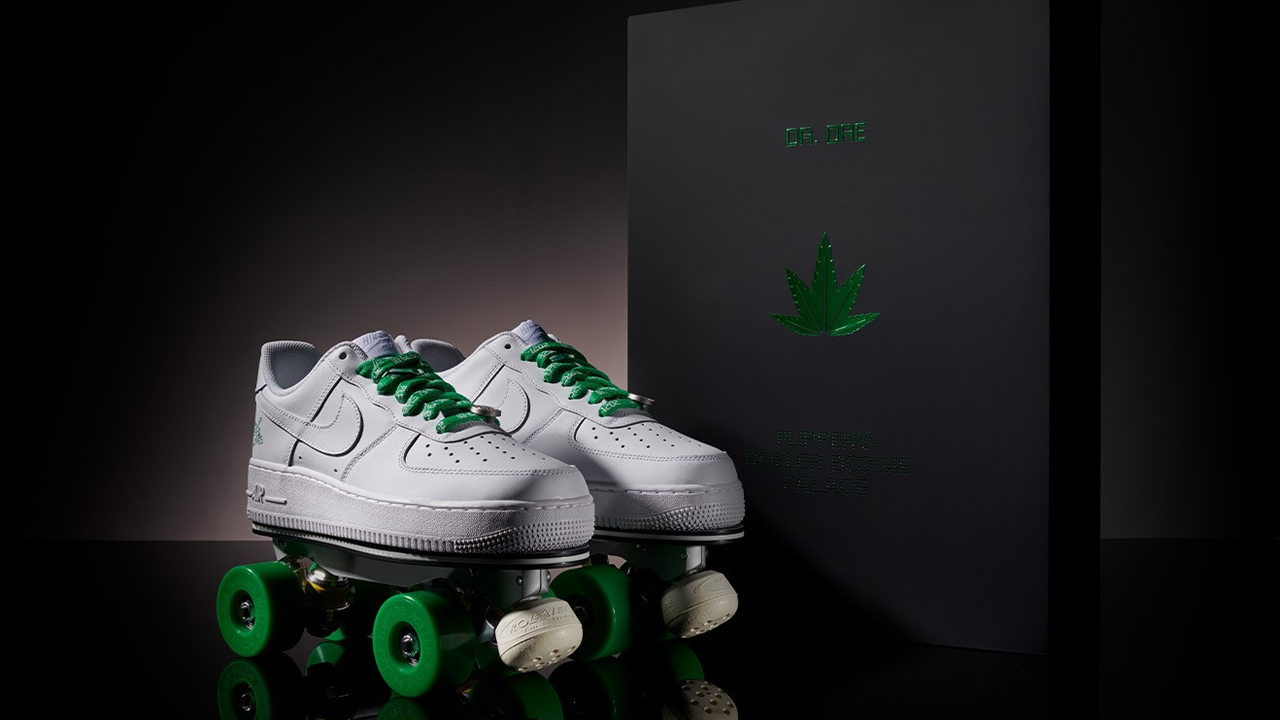 In celebration of the official opening of Flipper’s new skating rink in London, they’re now debuting the ‘Chronic Skate’ in recognition of NWA’s Dr. Dre’s first studio album, The Chronic.

The now iconic album celebrates its 30th anniversary in 2022 after setting Dr. Dre on the path to become one of the most successful musicians and producers to grace the earth.

For those unsure, Flippers is a skate brand who focus on roller skating and was founded in 1979 by Ian ‘Flipper’ Ross in West Hollywood, California. During the 70’s, Flipper’s skating rink in California become a legendary LA hot spot, helping the brand build a reputation and a loyal and passionate community.

Since then, Flippers have only grown and are now a well established skating brand around London – with a new skating rink set to open in West London, Ariel Way. 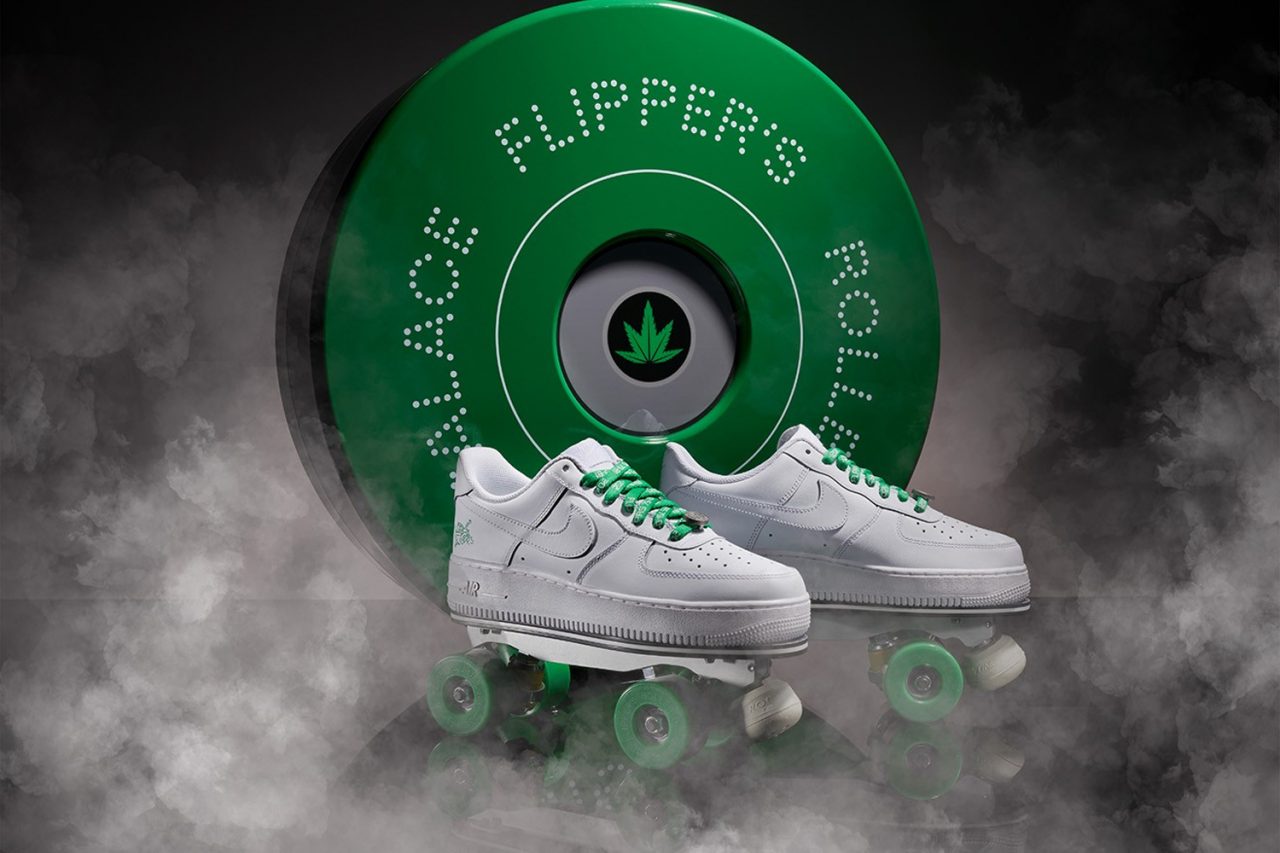 Flipper’s co-founder Liberty Ross, decided to celebrate Dr. Dre by designing a hybrid trainer. Remixing the Nike Air Force 1 in white was a smart decision considering Dr. Dre has publicly expressed before that he doesn’t wear any other trainers.

The new Chronic Skate made their debut during the Flipper’s ‘Skate Heist’ short film, which just  premiered via MTV. 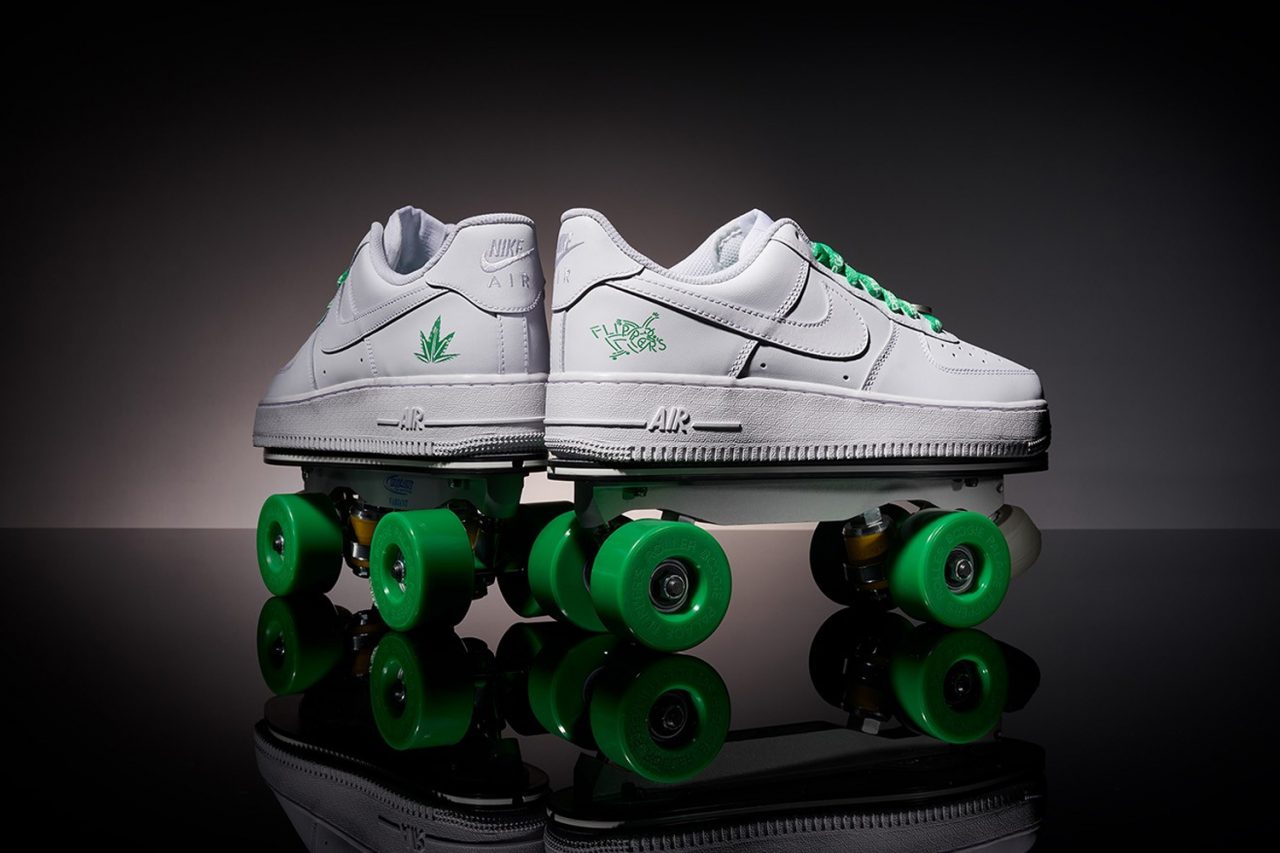 The ionic Air Force 1 silhouette in white has maintained it’s classic white leather look, as it serves as the base for the Chronic Skate.

Green Flipper’s branding can be seen on the right heel and a Chronic leaf illustration is placed on the left. Finishing off the trainers is of course Flipper’s-branded wheels which are installed and ready to hit the rinks.

With fewer than 200 in existence, you can get your hands on a pair of Dr. Dre skates via the sweepstakes registration on the Flippers site. You can also enter the draw to win one of two pairs of the Chronic Skate – signed by Dr. Dre himself.

Not tipped for a re-release, a limited number of the Chronic Skate will be released for purchase at Flipper’s London and New York City retail stores on Wednesday 16 November.