Founder of American menswear label Fear Of God, Jerry Lorenzo, has collaborated with Nike once again to create a new iteration of the ‘Air Fear Of God 1’ model, this time in a stealthy, triple black colourway.

The Fear Of God brand, which was first founded in 2013, works to blur the line between high-end fashion and streetwear into something that is stylish, affordable, and versatile for their audience. As a younger brand, in a competitive and ever growing market, the success of Fear Of God has been recognized throughout the industry, appraised and endorsed by designers and celebrities which include Michael B Jordan, Justin Bieber, Kanye West and Jonathan Cheban. Now being one of the most competitive labels in the high-end/streetwear sector, the brand is forever pushing boundaries to create more innovative designs, whilst collaborating with brands such as Vans and Ermenegildo Zegna.

Now, Jerry Lorenzo is hitting back once again with a new Nike collaboration. Following some of their previous collaborative projects, including the ‘Nike Air Skylon 2’ model and the ‘Nike Air Fear Of God 1’ silhouette in a variety of shades, including the monochromatic, fluorescent orange colourway (which is now reselling on Stock X for over £800), the project reinvents their signature ‘Air Fear Of God 1’ model. This silhouette merges the proven performance enhancing innovation, which was developed by Nike themselves, with slick looking features to create a futuristic appeal to luxury streetwear. 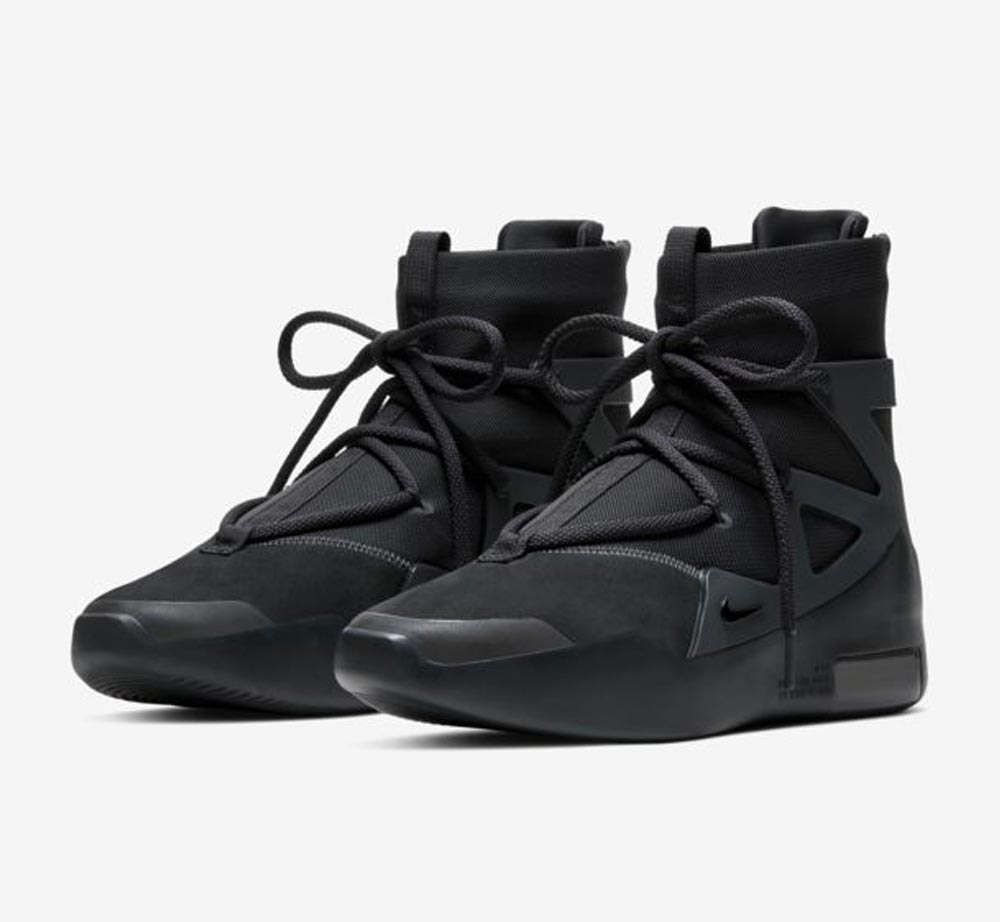 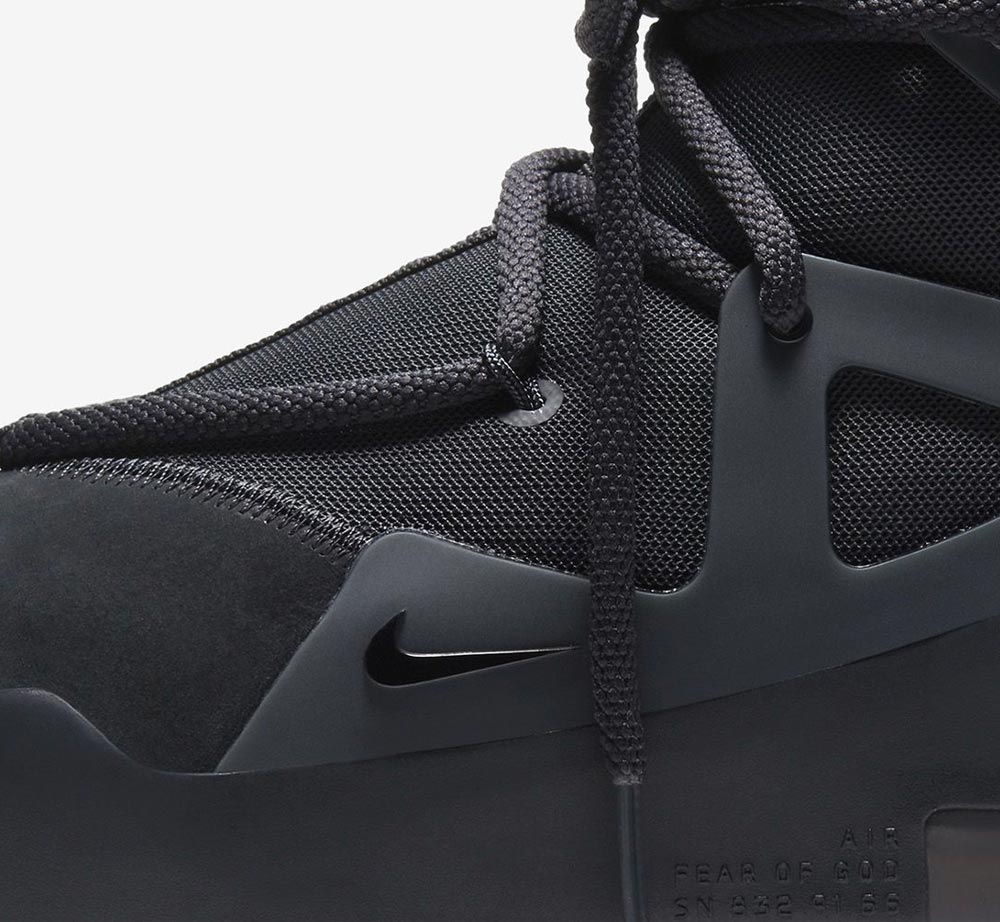 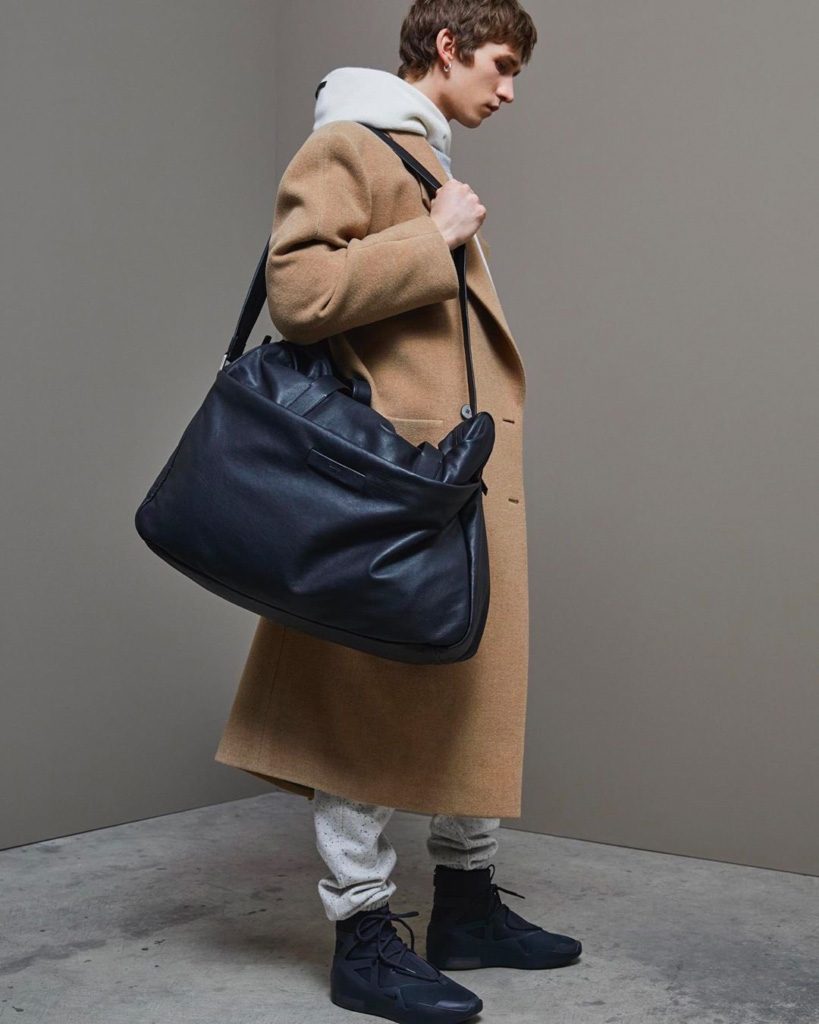 The minimal design provides a new perspective on sneakers and footwear design, which makes this particular silhouette such a stand-out piece from the brands’ collaborations. The ‘Air Fear Of God 1’ shoe features its own double height ‘Zoom Air’ unit which increases the comfort and cushioning beneath the footbed, making is appropriate to wear in both sporting and leisure activities. The zip featured on the heel adds practicality and ease of movement when putting the shoe on or taking it off, whilst the minimal black laces can adapt the shape of the shoe to the foot, by tightening or loosening the strings. This particular redesign comes in a triple black colourway. Its black upper is structured with the matching TPU cage across the sides and the top of the upper, adding an ultramodern aesthetic to the shape, which is inspired by the ‘Air Huarache Light’ silhouette.  These neutral tones mean the shoe is a versatile option for pairing and styling with other garments and shapes. You could pair them with some oversized black sweats and a matching hoodie if you wanted full on Kanye vibes, or wear them with some tapered black jeans and a white t-shirt for an edgier, still casual look. The ‘Air Fear Of God 1’ silhouette has become an iconic addition to any sneakerheads collection – the model has previously been sported by stars such as Odell Beckham Jr and Gianni Lee.

The release also comes with an exclusive Nike x Fear Of God tote bag in a matching black monochromatic palette – the perfect accessory to finish an outfit with or to take out to the shops with you.

The drop date for the Nike x Air Fear Of God 1 Triple Black is the 25th April. Retailing at £299.95, this drop is a guaranteed sell out and is not one to be slept on. The pair will be available at Nike.com and on their exclusive SNKRS App, where you can get access to all the latest releases effortlessly from your phone.