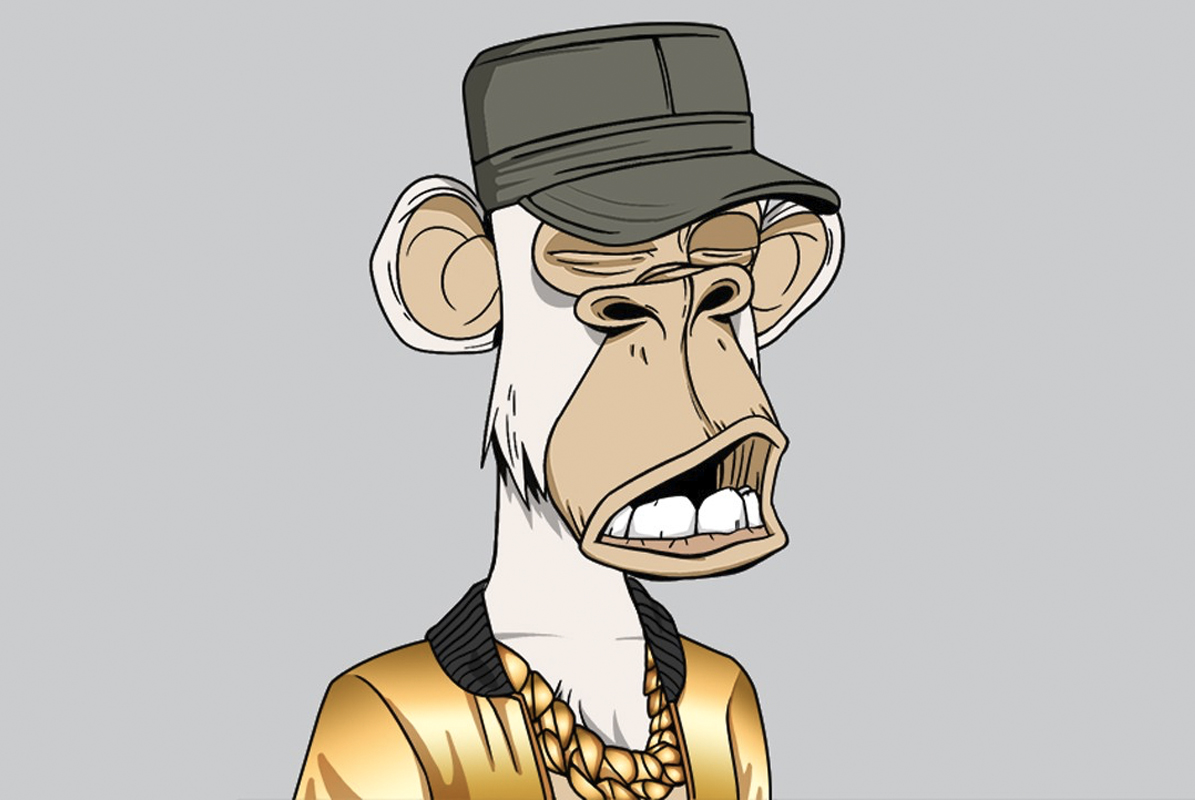 Eminem has seen in the New Year by purchasing a $450,00 Bored Apt Yacht Club (BAYC) NFT that has been designed in his likeness. The NFT, which has been dubbed the ‘EminApe’ was sold by BAYC member GeeGazza. He announced on Twitter that the sale is ‘madness’ saying: “I’m living in a simulation.”

Eminem, who is one of the best-selling musicians of all time,  has not yet confirmed the purchase. However, he did change his Twitter profile picture to the ape. The ‘EminApe’ is wearing the style of a peaked hat Eminem often wears and a gold chain.

NFT’s are still a new concept and if you’re unsure of what it is then let’s try and break it down. NFT stands for ‘non fungible tokens’ and they are unique cryptographic tokens that exists on a blockchain. A blockchain is a system of recording information in a way that makes it difficult or impossible to change, hack, or cheat the system – this means that NFT’s cannot be replicated.

So, NFTs can be used to represent real-world items such as artwork. NFT’s can be anything from digital art to videos to games. It is a physical collector’s items, only digital. Instead of getting an actual painting to hang on the wall, the buyer would receive a digital file instead. A great example is the Charlie Bit My Finger video that sold for £500,000 back in May 2021. “Tokenizing” these real-world tangible assets allows them to be bought, sold, and traded more efficiently while reducing the probability of fraud.

Eminem bought a Bored Ape Yacht Club NFT and the BAYC is a collection of 10,000 unique digital collectibles living on the Ethereum blockchain. Each NFT from BAYC is a digital file that looks like a cartoon ape, but it also doubles as a Yacht Club membership card. Granting access to members-only benefits. 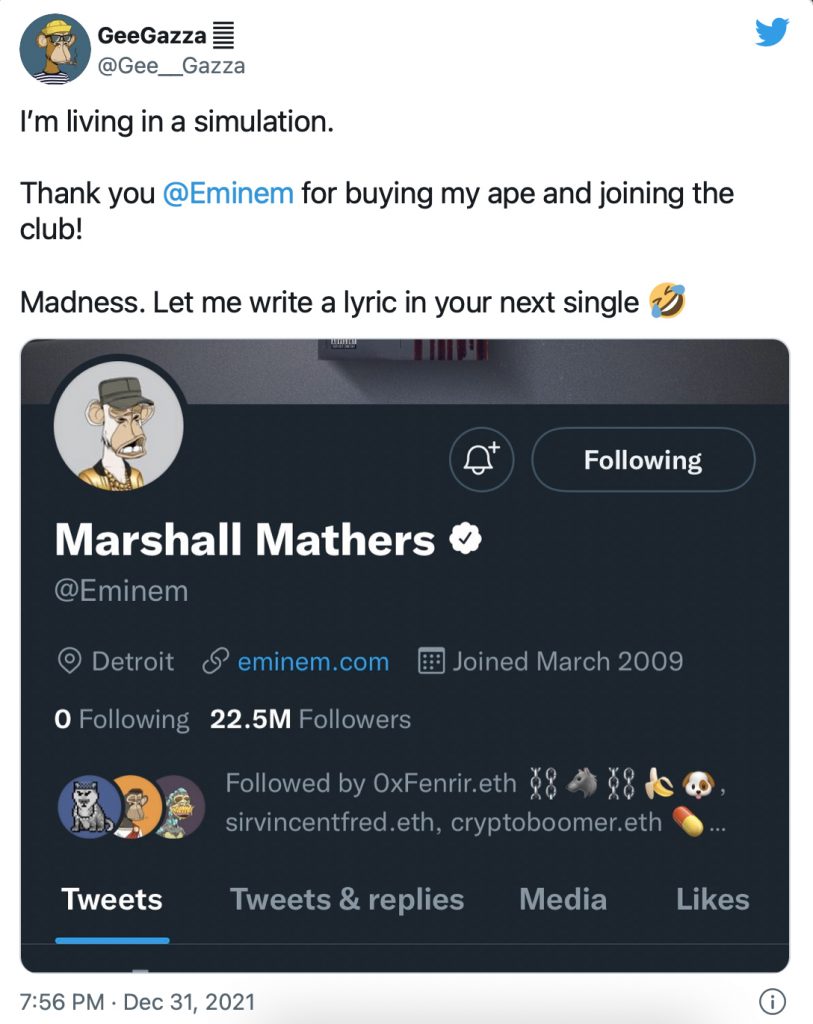 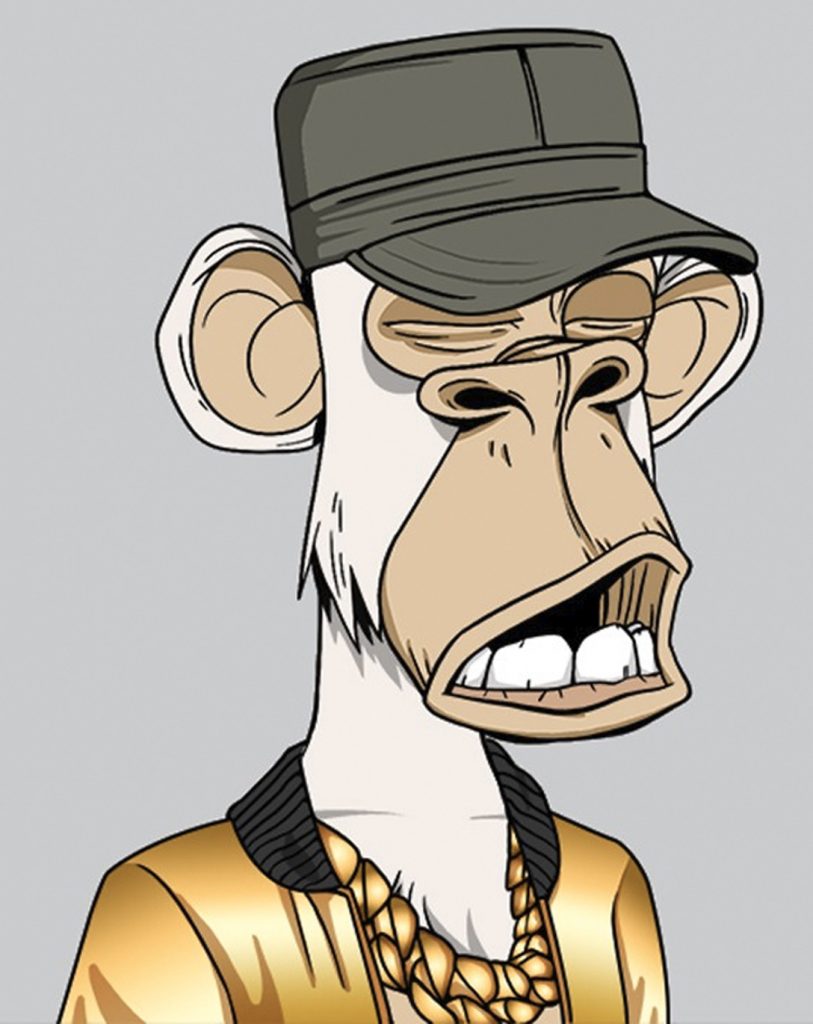 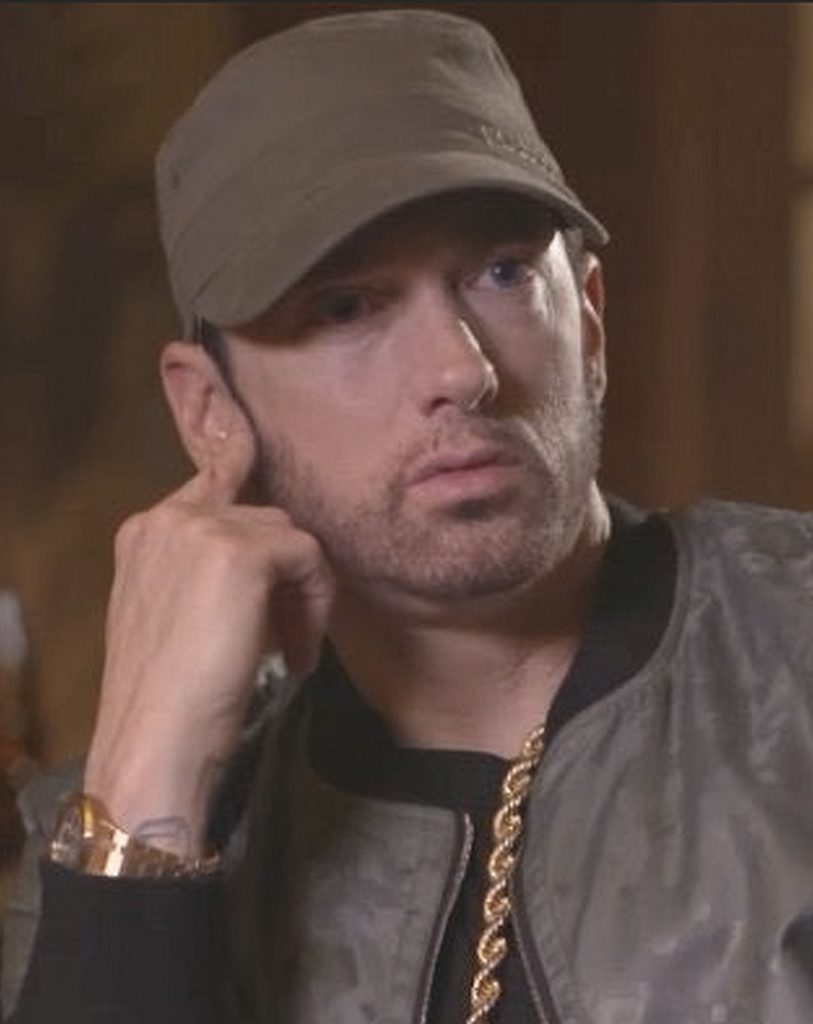 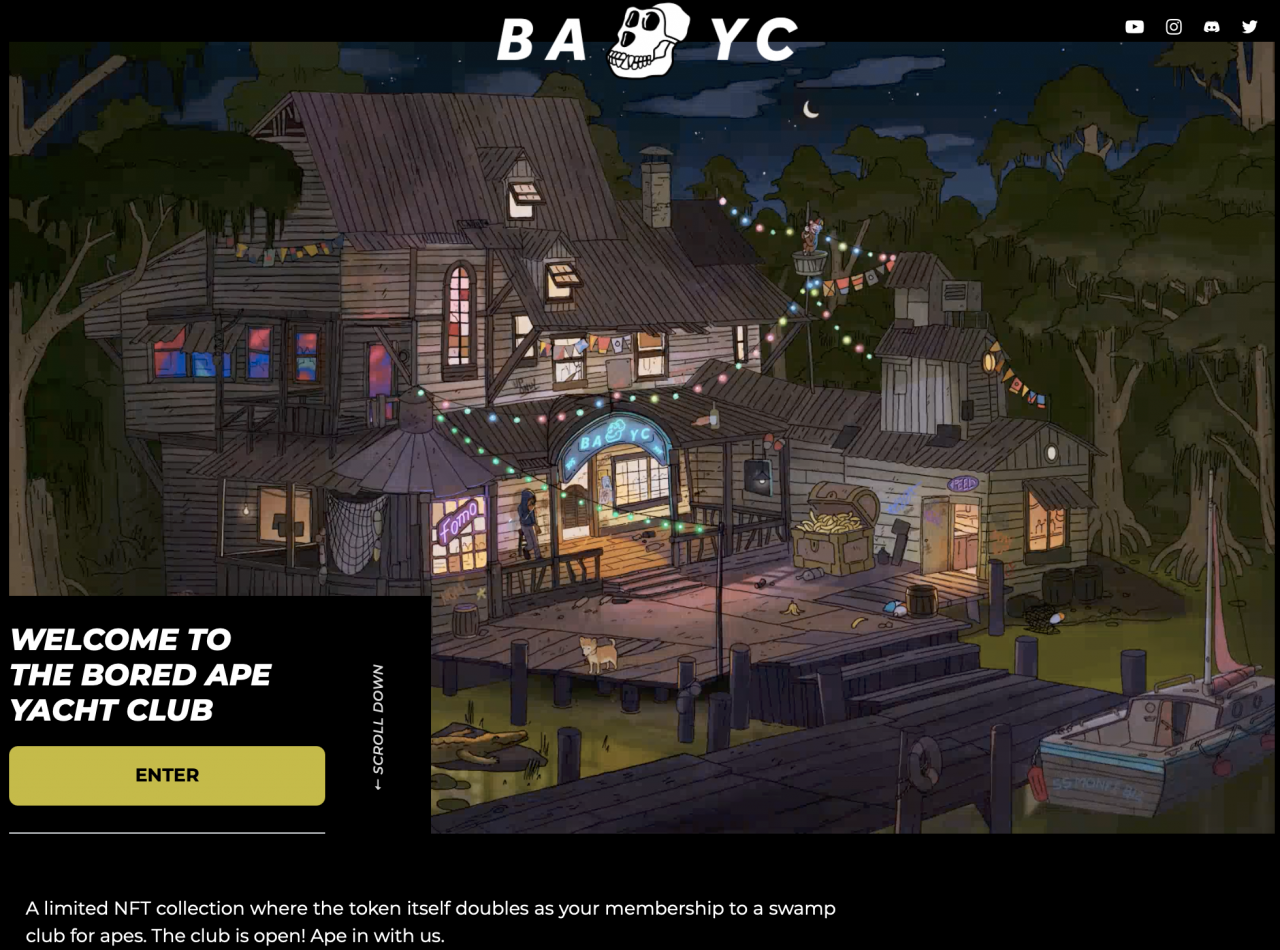